Accessibility links
A Grass-Roots Rally To Protect South Carolina's Massive 'Angel Oak' : The Two-Way The storied tree near Charleston, with an expansive canopy and massive, gnarled branches that sweep the ground, attracts thousands of visitors each year. Local conservationists are rushing to raise enough money to buy the land around the centuries-old live oak to protect it from development. 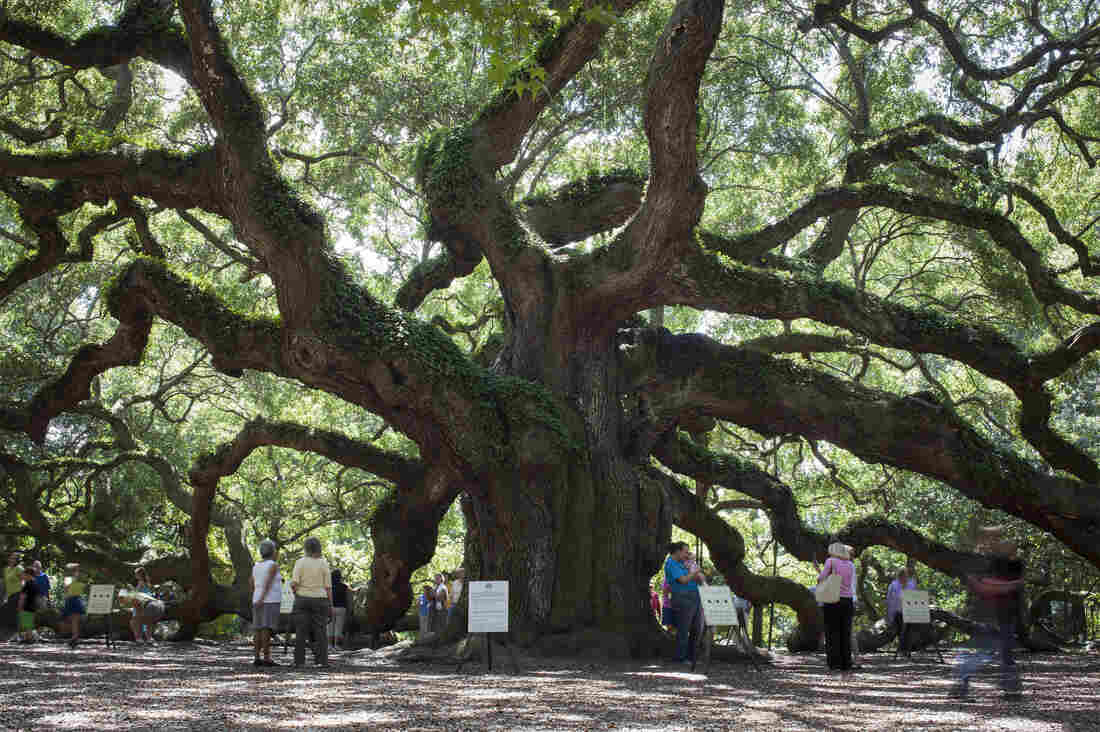 Visitors have flocked to the Angel Oak tree just outside Charleston, S.C., for generations. A local group has until late November to raise funds to buy a parcel of land that they say is needed to protect the live oak from development. Randall Hill/Reuters/Landov hide caption 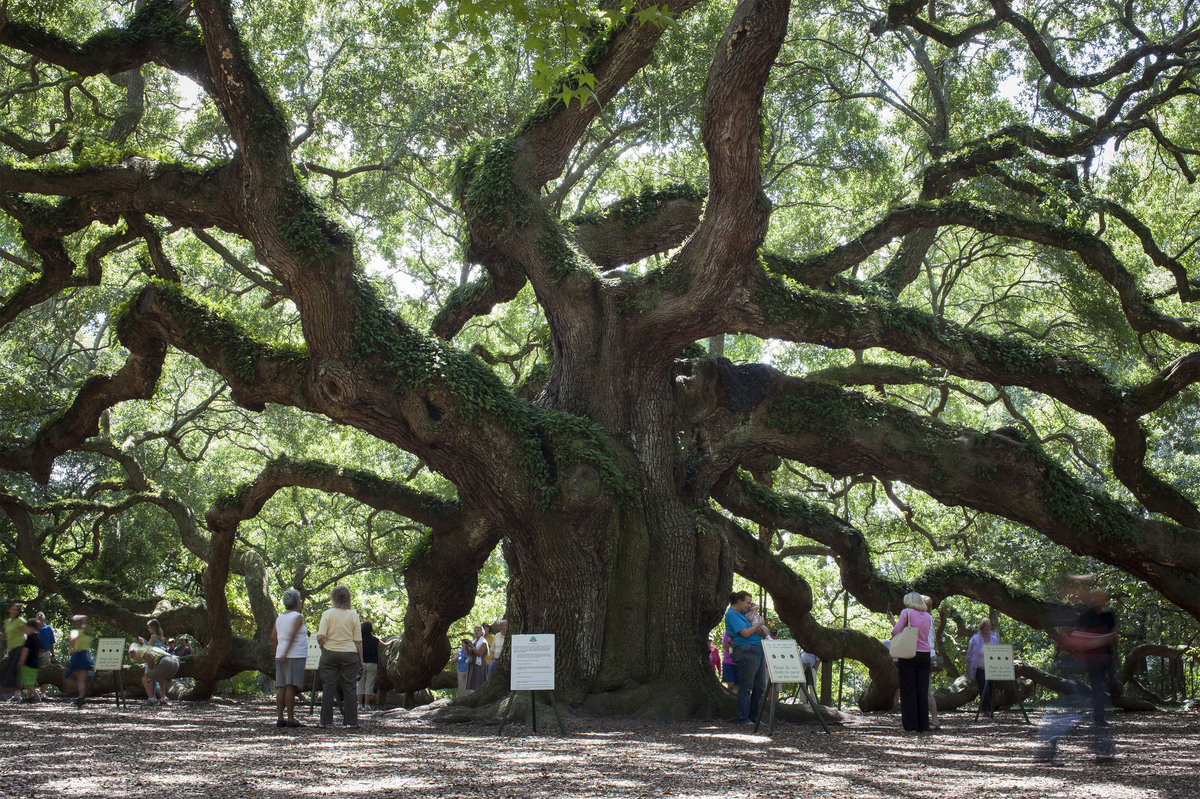 Visitors have flocked to the Angel Oak tree just outside Charleston, S.C., for generations. A local group has until late November to raise funds to buy a parcel of land that they say is needed to protect the live oak from development.

On South Carolina's steamy Johns Island is a fern-draped, centuries-old live oak that has withstood hurricanes, the creation of the United States and every government shutdown to date.

But conservationists worry that the tree known as the Angel Oak could fall victim to encroaching development. They've got two months to come up with enough money to buy the land where it has stood for more than 400 years.

The tree is a beloved local landmark that city officials say draws as many as 50,000 tourists each year. Situated in a small park a short drive south from Charleston, the oak features massive, gnarled limbs that sweep the ground; its expansive canopy covers some 17,000 square feet.

The park is near a 34-acre parcel of land currently permitted for high-density commercial and residential use, with plans already in the works to develop half of the space for a residential community. The Lowcountry Open Land Trust has until Nov. 21 to raise a total of $3.6 million to purchase the other half from the credit union that owns it.

Even if the trust can't buy the parcel, any construction there wouldn't actually touch the Angel Oak itself. But the group's executive director, Elizabeth Hagood, says multifamily housing and commercial development would harm the tree's shallow and far-reaching root system.

She acknowledges the tree won't live forever but says that "if it's going to die, you want it to die because of natural causes, not because man has done it."

Charleston County committed $2.4 million toward the land purchase this summer, leaving the trust to raise the rest. So far, the trust has collected about $700,000 from more than 9,000 donors, including the City of Charleston and the neighboring townships of Seabrook Island and Rockville.

If it buys the parcel, the group says it plans to turn it into a park. Otherwise, the land will be "back on the market as a development tract," Hagood says. "And it's very appealing to a developer because it's already permitted."

The Angel Oak isn't the state's oldest tree (some cypress trees are believed to be far older), but Hagood says that "it's right in there with the grandfathers of the tree world."

The tree has a deep historical and cultural significance, too. For decades, "it was an integrated space in a segregated community," Hagood says. During the segregation era, blacks and whites alike would gather under the shade's cooling canopy. "So whether you are of ... African-American descent or you are of white descent, the tree represents a community here."

Perhaps supporters of the Angel Oak effort could look to Athens, Ga., for inspiration. As the story goes, a landowner bestowed property rights directly upon "The Tree That Owns Itself" in the early 1800s. The community has protected the spot ever since and planted a new seedling there when the original white oak was blown down during a storm in 1942.