Accessibility links
The Shutdown's Squeeze On Science And Health : The Two-Way In addition to shutdowns of national parks (including Alcatraz and Yosemite) and the supplemental nutrition program for women, infants and children, the mandatory furloughs are affecting a wide range of government science and health agencies.

The Shutdown's Squeeze On Science And Health

The Shutdown's Squeeze On Science And Health 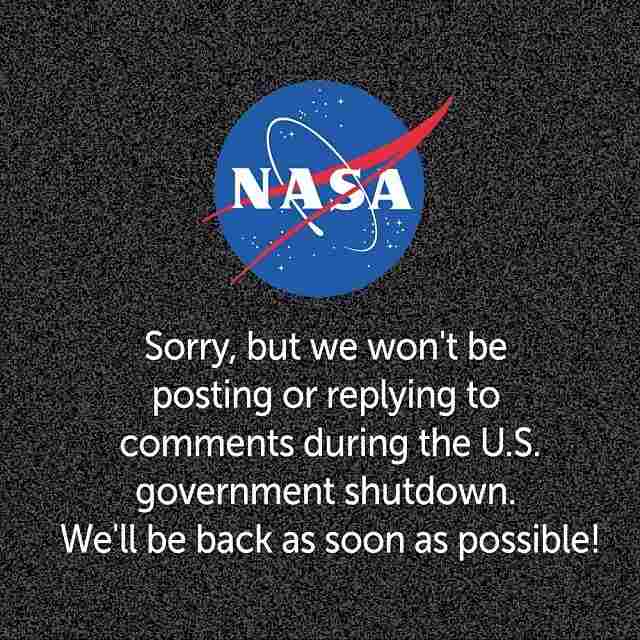 In addition to shutdowns of national parks (including Alcatraz Island and Yosemite) and the supplemental nutrition program for women, infants and children, the mandatory furloughs are affecting a wide range of government science and health agencies. Here's a snapshot:

The "most painful consequence [of the shutdown for National Institutes of Health] is for the clinical center, the largest research hospital in the world" says NIH Director Francis Collins. Many of the hospital's patients have cancer, a rare genetic disease or a serious infection that hasn't been relieved elsewhere, Collins says. But Tuesday NIH had to close its doors to new patients. "How would you feel as a parent of a child with cancer," Collins asks, "hoping that somehow NIH and its clinical center might provide some rescue from a very difficult situation, to hear that, frankly, you can't come, because the government won't be able to stay open."

Meanwhile, workers will show up to feed and care for animals in NIH labs, but basic research conducted by NIH scientists there will stop.

"The vast majority of CDC's activities will be shut down completely," according to email from a Centers for Disease Control and Prevention spokesperson. "Only about 4,000 of the CDC's 13,000 staff members will continue to work," during the federal shutdown.

CDC "will not be conducting multi-state outbreak investigations," but will keep the emergency operation center working "at a reduced capacity," that can be geared up quickly if a serious outbreak of illness is discovered.

Roughly 45 percent of the workers at the Food and Drug Administration have been furloughed, leaving the agency "unable to support the majority of its food safety, nutrition and cosmetics activities," according to Steven Immergut, an agency spokesperson. Some work, such as that related to some activities funded by user-fees in the Center for Tobacco Products, and "high-risk recalls, civil and criminal investigations, import entry reviews, and other critical public health issues," will continue, Immergut says.

Mission Control at NASA's Johnson's Space Center in Houston remains open for business, providing its usual support for the International Space Station, NPR's Geoff Brumfiel reports, though the rest of the center in Houston is closed. Also, NASA's Web site is down, and most employees have been put on furlough. A NASA memo obtained by SpaceRef, an online publication for the space industry, suggests most NASA employees weren't even allowed to turn on their computers. The Mars rover Curiosity is still making its rounds on the red planet (staffed by non-civil servants), according to John Grotzinger, project scientist on the Curiosity team, but managers in charge of MAVEN, NASA's next mission to Mars, worry that even a brief shutdown could delay their project's Nov. 18 launch. If the orbiter misses its launch period, another window won't open again for 26 months, the mission managers say.

At the U.S. Geological Survey, only 43 of its 8,600 employees are deemed essential and working during the shutdown. Just before she was furloughed Tuesday, a USGS spokesperson NPR's Richard Harris that there will be skeleton crews working at headquarters, at the earthquake center in Boulder, Colo., and at the volcano observatories, plus a couple of people are continuing to keep an eye on the data coming in from the two Landsat satellites. These spacecraft collect critical information about the earth's surface that's used by scientists and businesses. For now, the satellite data will only be archived, and analyzed and distributed as images later.

Although the National Oceanic and Atmospheric Administration is affected by the shutdown, officials there told NPR's Jon Hamilton, the weather forecasting portions of the agency are deemed "necessary to protect lives and property," and will continue their work unabated. The National Weather Service also stayed open during the federal shutdown in the winter of 1996 — and successfully forecast a blizzard.

Nearly 95 percent of the Environmental Protection Agency's 16,000-member staff has been furloughed. NPR's Elizabeth Shogren says that means there will be lots of delays in the programs that safeguard the nation's air water land and food.

Some cleanup activities are being postponed at more than 500 hazardous waste sites in nearly every state of the country. Some reviews of chemicals and pesticides are being stalled. But efforts to clean up leaking underground storage tanks will continue. EPA officials would also still respond to any environmental emergencies that arise, such as big chemical spills.

In a contingency plan released late last week, the U.S. Forest Service called for keeping 41 percent of its workforce on hand in case of a government shutdown. The agency said it needed about 13,000 workers to carry out essential activities such as fire suppression, law enforcement, protection of federal lands, and protection of research studies where a halt in activity could destroy or endanger study findings.

The Nuclear Regulatory Commission, which is responsible for overseeing the nation's nuclear reactors, has saved up enough money to continue full operations for another week. After that, it will focus on its core role policing safety at the nation's nuclear plants. NRC spokesman Eliot Brenner says "the NRC will continue to have on site, at all 100 nuclear reactors in this country, its resident inspectors." But most of the agency's nearly 4,000 employees will be sent home. In the unlikely event an accident occurs, Brenner says they could be recalled quickly.

You'll have to get your fuzzy animal fix elsewhere during the shutdown; the panda cam at The Smithsonian's National Zoo has been turned off.