Accessibility links
John Boehner Reports No Progress After Meeting With Obama : The Two-Way The House speaker emerged from the White House after a 90-minute meeting with President Obama saying, "They will not negotiate." Democrats said they would confer with Republicans, but after they open the government.

John Boehner Reports No Progress After Meeting With Obama

John Boehner Reports No Progress After Meeting With Obama 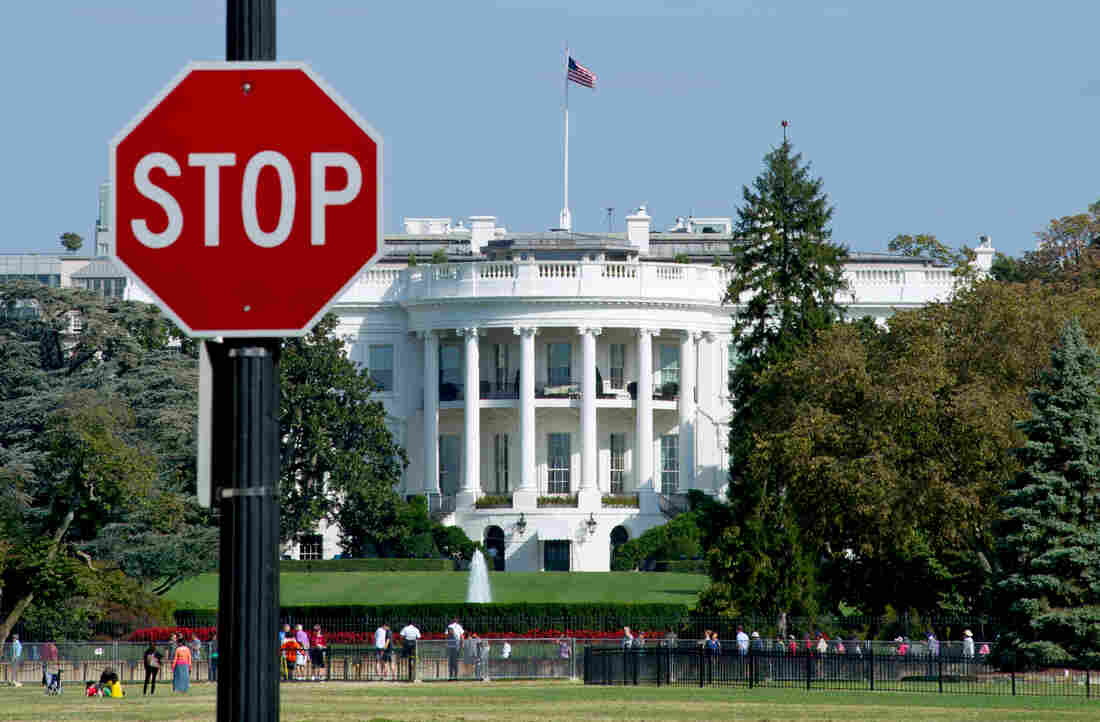 The White House is seen behind a stop sign in Washington, D.C, on Oct. 1. Karen Bleier /AFP/Getty Images hide caption 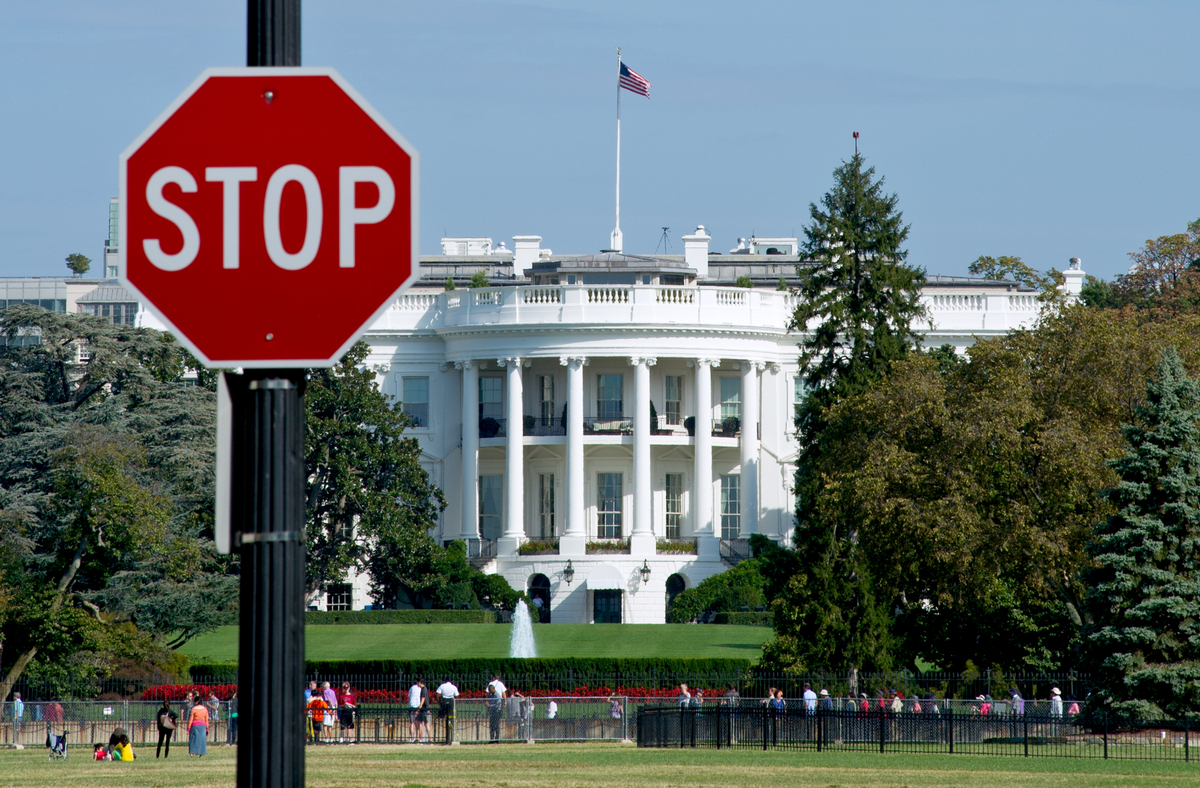 The White House is seen behind a stop sign in Washington, D.C, on Oct. 1.

Speaker of the House John Boehner, a Republican from Ohio, stepped out of the White House this evening after a 90-minute meeting with President Obama and reported no progress.

"They will not negotiate," Boehner said. "All we are asking for here is a discussion and fairness for the American people on Obamacare."

While Boehner said they had a "nice, polite conversation," the two sides came to no agreement, which means the government will remain partially shut down for the foreseeable future.

Senate Majority Leader Harry Reid, a Democrat from Nevada, and Rep. Nancy Pelosi, the minority leader in the House, followed Boehner out of the White House a few minutes later.

Pelosi took a more conciliatory tone, saying the GOP in the House could make changes to the new health care law, but they should do so through the regular order, not by trying to make changes to a law by amending the bill that funds the government.

"That's not what our constitution had in mind," Pelosi said.

Pelosi added that Democrats had already negotiated by accepting a much lower level of government funding. At the beginning, she said, the GOP asked for two things: Funding at a $988 billion level — which Democrats were not happy with — and to defund the Affordable Care Act, also known as Obamacare.

They got their number, said Pelosi, but the Obamacare part is not happening.

"We are locked in tight on Obamacare," Reid said.

Shortly before he was due to meet with congressional leaders to try to hammer out a resolution to end the government shutdown, CNBC aired an interview with President Obama in which he said he was "exasperated" by Republicans in Congress.

"Am I exasperated?" Obama said. "Absolutely I'm exasperated because this is entirely unnecessary."

Obama returned to the topic later, saying, "I am exasperated with the idea that unless I say that 20 million people, 'you can't have health insurance,' they will not reopen the government. That is irresponsible."

Obama also said that he would not negotiate with Republicans over a budget until they reopen the government and agree to raise the debt ceiling.

He said he would not negotiate now because he was not going to allow a faction from one party to "extort concessions."

"If we get into the habit where one party is allowed to extort, ... then any president who comes after me [would] be unable to govern effectively," Obama said.

The interview just underlines what Mark wrote earlier: That there is no end in sight to the partial shutdown of the federal government.

NPR's Mara Liasson explained the situation on Morning Edition: Republicans say they'll only fund the government if they can kill or delay the Affordable Care Act, and Democrats "aren't in the mood to rescue the Republicans from the box they've got themselves in."

We'll update this post with the results of the White House meeting, which began a little after 5:30 p.m. ET.

We'll leave you with the full video of the CNBC interview with Obama.