Accessibility links
How Do You Get Paid $400,000 At Carnegie Hall? Be A Stagehand : The Two-Way The famed hall's five full-time stagehands went on strike, and that forced the cancellation of one gala. Tax records show their average total compensation is more than $400,000 each a year. The dispute was over whether they'll also be working in the hall's new Education Wing. 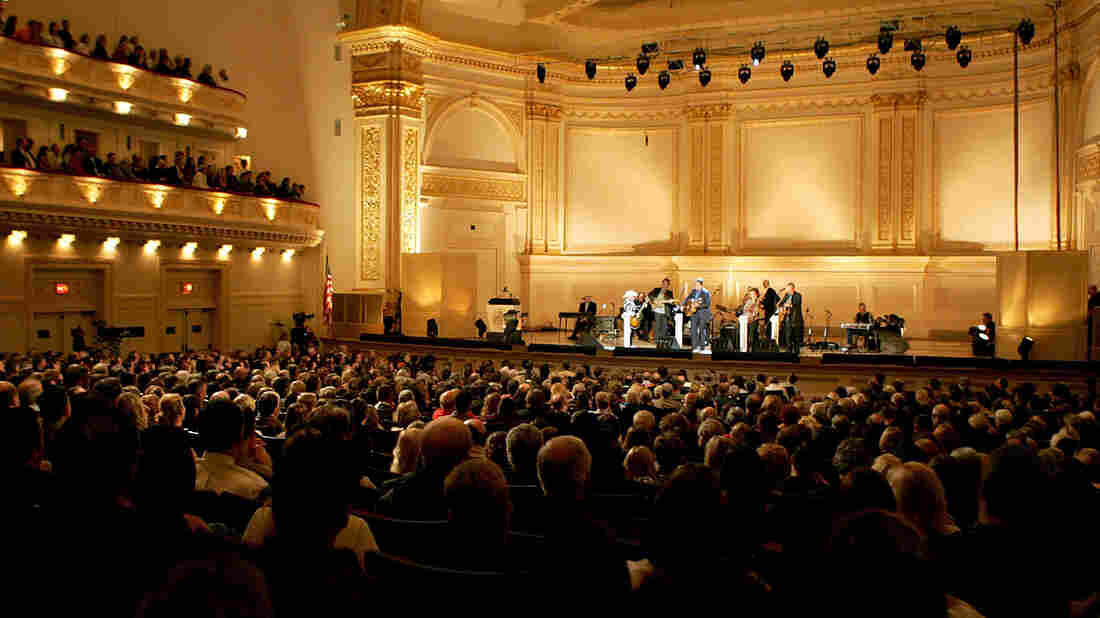 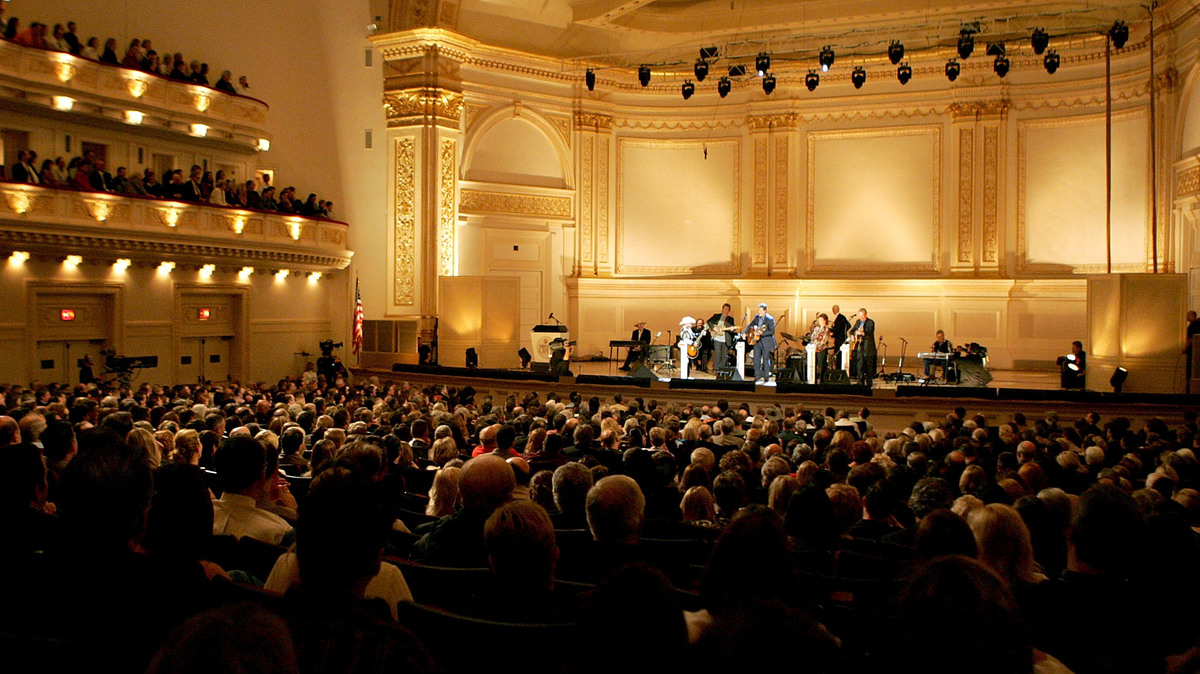 In November 2004, the Grand Ole Opry came to Carnegie Hall.

(Update at 1 p.m. ET, Oct. 4: Click here for an important development — management and the stagehands have reached a deal.)

Carnegie Hall's opening night gala was canceled Wednesday because of a strike by stagehands.

That's interesting, but the eye-popping part of the story is this: The Manhattan hall's five full-time stagehands enjoy an "average total compensation of more than $400,000 a year," which The New York Times adds is "more than some of the hall's top executives earn."

According to Bloomberg News, Carnegie Hall's tax returns show that the full-time stagehands "earned an average of $420,000 in 2011. ... They move equipment in and out of the building and prepare three stages for performances, while operating audiovisual and other equipment. They work on holidays and weekends." According to the Times, tax records show the full-timers put in an average of 60 hours a week.

The Village Voice says the institution's executive and artistic director, Clive Gillinson, is "the only person in the entire non-profit that makes more money than every stagehand." In 2012 he "took home a total of $1,113,571" in pay and benefits.

Local One of the International Alliance of Theatrical Stage Employees isn't striking because it thinks the pay is too low. The dispute, says The Wall Street Journal, is over the union's push for its members to be employed in Carnegie's new Education Wing, which is set to open in a year or so.

The two sides have been bargaining for 13 months. Local One President James Claffey says in a statement that "Carnegie Hall Corporation has spent or will spend $230 million on its ongoing studio tower renovation, but they have chosen not to appropriately employ our members as we are similarly employed throughout the rest of Carnegie Hall."

Gillinson, the hall's director, says in a statement: "We are disappointed that, despite the fact that the stagehands have one of the most lucrative contracts in the industry, they are now seeking to expand their jurisdiction beyond the concert hall and into the new Education Wing in ways that would compromise Carnegie Hall's education mission."

As of Thursday morning, no other performances had been canceled.

Carnegie Hall's 2011 tax forms, which include data on its highest-paid employees, have been posted by The Village Voice and several other news outlets. We've put a copy online as well and will embed it below.

The Village Voice identifies the five stagehands as Dennis O'Connell, James Csollany, John Cardinale, John Goodson and Ken Beltrone. If you scroll down about three-fourths of the way on the tax forms, you'll see that under the "base compensation" column, their pay ranged from:

Add in the columns for "retirement and other deferred compensation" plus "nontaxable benefits," and the ranges grow:

According to a news release from its management: "Carnegie Hall today announced that it has reached a new collective bargaining agreement with IATSE/Local One (International Alliance of Theatrical Stage Employees). The new agreement includes limited jurisdiction for IATSE/Local One in Carnegie Hall's newly-created Education Wing in ways that will enable Carnegie Hall to create a flexible, hands-on learning environment for activities serving students, young artists, and teachers, ensuring that the institution can meet all its education objectives."