Accessibility links
Treasury: New Debt Ceiling Fight Could Derail Economy : The Two-Way In a report, the department warns that a default could do damage to the economy to rival the Great Recession. 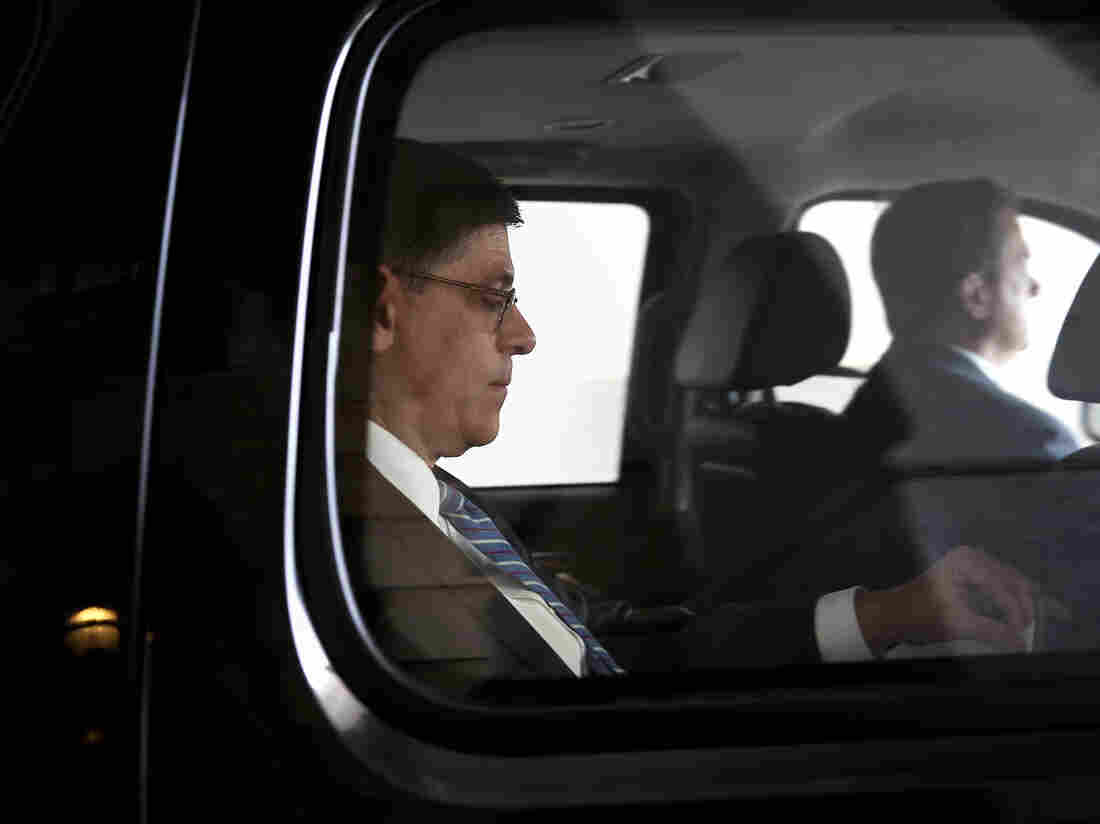 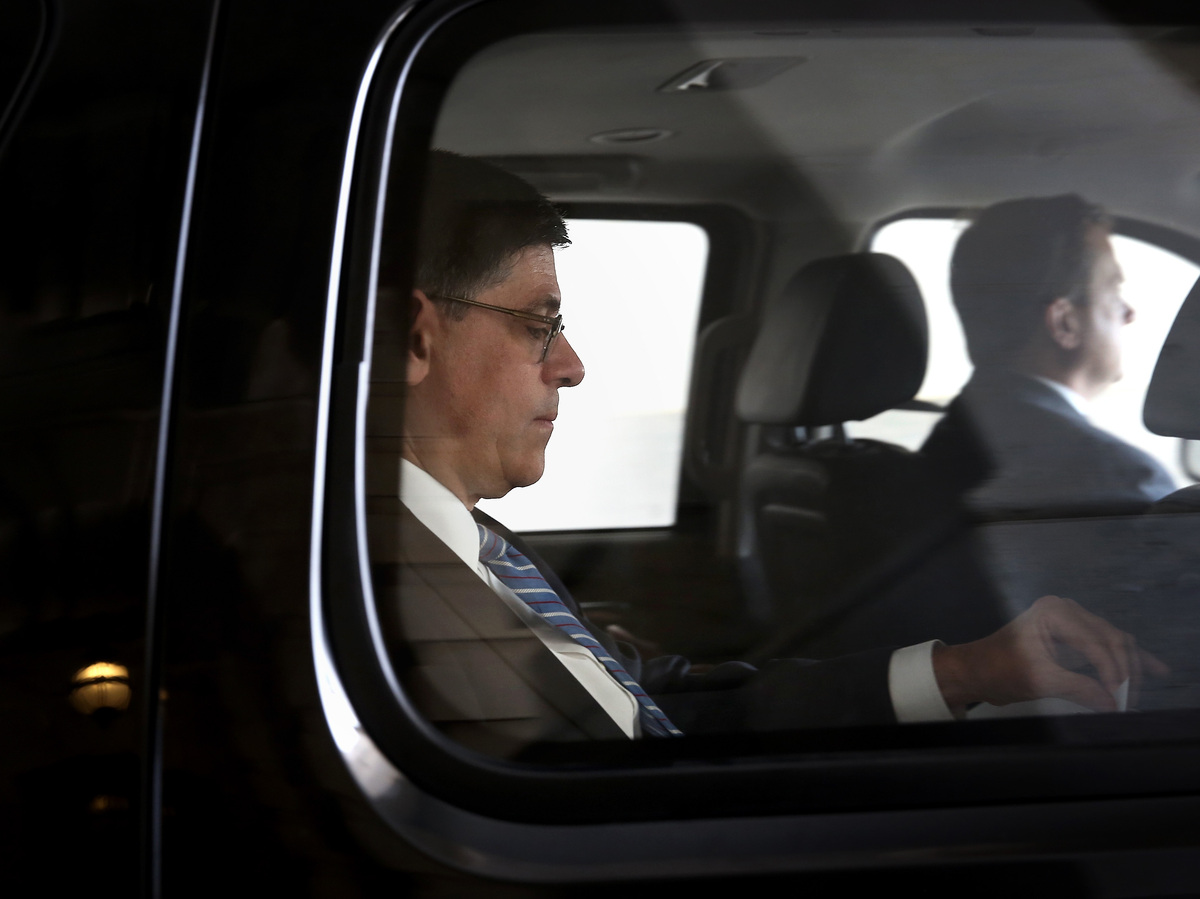 Treasury Secretary Jacob Lew leaves the Capitol after a visit on Thursday.

The Treasury Department is issuing a warning of dire economic consequences that could rival the Great Recession if Congress is unable to agree on raising the debt ceiling and the nation defaults on its obligations.

Treasury's report, "The Potential Macroeconomic Effect of Debt Ceiling Brinkmanship," comes as Congress is still wrangling over a short-term spending bill to reverse a partial government shutdown that went into effect Tuesday. Later this month, House Republicans and Senate Democrats will need to agree to raise the $16.7 trillion debt ceiling or face a possible default.

"[A] default would be unprecedented and has the potential to be catastrophic: credit markets could freeze, the value of the dollar could plummet, and U.S. interest rates could skyrocket, potentially resulting in a financial crisis and recession that could echo the events of 2008 or worse," Treasury said in a statement.

The department said "political brinksmanship that hints at even the prospect of a default can be disruptive," (emphasis in report) citing the 2011 debt ceiling impasse, when consumer and business confidence fell sharply, job growth slowed and financial markets were stressed.

Treasury Secretary Jacob Lew warned that "Postponing a debt ceiling increase to the very last minute is exactly what our economy does not need — a self-inflicted wound harming families and businesses."

House Speaker John Boehner is reportedly telling colleagues that he's determined to prevent a federal default, according to The New York Times:

"One lawmaker, who spoke on the condition of anonymity, said Mr. Boehner had indicated he would be willing to violate the so-called Hastert Rule if necessary to pass a debt-limit increase. The informal rule refers to a policy of not bringing to the floor any measure that does not have a majority of Republican votes.

"A spokesman for Mr. Boehner pushed back on the idea that the speaker would try to pass a debt-limit increase mainly with Democratic votes, but acknowledged that the speaker understood the need to head off a default.

Reuters, trying to confirm the Times report, got a similar response from a Boehner aide, who was not named by the news agency.

"House Speaker John Boehner has always said that the United States will not default on its debt," the aide said. "He also always says that there aren't votes in the House to pass a 'clean' debt limit bill. That's why we need a bill with cuts and reforms."

The head of the International Monetary Fund, Christine Lagarde, echoed comments she made last week on NPR's Morning Edition, as well as those made by Treasury Secretary Lew and the president. Lagarde said that the failure to raise the U.S. debt ceiling was a far worse threat to the global economy than the current shutdown.

The BBC quotes Lagarde as saying it is "mission critical" that the debt ceiling be raised.

Speaking at a small business just outside of Washington, President Obama echoed the Treasury Department's dark assessment on Thursday, blaming Republicans' "obsession" with dismantling the health care overhaul for the government shutdown and the looming fight over the debt ceiling.

The president said "the whole world will have problems" if the U.S. defaults on its obligations.