Accessibility links
What We Know So Far About Woman Killed In D.C. Chase : The Two-Way Law enforcement authorities say the woman was Miriam Carey, a dental hygienist from Stamford, Conn. The car they say she was driving rammed a security barrier at the White House, then took off toward the U.S. Capitol. There, police killed the driver.

What We Know So Far About Woman Killed In D.C. Chase

What We Know So Far About Woman Killed In D.C. Chase 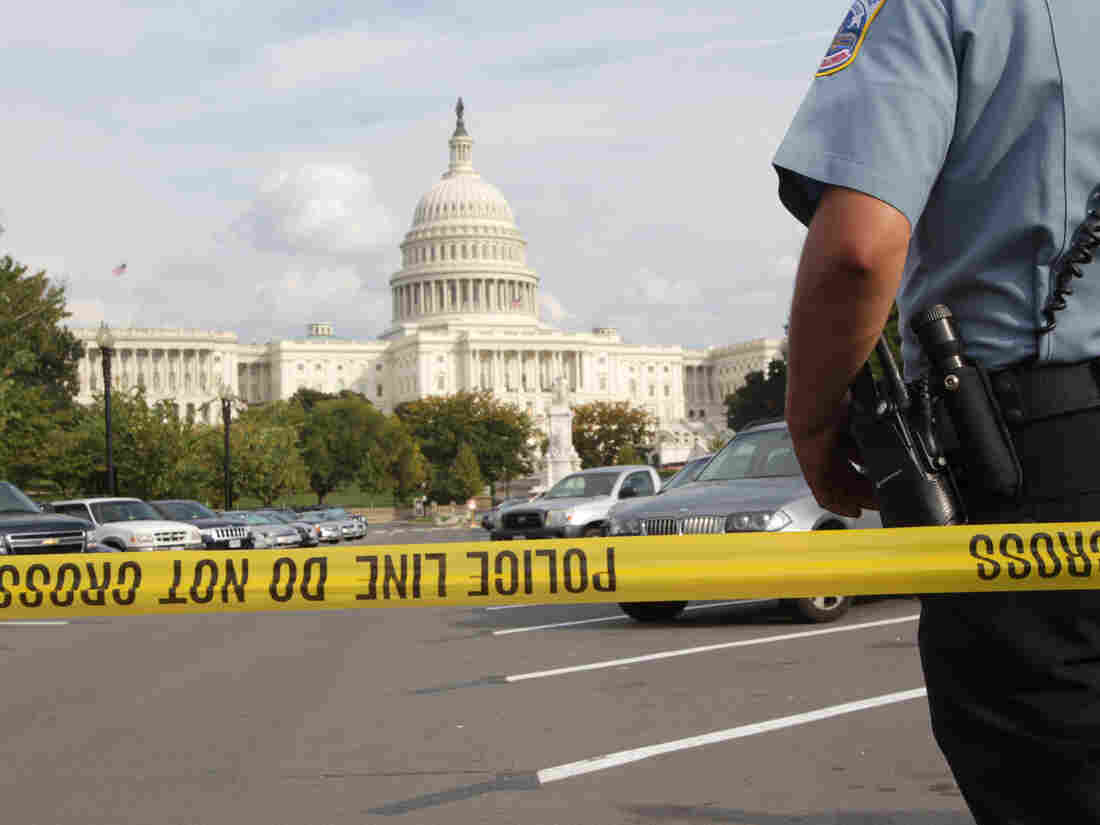 An officer stands just outside police tape Thursday as authorities investigate a car chase that began at the White House and ended near the Capitol. Lv Mingxiang /Xinhua/Landov hide caption 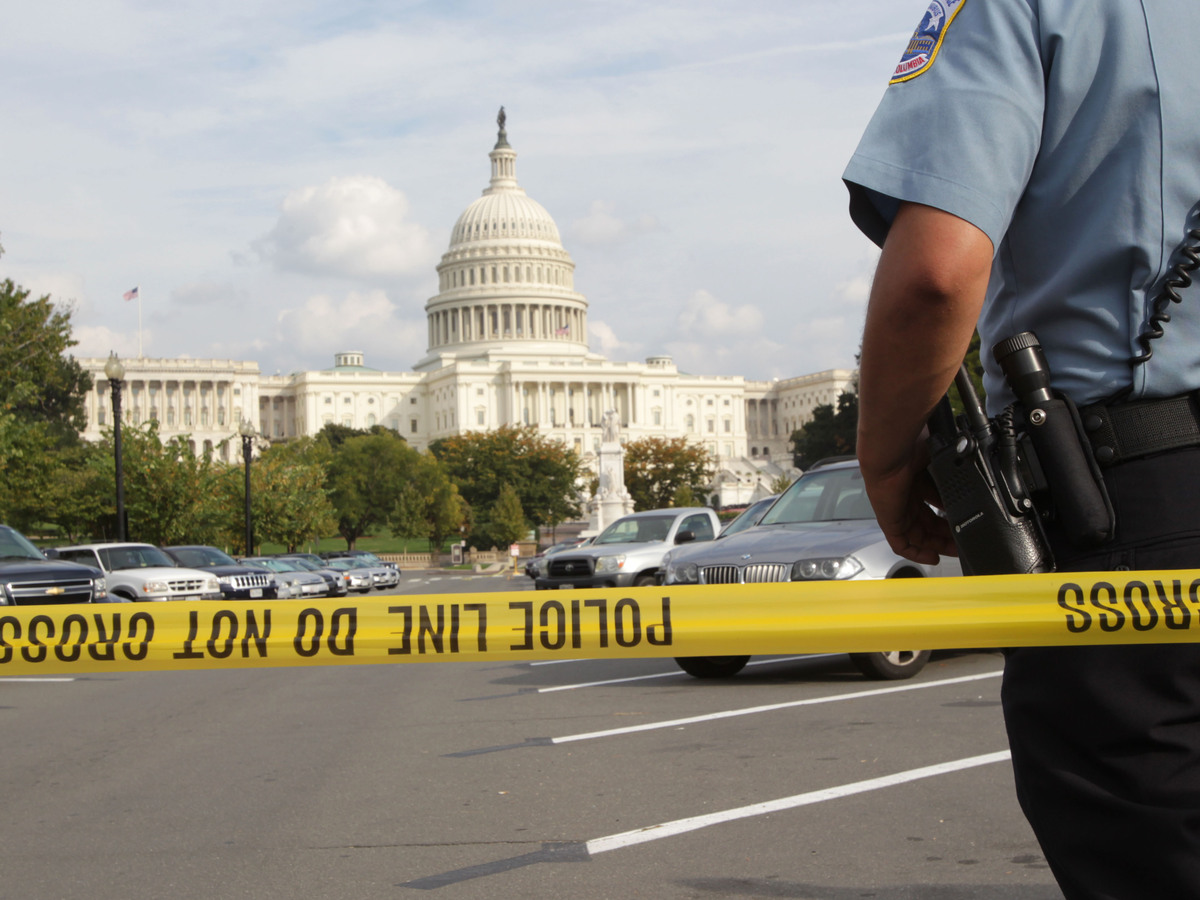 An officer stands just outside police tape Thursday as authorities investigate a car chase that began at the White House and ended near the Capitol.

The woman killed by police Thursday after a wild chase from the White House to the grounds of the U.S. Capitol has been identified by law enforcement authorities to The Associated Press, NPR and other news outlets as 34-year-old Miriam Carey of Stamford, Conn.

What motivated the driver to ram a security barrier outside the White House, strike a Secret Service officer with her vehicle and then drive off at high speed toward the Capitol building — all while there was a 1-year-old girl in the car — isn't yet known.

Carey's mother, Idella Carey, has told ABC News that her daughter "had post-partum depression after having [a] baby" last August. According to Idella Carey, "a few months later, she got sick. She was depressed. ... She was hospitalized."

The Stamford Advocate adds that Miriam Carey "was a licensed dental hygienist and according to a local law enforcement official, she suffered from mental illness, but had no criminal record."

The little girl was not injured during the frightening incident.

Our colleagues at WSHU in Fairfield, Conn., report that "police fire, and other emergency vehicles [have] descended on Woodside Green Condominiums near Scalzi Park in Stamford Thursday afternoon where the woman [Miriam Carey] allegedly lived. ... About 50 apartments were evacuated."

The Advocate writes that:

"According to public records, Carey lived near her family in Brooklyn, N.Y., from at least 1997 to 2009, when she moved to Stamford. She earned her dental hygiene license from New York State in 2002, and after letting her license expire in July 2008, she applied for and received a license to practice in Connecticut in September 2009. In 2011, she started her own temporary employment firm called Experienced Dental Placements out of her condo. ...

"Before entering the condo Thursday evening, police used a bomb-detecting robot to enter Carey's unit, 1C at 114 Woodside Green. Federal agents showed neighbors a photo of the suspect, but did not identify the woman, according to neighbors. Residents of the 212-unit complex were still not being allowed to re-enter their homes as of 9 p.m.

"At one point, two plain-clothes officers escorted a woman into the building and emerged a short time later, the woman carrying a small, white dog."

Washington's WAMU is also following the story. Reporter Matt Laslo posted pictures and tweets as the incident was unfolding.

In an interview with CNN, Miriam Carey's two sisters — Amy Carey-Jones and Valerie Carey — said their sister was tapering off medications under the watch of her doctor.

Amy told CNN that Miriam was not bipolar nor schizophrenic, instead her doctors had diagnosed her with postpartum depression with psychosis.

Amy said Miriam was diagnosed after a "momentary breakdown" that required her to seek medical help, but that over the past week, she saw "nothing out of the ordinary."

She "didn't appear to be unstable," Amy said.

Valerie shot down any suggestion that her sister believed the government had her under surveillance.

"She never disclosed that... so that statement is questionable," Valerie said.

"We will never know what Miriam was thinking," Amy said. Now they are concerned about getting answers, finding out what went wrong and if there was something that should have been done to have kept this from ending in tragedy.

Quoting a law enforcement source, NPR's Carrie Johnson reports that based on interviews with the woman's family, authorities believe Carey "had been suffering from some sort of delusions regarding Obama and surveillance."

The source told Carrie that they found no weapons. The woman was unarmed.

"The initial portrait of Carey that emerged suggested a person unlikely to be found at the center of such violent drama," says The Washington Post. "Carey, according to public documents, friends and family members, had finished college and established a work history as a dental hygienist. ... Eric Sanders, an attorney for the Carey family, said Thursday that the family was struggling to absorb the news. He said he would release an official statement Friday."