Accessibility links
House Passes Bill Allowing Back Pay For Furloughed Workers : The Two-Way Federal workers who were furloughed by a government shutdown will receive back pay once they return to work, if a bill passed by the House of Representatives Saturday meets Senate approval. The White House has said it favors such a move. 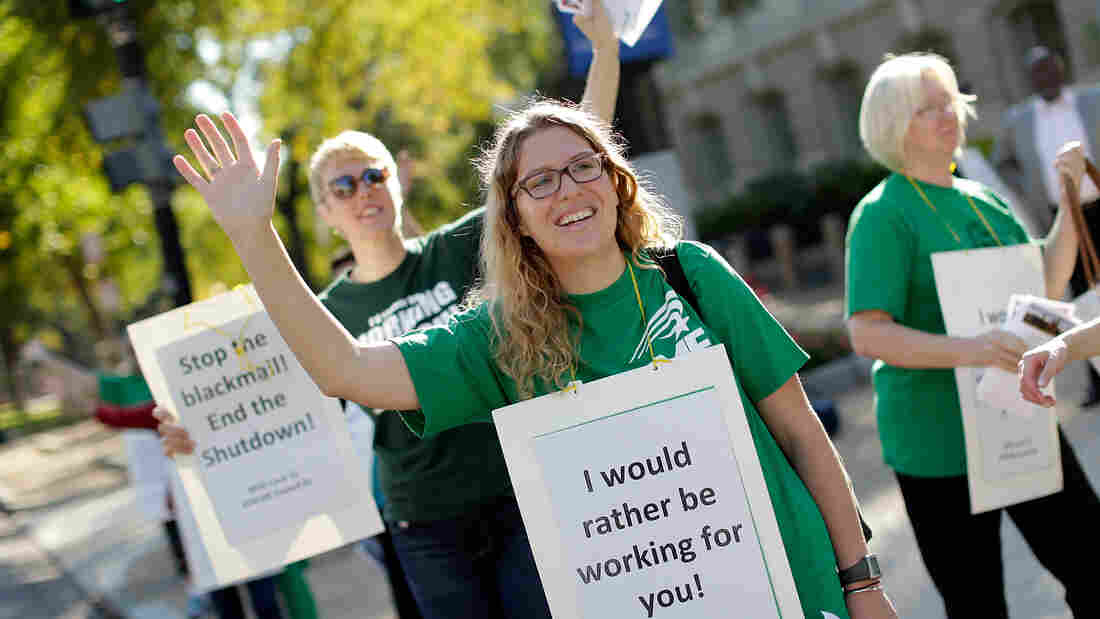 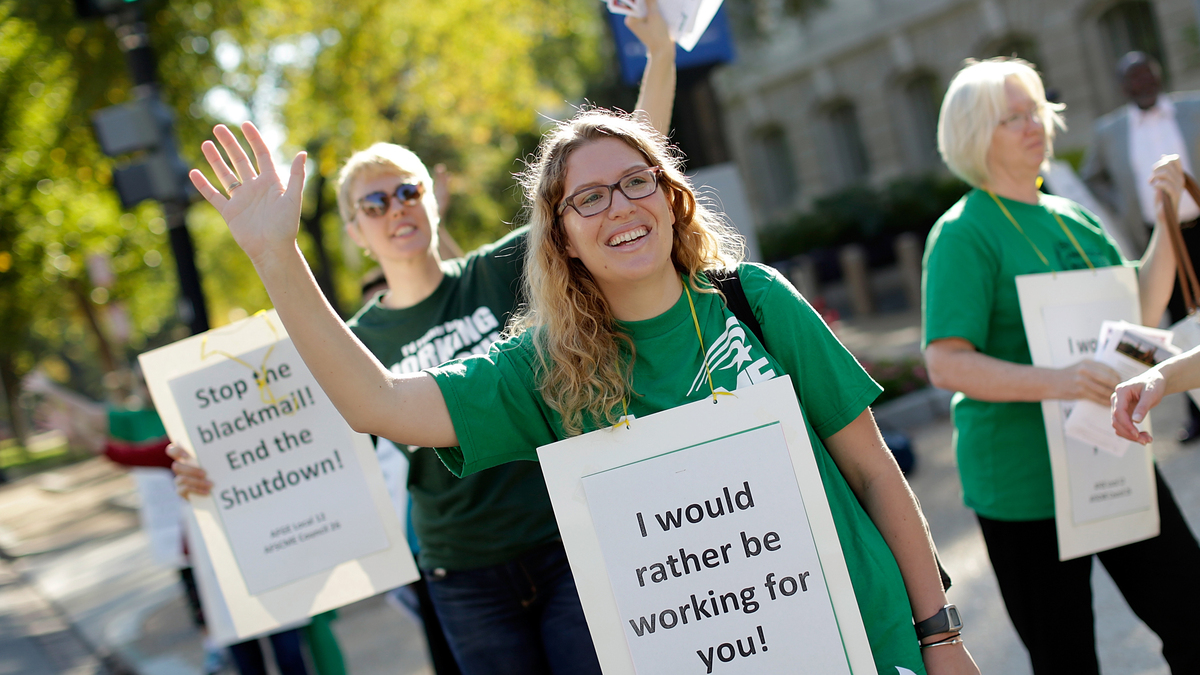 Furloughed federal workers demonstrate in Washington earlier this week. Hundreds of thousands of government employees can't work as long as the House of Representatives and Senate remain gridlocked.

Federal workers who were furloughed by a government shutdown will receive back pay once they return to work, if a bill approved by the House of Representatives Saturday meets Senate approval. The White House has said it favors such a move.

The vote came after the U.S. government began the fifth day of a shutdown that has put 800,000 people out of work. The bill was approved without a vote against it. The Senate is expected to hold its own Saturday session that begins at midday.

The back-pay bill is one of several piecemeal funding measures the House has taken up since the shutdown began. Others include money for "veterans' benefits, nutrition assistance for low-income women and children, and emergency and disaster recovery," as C-SPAN reports.

Discussing the shutdown on today's Weekend Edition, Tea Party Patriots co-founder Jenny Beth Martin tells NPR's Scott Simon that "we are looking for ways to reopen the portions of the government that we agree with."

And the GOP-led House is right to take the approach it has, Martin says:

"The Constitution gives Republicans the authority to initiate bills that fund the government, and they're acting absolutely within the scope of their power, within the rule of law, and they are doing that based on election results."

As NPR's David Welna reports for our Newscast unit, the House also passed a bill that would allow military chaplains to hold services this weekend.

"House Republicans expressed outrage that military chaplains might be prevented from holding services because of the shutdown," David says.

During debate on the measure, Rep. Tim Huelskamp, R-Kan., asked, "Is it really the policy of this administration to make church services illegal? To threaten Catholic priests with jail?"

"Only one House member opposed a resolution allowing the chaplains to do their jobs," David says. "Senate approval is expected for both measures."

If you're wondering, that lone House member is Rep. William Enyart, D-Ill.