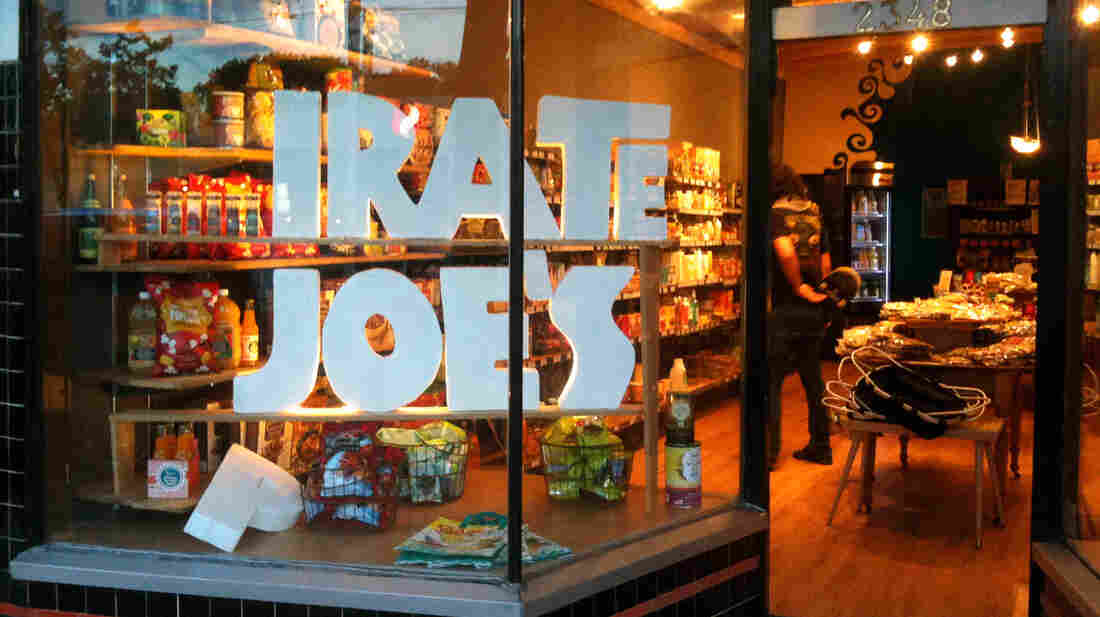 "I bought the stuff at full retail. I own it," says Michael Hallatt, owner of the _irate Joe's grocery in Vancouver. Trader Joe's federal lawsuit against his business was dismissed this week. _irate Joe's hide caption 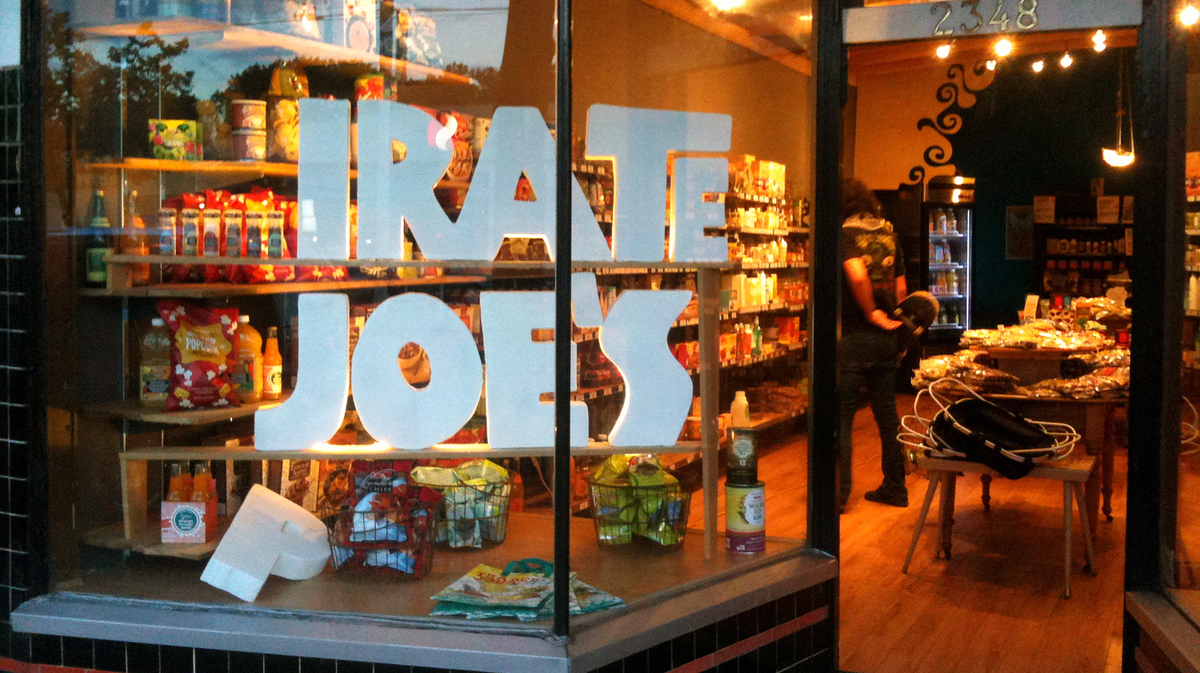 "I bought the stuff at full retail. I own it," says Michael Hallatt, owner of the _irate Joe's grocery in Vancouver. Trader Joe's federal lawsuit against his business was dismissed this week.

Pirate Joe's, the grocery store that made waves — and attracted a lawsuit — for selling Trader Joe's items in Canada, has won a battle in its legal fight with the supermarket chain. A U.S. district court judge has granted the Vancouver store's motion to dismiss a trademark infringement lawsuit.

After the lawsuit was filed, Pirate Joe's took on the name _Irate Joe's. The store's owner, Mike Hallatt, says he began his enterprise on a small scale last year, driving groceries across the border from Washington State to Vancouver. Trader Joe's does not operate any stores in Canada.

As Hallatt told us in August, he feels that his store's "blatant and unambiguous" admission that its products come from Trader Joe's — and his customers' awareness that there are no such stores in Canada — mean that he isn't harming the Trader Joe's brand.

"I bought the stuff at full retail. I own it," said Hallatt, who noted that his customers are big fans of Trader Joe's Ridge Cut Salt & Pepper Potato Chips, Low Calorie Lemonade, and other unique products, all bearing their original labels.

"I get to do with it whatever I want to, including reselling it to Canadians," he said. "My right to do this is unassailable."

Hallatt also said that he would shut his store down if the Trader Joe's grocery chain began opening stores in Vancouver. Hallatt announced news of the court victory Thursday, in a post titled "We won!"

"Today we are handing out chocolate covered almonds and making lots of new friends," Hallatt says via email, when asked how he's handling the victory.

And he says the store might change its name, to show it's no longer "irate." But that depends on his next grocery run.

"The most difficult part of the business is getting the stuff to re-sell," Hallatt says. "I'm going to try shopping at TJ's tomorrow. If they throw me out we will remain _irate."

In granting the motion to dismiss, the court noted that "Pirate Joe's makes no sales and has no place of business in the United States, and Pirate Joe's knows of no Trader Joe's locations in Canada."

"The impact on Canadian consumers and Canadian commerce is more significant than the impact in the United States," she wrote in her ruling, "even if the Court were to assume there is some diversion of business or reputational impact."

The judge's decision that the federal Lanham Act, which governs trademarks, does not apply in the case also grants Trader Joe's 10 days to make their case under state law. The company could also pursue a federal appeal.

As The Vancouver Sun reports, Hallatt "has now been banned from some Trader Joe's stores in Washington and has hired others to do his shopping for him."