Accessibility links
Malala Yousafzai: 'I Believe In Peace; I Believe In Mercy' : The Two-Way In her first in-depth interviews since the Taliban shot her a year ago, Malala expressed no rancor. Instead, she recommitted to fighting for the education of girls. 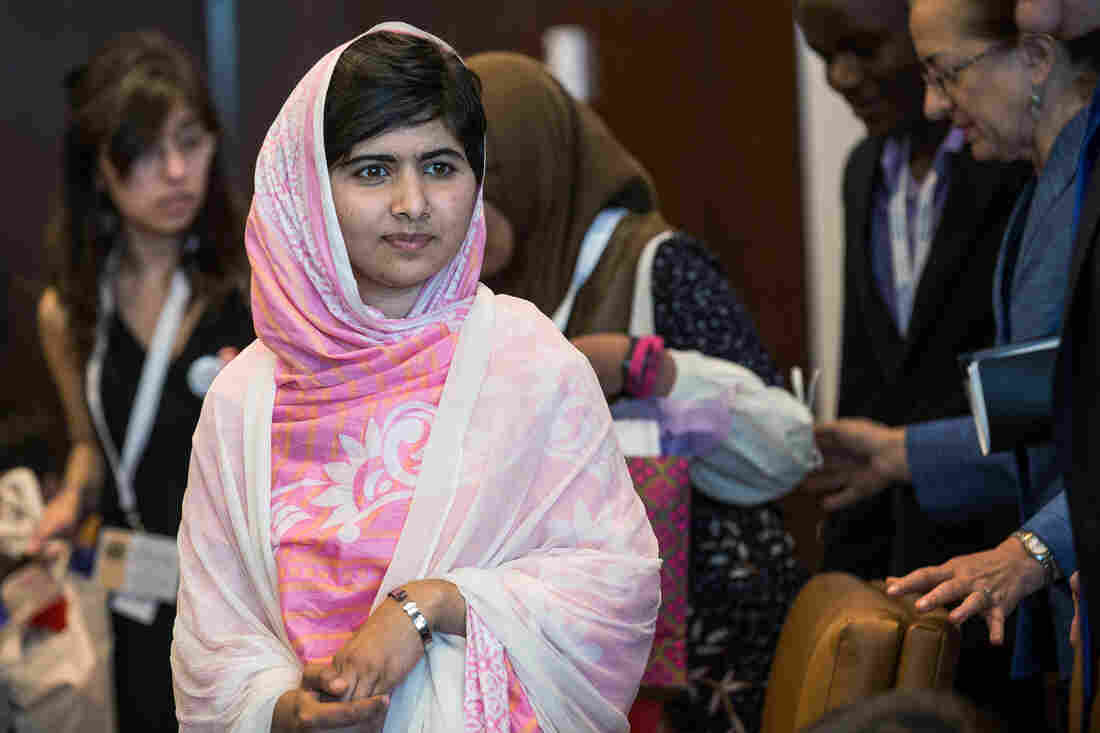 Malala Yousafzai, the 16-year-old Pakistani advocate for girls education who was shot in the head by the Taliban, attends a conversation with the United Nations Secretary General Ban-ki Moon and other youth delegates. Andrew Burton/Getty Images hide caption 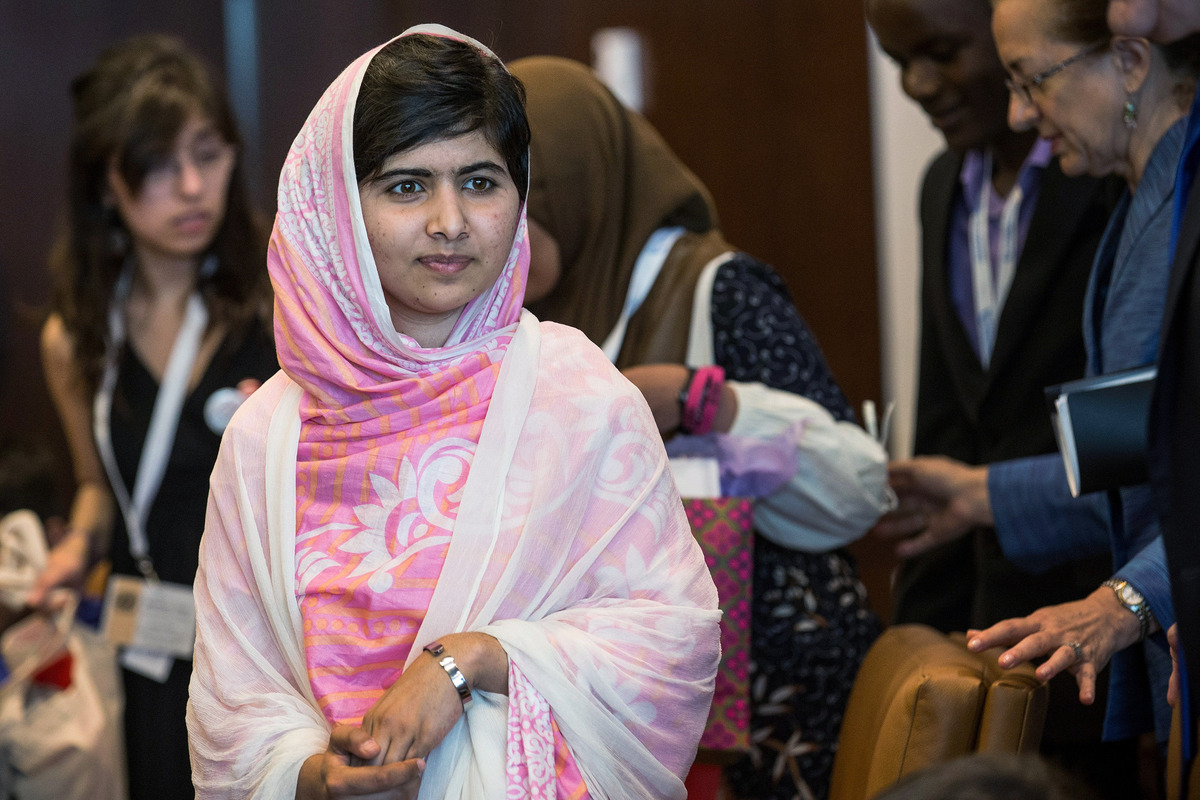 Malala Yousafzai, the 16-year-old Pakistani advocate for girls education who was shot in the head by the Taliban, attends a conversation with the United Nations Secretary General Ban-ki Moon and other youth delegates.

It's been a year since Taliban militants shot Malala Yousafzai in the head for her campaign promoting the right of girls to go to school.

It was a heartbreaking case that captured the globe and luckily — and against the odds — the 16-year-old has made a full recovery that culminated in a stunning speech at the United Nations in July.

Today, Malala has given lengthy interviews to many news outlets for the first time since her shooting, in promotion of her book I Am Malala: The Girl Who Stood Up for Education and was Shot by the Taliban.

In a BBC interview, she said the Taliban and the United States must reach peace through dialogue.

In an interview with ABC News' Diane Sawyer, she said that like Dorothy in the Wizard of Oz, she dreams of going back home to the Swat valley, even if it's still a dangerous place.

"I think life is always dangerous," Malala said. "Some people get afraid of it. Some people don't go forward. But some people, if they want to achieve their goal, they have to go. They have to move. ... We have seen the barbaric situation of the 21st century in Swat. So why should I be afraid now?"

One piece we found astounding is what she told The Guardian about her attacker. The paper makes a connection between that young man and Malala's father as young man. We'll leave you with those two paragraphs:

"It is perhaps because of criticism levelled at her father that Malala mentions more than once in her book that no one believed the Taliban would target a schoolgirl, even if that schoolgirl had been speaking and writing against the Taliban's ban on female education since the age of 12. If any member of the family was believed to be in danger, it was Ziauddin Yousafzai, as much a part of the campaign as his daughter. And it was the daughter who urged the father to keep on when he suggested they both "go into hibernation" after receiving particularly worrisome threats. The most interesting detail to emerge about Ziauddin from his daughter's book is his own early flirtation with militancy. He was only 12 years old when Sufi Mohammad, who would later be a leading figure among the extremists in Swat, came to his village to recruit young boys to join the jihad against the Soviets in Afghanistan. Although Ziauddin was too young to fight then, within a few years he was preparing to become a jihadi, and praying for martyrdom. He later came to recognise what he experienced as brainwashing – and was saved from it by his questioning mind and the influence of his future brother-in-law, a secular nationalist.

"The information about her father's semi-brainwashing forms an interesting backdrop to Malala's comments when I ask if she ever wonders about the man who tried to kill her on her way back from school that day in October last year, and why his hands were shaking as he held the gun – a detail she has picked up from the girls in the school bus with her at the time; she herself has no memory of the shooting. There is no trace of rancour in her voice when she says: 'He was young, in his 20s ... he was quite young, we may call him a boy. And it's hard to have a gun and kill people. Maybe that's why his hand was shaking. Maybe he didn't know if he could do it. But people are brainwashed. That's why they do things like suicide attacks and killing people. I can't imagine it – that boy who shot me, I can't imagine hurting him even with a needle. I believe in peace. I believe in mercy.'"