Accessibility links
Former French Leader Sarkozy Is Cleared In Corruption Case : The Two-Way Magistrates have dismissed charges that former French President Nicolas Sarkozy played a role in a campaign finance scandal. The decision may clear the way for a return to politics for Sarkozy. 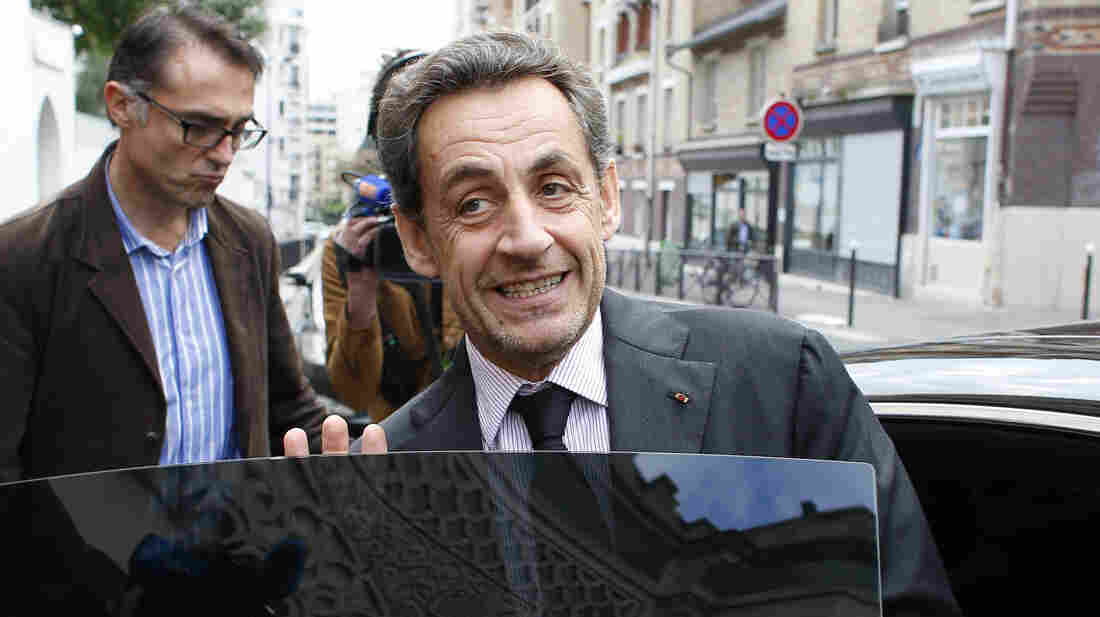 The decision to dismiss charges against former French President Nicolas Sarkozy, seen here in Paris Monday, could clear the way for him to return to politics. Thomas Samson/AFP/Getty Images hide caption 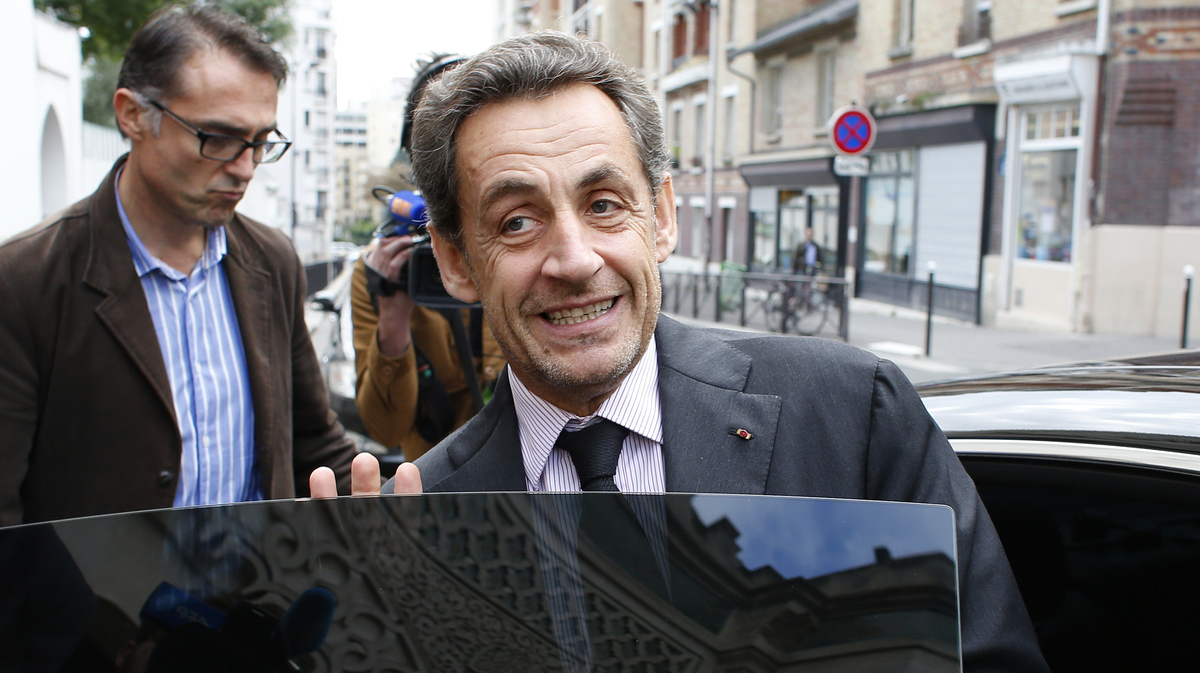 The decision to dismiss charges against former French President Nicolas Sarkozy, seen here in Paris Monday, could clear the way for him to return to politics.

Former French President Nicolas Sarkozy has been cleared in a scandal over the finances of his 2007 presidential campaign. The examining magistrates' decision to dismiss the case may clear the way for a return to politics for Sarkozy.

"I am delighted about this decision, which I expected," said Sarkozy's lawyer, Thierry Herzog, after the announcement, the AP reports. The news agency adds, "After leaving a private meeting on Monday at the main Paris mosque, Sarkozy nodded to cameras but did not speak to journalists."

The case revolves around charges "that L'Oreal cosmetics heiress Liliane Bettencourt provided the Sarkozy campaign with illegal campaign funds," as the Two-Way reported last year. That alleged connection has yielded the scandal's name in France: the Bettencourt Affair.

The former president was formally accused with a breach of trust this past March. As Agence France-Presse reported, investigators believed that the party backing Sarkozy received as much as $5.2 million from the heiress.

But on Monday, Sarkozy's name was cleared, nearly 18 months after he lost the presidency to Socialist Francois Hollande. As Sarkozy has fought allegations of wrongdoing, he has also been the subject of a rumored comeback attempt.

"With President Francois Hollande's approval ratings at record lows, analysts say Sarkozy may have his eye on running again in 2017," reports NPR's Eleanor Beardsley from Paris.

While the charges against Sarkozy were dismissed Monday, others named in the case remain under a legal threat, as 10 people who were indicted — including a former Labor minister who was also Sarkozy's campaign treasurer — could go on trial next year, Le Monde reports.