Accessibility links
Shutdown Prompts Emergency Declarations In Utah : The Two-Way One local official said the declarations were pleas for the federal government to open national parks. The shutdown has has been devastating for some towns, because October is peak tourist season. 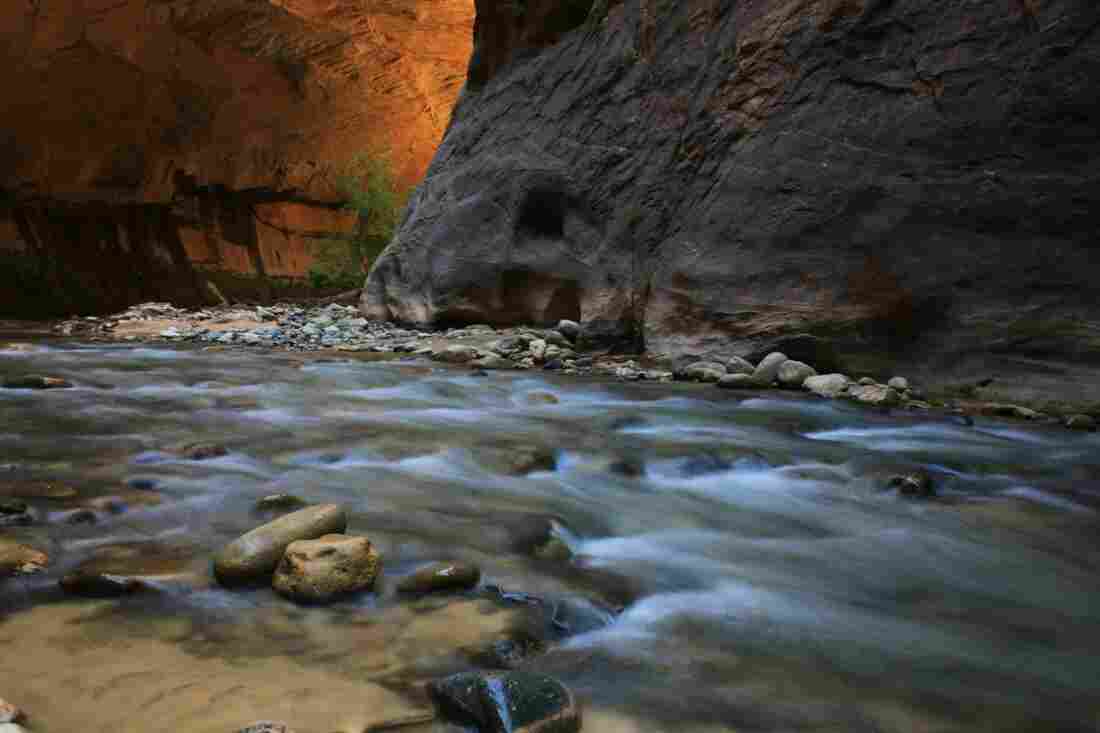 The Virgin River Narrows in Zion National Park is a popular fall hike for thousands of visitors but the government shutdown has closed the park and drained tourism revenue and tax payments from local communities. Wanda Gayle/NPR hide caption 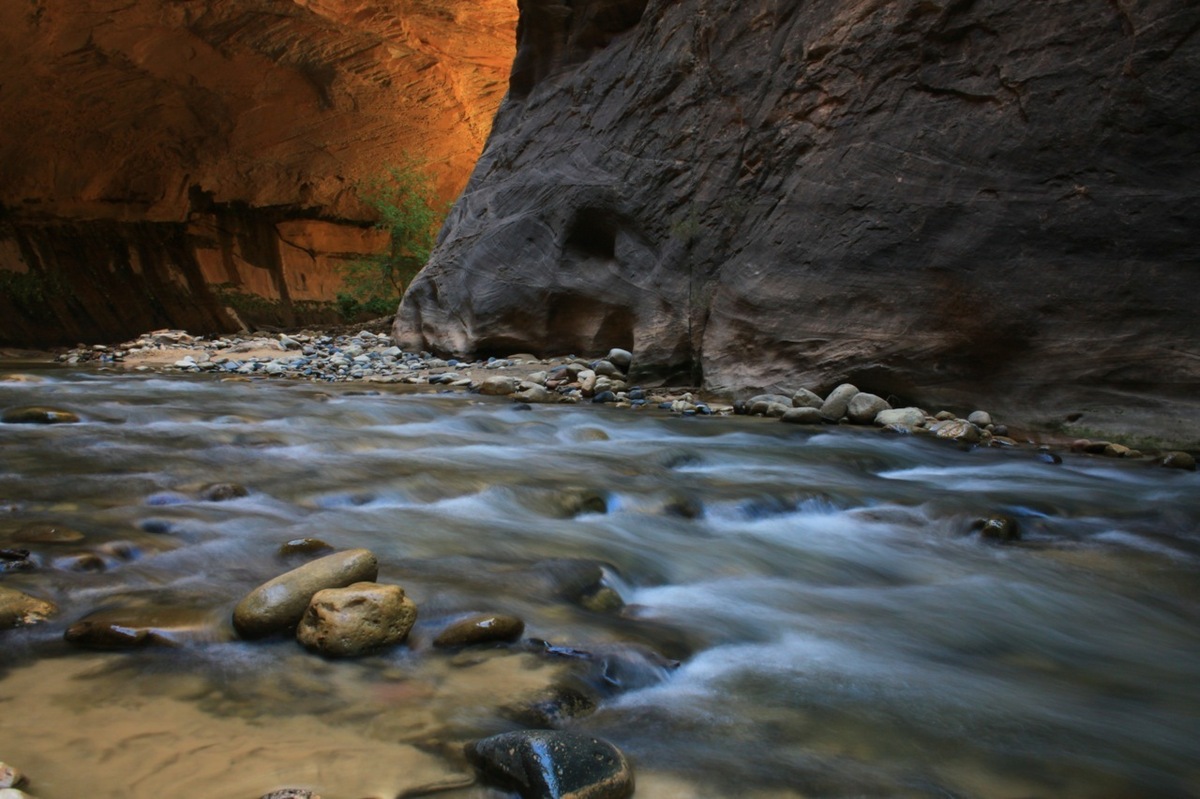 The Virgin River Narrows in Zion National Park is a popular fall hike for thousands of visitors but the government shutdown has closed the park and drained tourism revenue and tax payments from local communities.

And Republican Gov. Gary Herbert has responded with a plea to President Obama to reopen the region's National Park areas with state, local and private funding.

"These closures must end immediately," Herbert wrote in a formal request to the President. "The unwarranted shut down of the national parks and other federal facilities is devastating to individuals and businesses that rely on these areas for their livelihood."

Seventeen years ago, during the last shutdown of the federal government, the state of Arizona provided funds to keep open the south rim of Grand Canyon National Park.

A spokesman for the National Park Service says the agency is considering a response to Utah's request.

Utah has five of the nation's most attractive National Parks, especially to foreign visitors, who arrive by the busload this time of year. Communities with hotels, restaurants, outfitters and other tourism businesses outside Zion, Bryce Canyon, Capitol Reef, Arches and Canyonlands National Parks, report cancellations and worker layoffs.

Grand Canyon National Park is just south of Utah in Arizona and is also a major tourism driver for southern Utah counties.

The state also has 16 National Monuments, National Recreation Areas and National Forests that are magnets for sightseers, boaters, fishers and hunters.

"October is a peak season for tourism in many parts of Utah," Herbert wrote. In a news release, Herbert claimed the shutdown has had a $100 million impact in the state so far, including furloughs of workers at military bases and federal offices.

Four counties in southwestern Utah say they're losing as much as $300,000 a day in tourism spending and tourism-related tax revenue. So, county commissioners in Iron, Washington, Kane and Garfield counties met in emergency sessions Monday and declared states of emergency.

"These are pleas from county leaders for Congress and the administration to get the parks open," says Dean Cox, the administrator in Washington County, which hosts many of the 3 million people who visit Zion National Park each year.

Springdale, Utah, is Zion's gateway community and it normally sees 10,000 visitors a day in autumn. "It's a virtual ghost town," Cox says.

Garfield County includes Bryce Canyon National Park and officials there say 75 per cent of the county's revenue is dependent on tourism, which also provides more than 40 percent of the jobs.

"People are out of work," says Falyn Owens, the director of the Garfield County Office of Tourism. "And we're not collecting taxes" derived from tourism visits.

Garfield is a rural county nearly the size of the state of Connecticut but with just 5,000 people. Ninety-six percent of the county is public land managed by the federal or state governments. Taxes paid by tourists are a major part of local government funding.

Neighboring Kane County is 86 percent federal land and includes some of the most stunning red-rock and canyon scenery in the world. Filmmakers and domestic and foreign tourists flock there. English is sometimes a rare language heard in visitor's centers.

Sightseeing and adventure trips account for 1/3 of the local economy, according to the county's tourism office. October is a busy month for visitors avoiding the summer heat and crowds.

Some have been unable to retrieve permits obtained months in advance to hike stunning rock formations such as "The Wave," which looks like ocean waves frozen in red sandstone. The permit office is crowded every morning with dozens of people often from Europe, Asia, Australia, New Zealand and the United States seeking ten highly-prized "walk-in permits" that are usually distributed daily.

"This closure is having a devastating impact," the Kane County Commissioners wrote in their emergency declaration.

Washington County's Cox says "we're not going to throw any punches at anybody" in response to a question about who is to blame for the shutdown. "You point your finger at everybody."