Accessibility links
Obama Will Tap Janet Yellen As Fed Chairwoman : The Two-Way Yellen currently serves as the Federal Reserve's vice chairwoman. If confirmed she will take over for Ben Bernanke, with whom she has worked hand-in-glove with over the past few years. 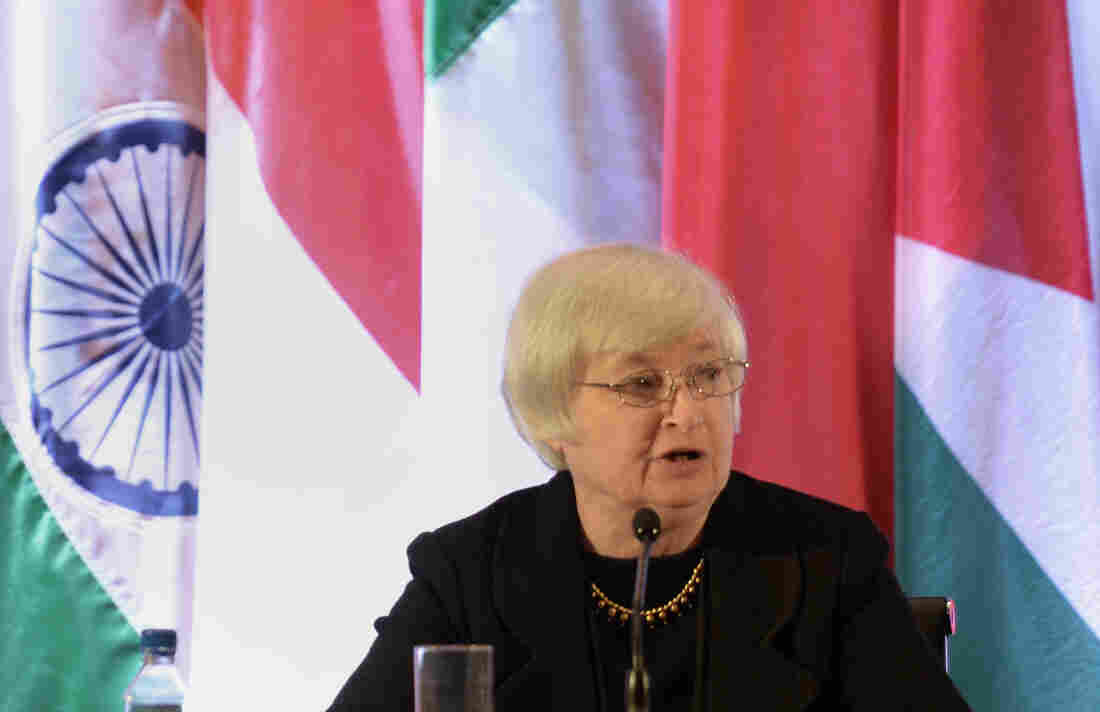 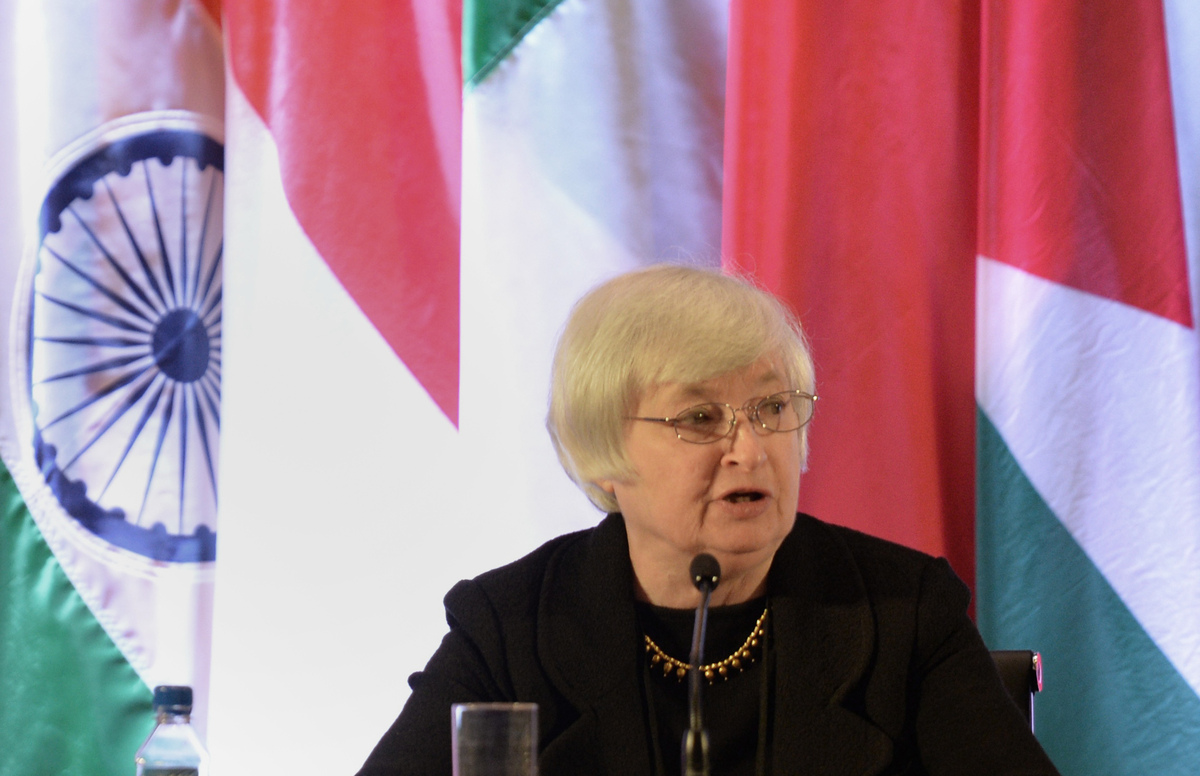 If confirmed, Yellen, 67, would be the first woman to head the American central bank.

Obama is scheduled to make the announcement at 3 p.m. ET. Wednesday.

"The nomination would conclude a long and unusually public debate about Mr. Obama's choice which started last June when he said that Ben Bernanke wouldn't be staying in the post after his term ends in January.

"Mr. Obama gave serious consideration to his former economic adviser, Lawrence Summers, who pulled out in September after facing resistance from Democrats in the Senate."

Bernanke has served as chief at the Fed since 2006.

"She's a good, solid, safe choice," Bob McTeer, who served as the Dallas Fed Chief and is now a distinguished fellow at the National Center for Policy Analysis, a Dallas-based think tank, tells our Newscast unit.

Yellen, said McTeer, will certainly be less colorful and less exciting a choice than Summers would have been, but she is capable and already "very popular" within the Federal Reserve system.

Yellen, said McTeer, is the "expected" choice. She worked "hand-in-glove" with Bernanke and "most of Washington will recognize that Mr. Bernanke has done an excellent job in steering us away from a second Great Depression back in '08 or '09."

McTeer served with Yellen for a number of years and he says that she's a "very deliberate speaker," who has "all her material thought-out and written-out in advance and some people may find it a little bit tedious."

The New York Times reports that, if confirmed, Yellen's first test would be to decide when to begin winding down the Fed's economic stimulus. The paper reports that Yellen worked hand-in-hand with Fed Chief Ben Bernanke to institute the policy.

"If anything, Ms. Yellen has wanted the Fed to take even more aggressive measures to lift economic growth, believing the risks of inflation are modest. But her views and Mr. Bernanke's appear close enough that markets have considered her potential ascension as a sign of continuity at the Fed."

Bloomberg reports that Yellen has made the case for maintaing highly-accommodative monetary policy for the foreseeable future. In 2012 speeches, she said the Fed could keep interest rates at historic, near-zero levels into 2015.