Accessibility links
Shutdown Forces Antarctic Research Into 'Caretaker Status' : The Two-Way Scientists who do research in Antarctica have just learned that the shutdown will effectively cancel all of their planned fieldwork on the icy continent this year. All research activities not essential to human safety and the preservation of property will be stopped. 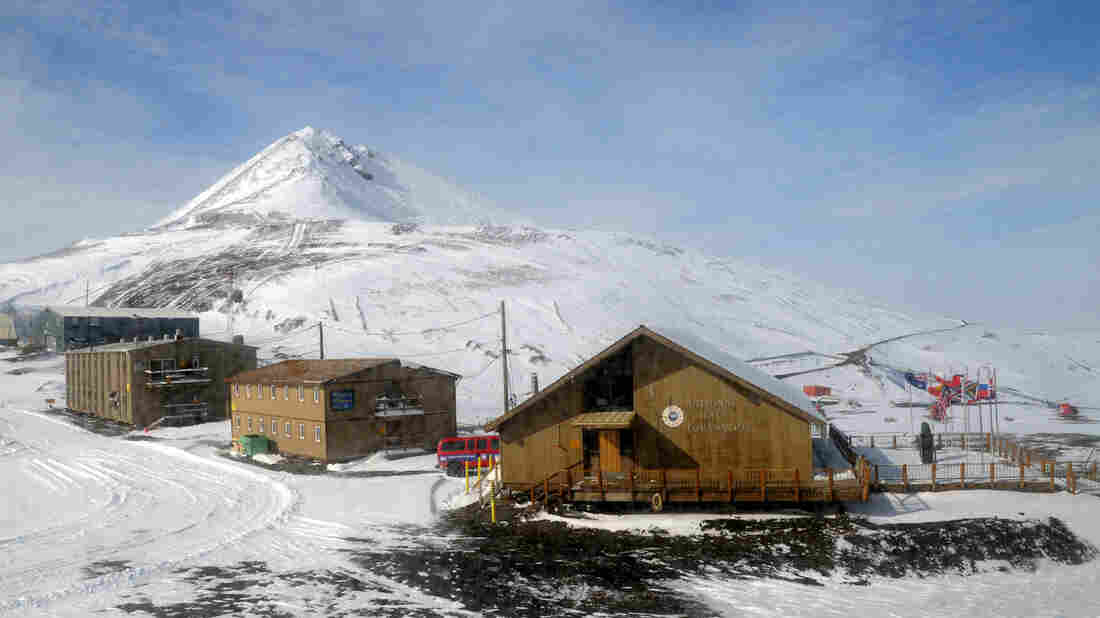 Earlier this week we told you that scientists who do research in Antarctica have been on pins and needles, worried that the government shutdown would effectively cancel all of their planned field work this year.

Well, those scientists just got the news they didn't want to hear.

Today, officials at the U.S. Antarctic Program posted a statement online saying they are moving to "caretaker" status at the three U.S. research stations, ships and other assets, and all research activities not essential to human safety and the preservation of property will be stopped.

The National Science Foundation (NSF) is responsible for managing and coordinating the U.S. Antarctic Program (USAP) on behalf of the nation. This includes providing support personnel and facilities and coordinating transportation and other logistics for scientific research. Due to the lapse in appropriation, funds for this support will be depleted on or about October 14, 2013.

Without additional funding, NSF has directed its Antarctic support contractor to begin planning and implementing caretaker status for research stations, ships and other assets. The agency is required to take this step as a result of the absence of appropriation and the Antideficiency Act.

As NSF moves to caretaker status, it will also develop the information needed to restore the 2013-14 austral summer research program to the maximum extent possible, once an appropriation materializes. It is important to note, however, that some activities cannot be restarted once seasonally dependent windows for research and operations have passed, the seasonal workforce is released, science activities are curtailed and operations are reduced.

NSF remains committed to protecting the safety and health of its deployed personnel and to its stewardship of the USAP under these challenging circumstances.

Most research in this remote, icy continent at the bottom of the world takes place from October to February, when it's warmer and there's enough daylight. Scientists who go down there depend on things like housing and transportation provided by the U.S. Antarctic Program. It supports three research stations, including one at the South Pole, that are staffed year-round.

"Wow, it's looking pretty bad right now. I was a lot more optimistic yesterday," John Priscu, a Montana State University biologist who has been to Antarctica about thirty times, told us after he heard the news.

He says he was stunned by the announcement and was still trying to understand what this will mean both for his research and the entire field season down there. "I don't think anybody really knows," Priscu says.

"It's a thing that's never happened before," says Peter Doran, a professor of Earth sciences at the University of Illinois at Chicago, who was scheduled to go to Antarctica later this year. "I'm still hoping that something will happen middle-of-the-month in Congress that will turn this around."

But he says it's a huge operation to fly people in and out of McMurdo Research Station, and plans can't be made and unmade quickly.

"There's things that really that they have to do. There are people still at the South Pole Station that have been there all winter. They need to get visited to have supplies refreshed. They need fuel, all that kind of stuff," says Doran.

Research that could be affected includes biological studies of animals like penguins, as well as astrophysics and studies on the effects of climate change.