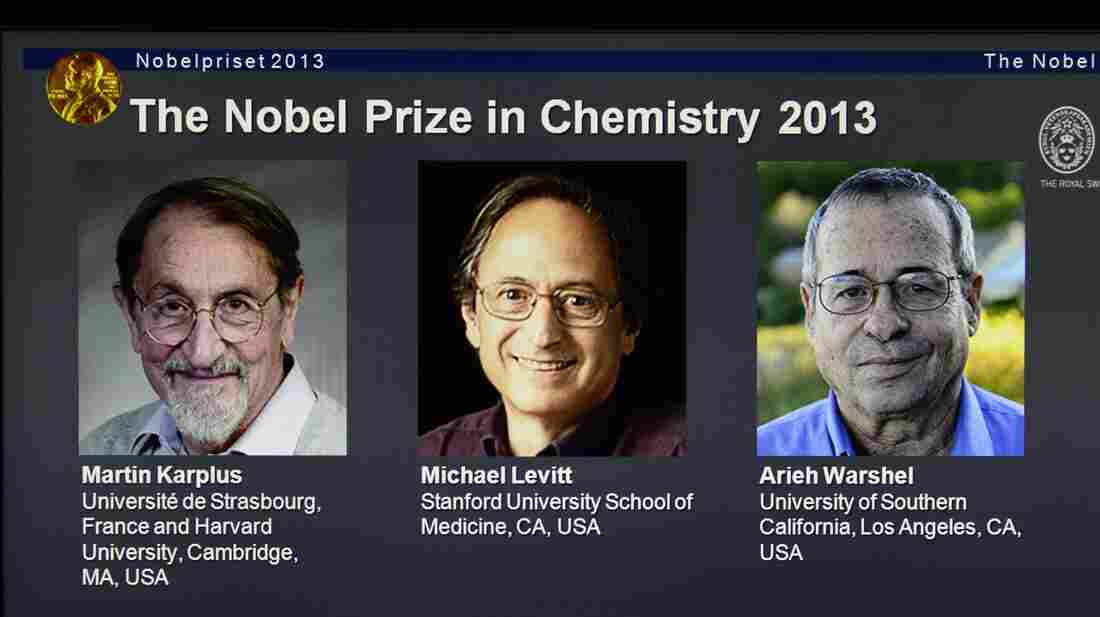 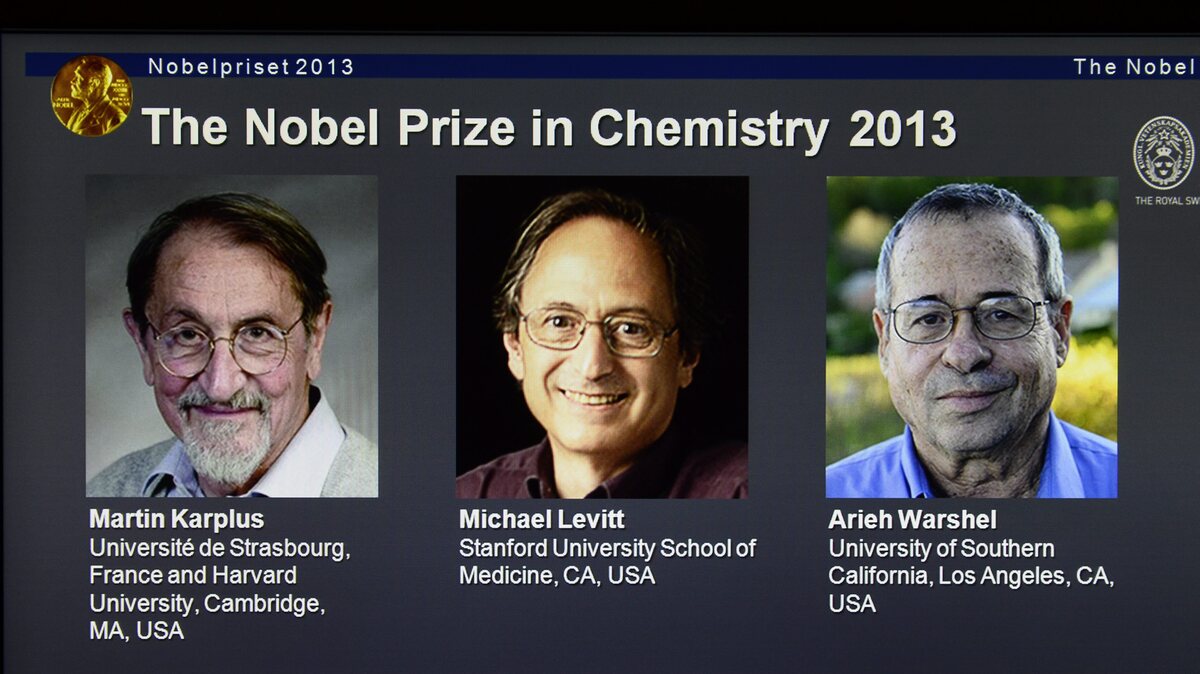 Martin Karplus, Michael Levitt and Arieh Warshel have won the Nobel Prize in chemistry for their development of powerful computer models used to simulate how chemical reactions work, the Royal Swedish Academy of Sciences announced Wednesday.

The technology they pioneered is now used to develop drugs and to perform other vital tasks in the laboratory.

"Chemists used to create models of molecules using plastic balls and sticks. Today, the modelling is carried out in computers," the academy said. "In the 1970s, Martin Karplus, Michael Levitt and Arieh Warshel laid the foundation for the powerful programs that are used to understand and predict chemical processes. Computer models mirroring real life have become crucial for most advances made in chemistry today."

On Morning Edition, NPR's Richard Harris says "Karplus ... and his group [at Harvard] were working with the spooky world of quantum mechanics to simulate simple chemical reactions." He was "using this incredibly basic physics to simulate something as complicated as a molecule ... [but] couldn't do it that well."

At the same time, Warshel and Levitt were working on computer simulations of chemistry using classical physics. "That allowed them to solve bigger problems, but in a much more simplified way. So at Harvard, Warshel and Karplus combined these two approaches ... and later, working with Levitt, they pioneered the world of doing chemistry inside a computer," Harris explains.

The academy said that "the work of Karplus, Levitt and Warshel is ground-breaking in that they managed to make Newton's classical physics work side-by-side with the fundamentally different quantum physics."

"Previously, chemists had to choose to use either/or," it said.

For more on the winners and their research, head on over to the Shots blog.

[An earlier version of this post said Warshel was born in Israel. His birth year is 1940, eight years before Israel was declared a nation.]