Accessibility links
To Help During Shutdown, Man Mows Lawn Around Lincoln Memorial : The Two-Way Chris Cox said he was not making a political statement. "At the end of the day, we are the stewards of these buildings that are memorials," Cox said.

To Help During Shutdown, Man Mows Lawn Around Lincoln Memorial

To Help During Shutdown, Man Mows Lawn Around Lincoln Memorial 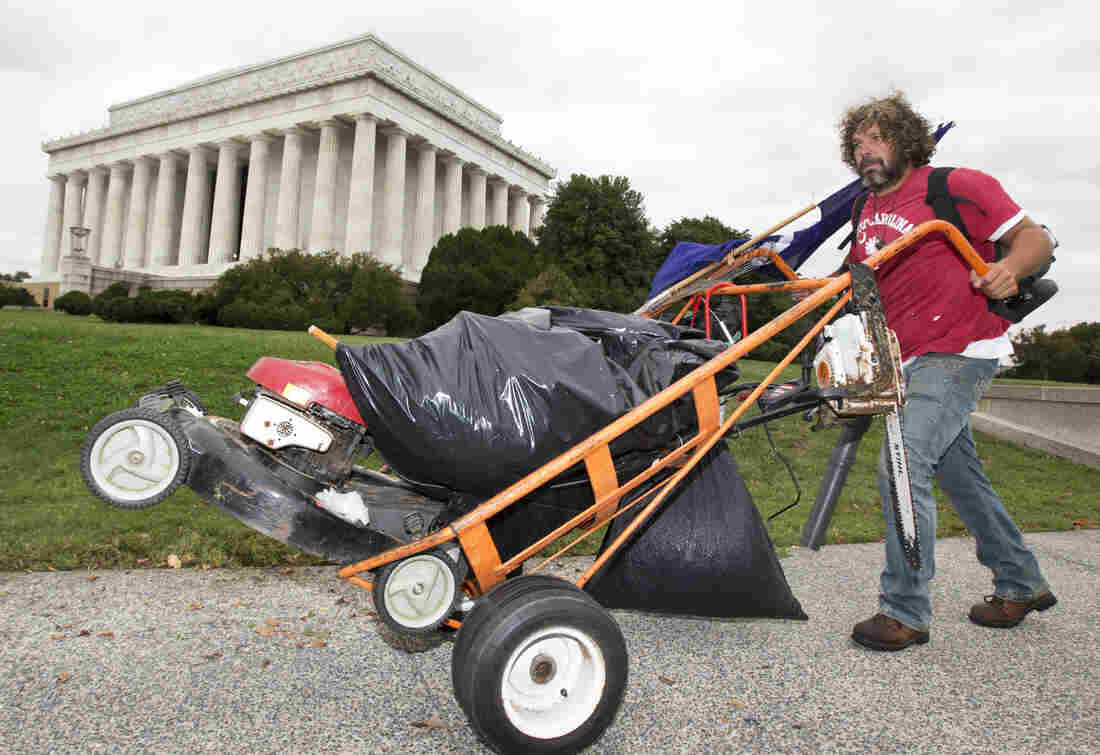 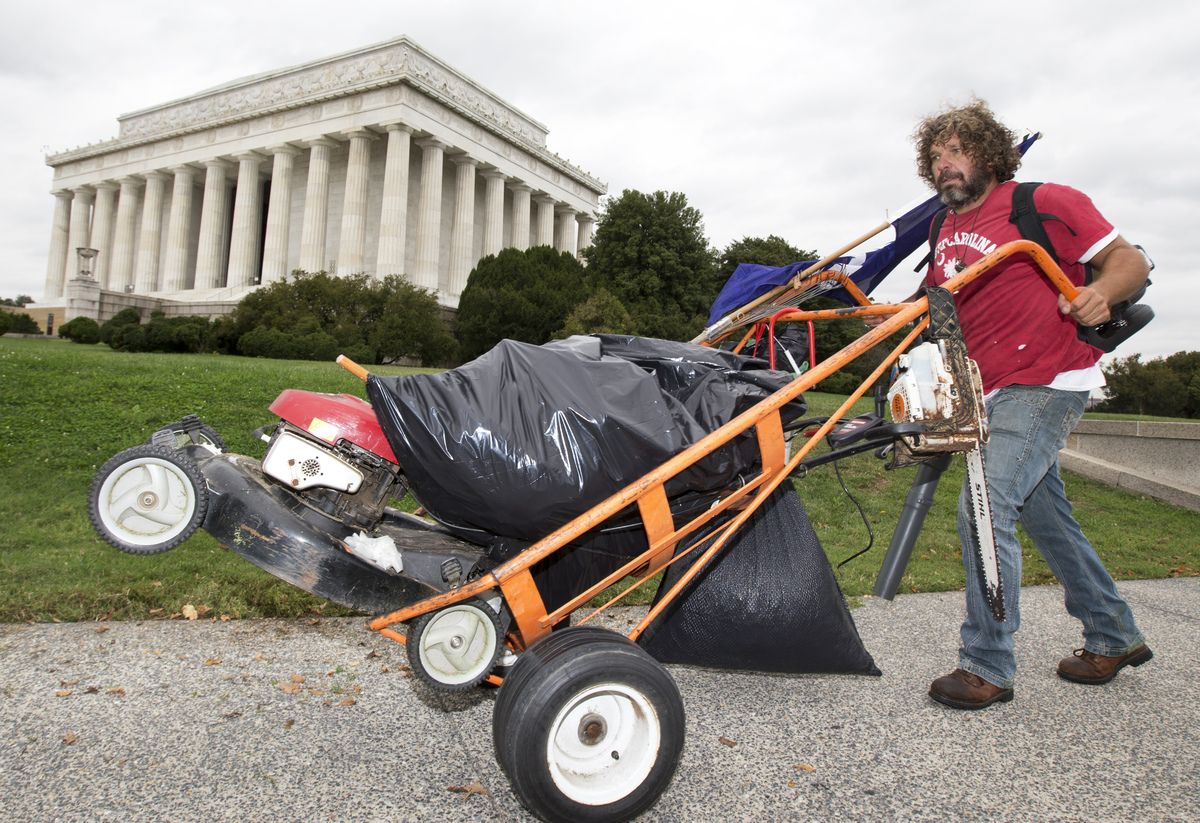 Chris Cox of Mount Pleasant, S.C., pushes a cart near the Lincoln Memorial in Washington, on Wednesday.

Because of the partial government shutdown, most of the monumental core in Washington, D.C. is not being maintained.

That means that icons like the Lincoln Memorial and its Reflecting Pool look a little less majestic.

But, today, a South Carolina man, took matters into his own hands and made news by doing what the government won't do.

As The Washington Post reports, Chris Cox, 45, bought an old lawn mower and a leaf blower and got to work, making sure the lawn was nice and kempt and some fallen tree limbs were moved out of the way.

Cox told the Post that he was not taking a political position by keeping up public lands.

"The building behind me serves as a moral compass, not only for our country but for the world. And over my dead body are we going to find trash pouring out of these trash cans," he said. "At the end of the day, we are the stewards of these buildings that are memorials."

The Post reports that U.S. Park Police told him to stop mowing the lawn.