Accessibility links
County In Utah Threatens Takeover Of National Park Areas : The Two-Way County officials called the plans to reopen national parks to visitors an act of civil disobedience. The shutdown, they say, has starved local economies of tourism dollars, so they have to do something. 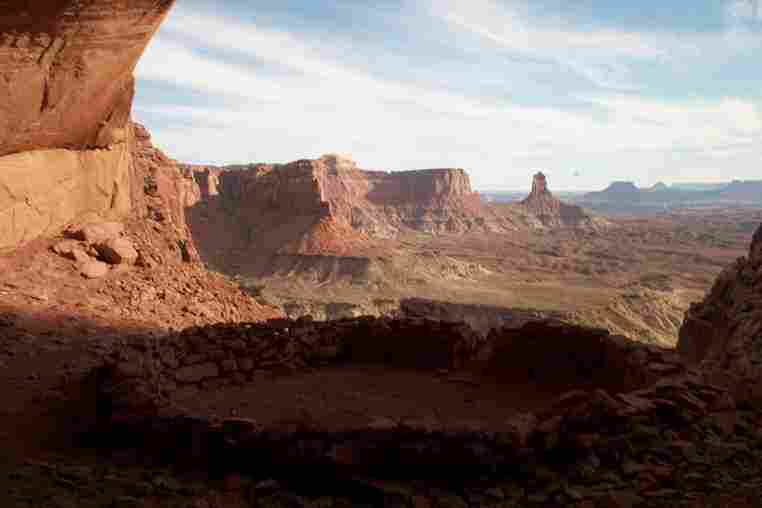 False Kiva in the Island in the Sky section of Canyonlands National Park is off-limits to hikers during the government shutdown but officials in San Juan County, Utah, say they plan to reopen the park themselves and allow visitors to enter. Wanda Gayle/NPR hide caption 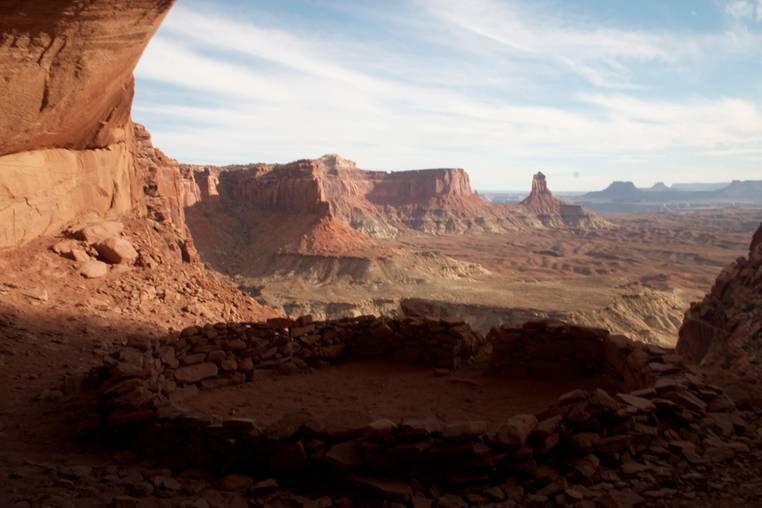 False Kiva in the Island in the Sky section of Canyonlands National Park is off-limits to hikers during the government shutdown but officials in San Juan County, Utah, say they plan to reopen the park themselves and allow visitors to enter.

San Juan County has become the fifth county in Utah to declare a state of emergency in response to the closure of National Park areas.

But the San Juan County Commission has also decided to storm National Park Service barricades, take control of some parks, and reopen them to the public.

"This is civil disobedience," says Phil Lyman, a CPA and county commissioner from Monticello, Utah, in the southeastern corner of the state. "What's happening to us is wrong."

The commissioners had decided to take down the barricades at Natural Bridges National Monument as early as Thursday morning but put off that move to give Utah Governor Gary Herbert time to discuss the issue with Interior Secretary Sally Jewell.

"The decision has been made," Lyman adds. "But decisions change."

At least 60 people would be involved, according to Rick Bailey, the county fire marshal. Bailey said the costs of the operation haven't been calculated but he said they're necessary.

"How do we let local businesses starve to death?" he asked.

The commissioners indicated in their Wednesday meeting that they are seeking financial assistance from the state of Utah.

Bailey says 70 percent of the county's businesses depend on visitors to the region's National Parks, Monuments and Recreation Areas, as well as public lands managed by the U.S. Forest Service and Bureau of Land Management.

Ninety-one percent of the county is state, federal or Indian reservation land and the county has a history of protesting and resisting federal land management policies.

The county is also as big as Connecticut and Delaware combined and the National Park areas involved in the planned takeover are hundreds of miles apart.

Kate Cannon, the regional superintendant of the National Park Service, has been kept informed, the commissioners said in their meeting Wednesday.

"We have been advised by the Park Service...that it is against the law," Bailey says of the county's plans. "They have not indicated that they would make arrests or stop people."

Trespassing in a National Park can trigger a citation that is then adjudicated by a Federal Magistrate, who can levy fines of up to $500 and jail terms of up to six months.

A spokesman for the National Park Service says the agency plans to issue a statement soon.

"We don't want to threaten or intimidate federal employees," an unidentified commissioner said during a recorded conference call. "We're not strong-arming anybody. We're just getting people into these places."

This weekend and early next week are usually very busy for federal and state lands in the state because universities and public schools have fall break.

They agreed that they would explain their actions by saying "we as a county are trying to do what is in the best interests of the public."

"This is just...common sense," Herbert said. "And frankly we ought to be finding solutions to keep them open rather than saying why they have to be closed."