Accessibility links
Feds To Consider State Funding To Reopen National Parks : The Two-Way The Department of the Interior said interested states must have "an ability to fully fund National Park Service personnel to re-open national parks in their states." 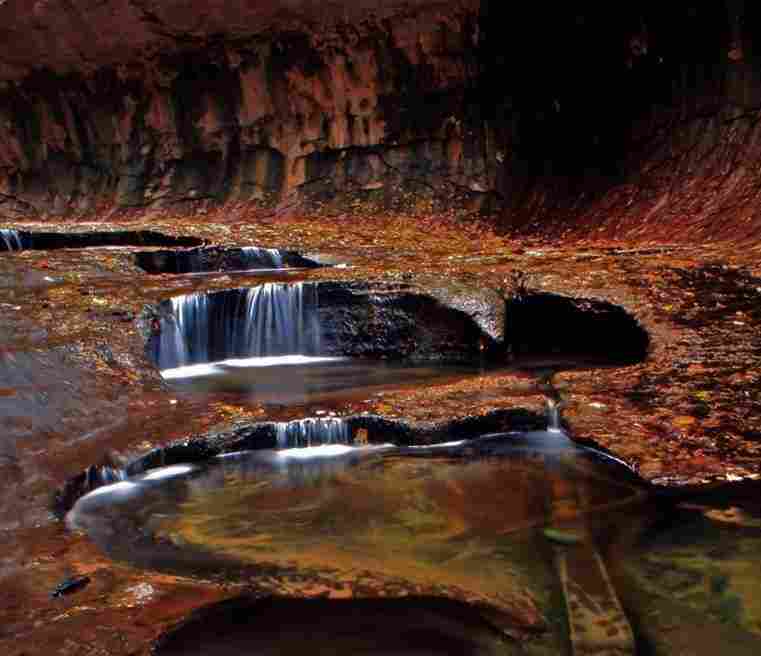 An autumn scene in the canyon known as "The Subway" in Zion National Park in Utah, which is now off-limits to hikers and other tourists due to the government shutdown. Wanda Gayle/NPR hide caption 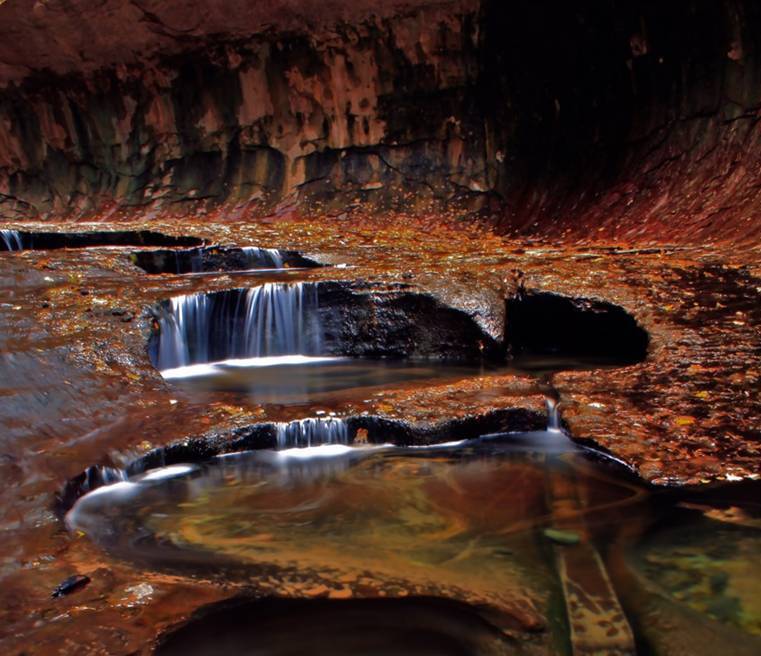 An autumn scene in the canyon known as "The Subway" in Zion National Park in Utah, which is now off-limits to hikers and other tourists due to the government shutdown.

With economic impacts mounting and one Utah county threatening to take over national parks, Interior Secretary Sally Jewell says she will "consider agreements with governors" to allow state funding of national parks so that some can reopen to visitors.

Details are sketchy, but the agency "will begin conversations about how to proceed as expeditiously as current resources allow," according to Interior spokesman Blake Androff.

Androff says interested states must have "an ability to fully fund National Park Service personnel to re-open national parks in their states."

The governors of Utah, Arizona, South Dakota and Colorado have pushed the Obama administration to provide some mechanism to allow the use of state funds to get rangers and support staff back to work at national parks.

Arizona provided state funds 17 years ago to reopen the south rim of Grand Canyon National Park during a budget showdown and government shutdown.

Utah Gov. Gary Herbert welcomes Jewell's "solution that could relieve the economic hemorrhaging our local communities are experiencing," according to spokeswoman Ally Isom.

A report released hours before Jewell's announcement estimated the losses in and around Utah's Zion National Park at nearly $3.5 million during the government shutdown so far. The report from the Coalition of National Park Service retirees says more than 72,000 visitors have been kept out of Zion, and 2,100 local jobs are threatened.

In all, the Coalition estimates, the communities dependent on 12 of the nation's busiest and biggest national parks have lost $750 million in visitor spending in the last 10 days. More than 40,000 non-park service jobs are threatened, the group says.

It's unclear how the funding mechanism will work, how much it will cost, how many parks states can afford to open and whether congressional and state legislative action are required. Utah wants its funding to be repaid once the shutdown ends.

Isom says state officials and the Utah congressional delegation are scrambling to figure out how to proceed. She says a special session of the Utah legislature may be required to allocate funding.

Utah has five national parks and a dozen more national monuments and recreation areas, many of which are usually buzzing this time of year, especially with foreign tourists.

What is clear is that the decision buys time for the Obama administration in the face of mounting pressure from states and communities somewhat dependent on national parks tourism. Confrontations at some park areas were imminent. The administration continues to blame Congress for the shutdown, but many state and local officials in Utah blame President Obama alone, or the president and Congress.

One state lawmaker in Utah was planning to defy park rangers at Zion this weekend and lead supporters past barricades at the park entrance. Officials in San Juan County, in the southeastern corner of the state, planned to remove barricades at five National Park areas in the county, including Canyonlands National Park and Natural Bridges National Monument, and have sheriff's deputies and other county workers reopen the parks to visitors.

"There are real people whose real lives are being impacted every single day by congressional impasse," says Isom. "And we're eager to relieve them of that."