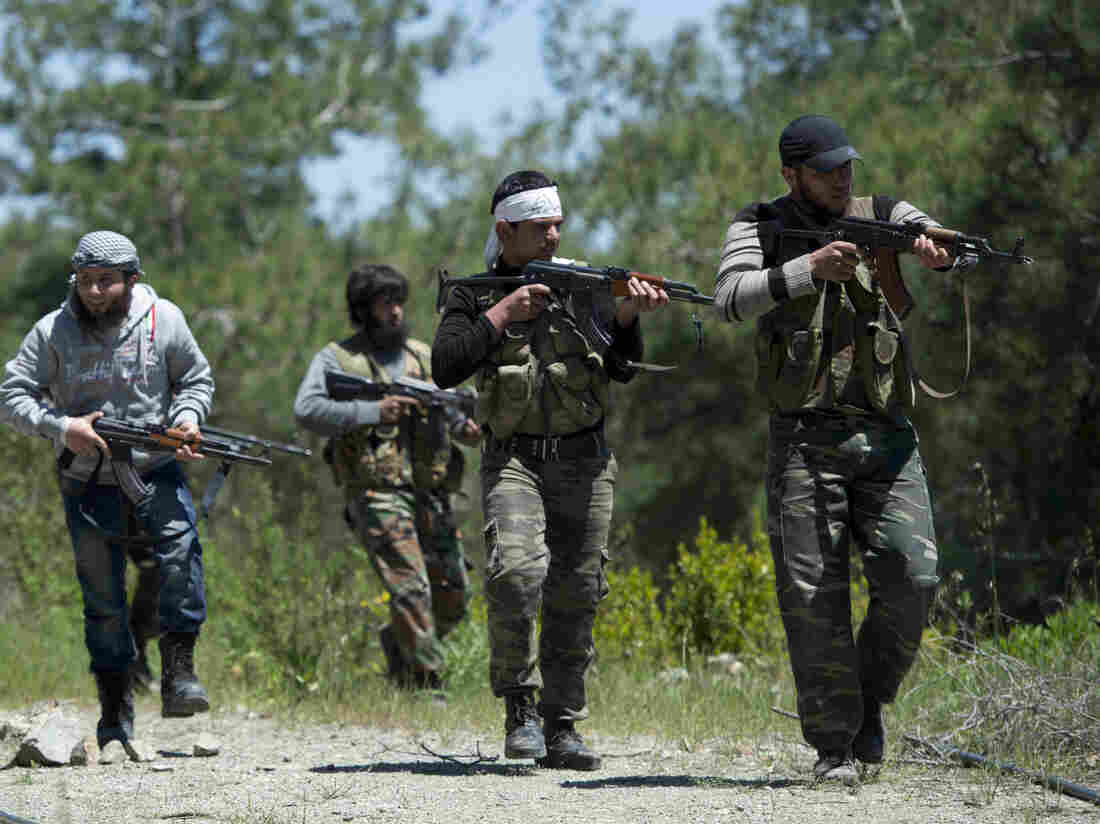 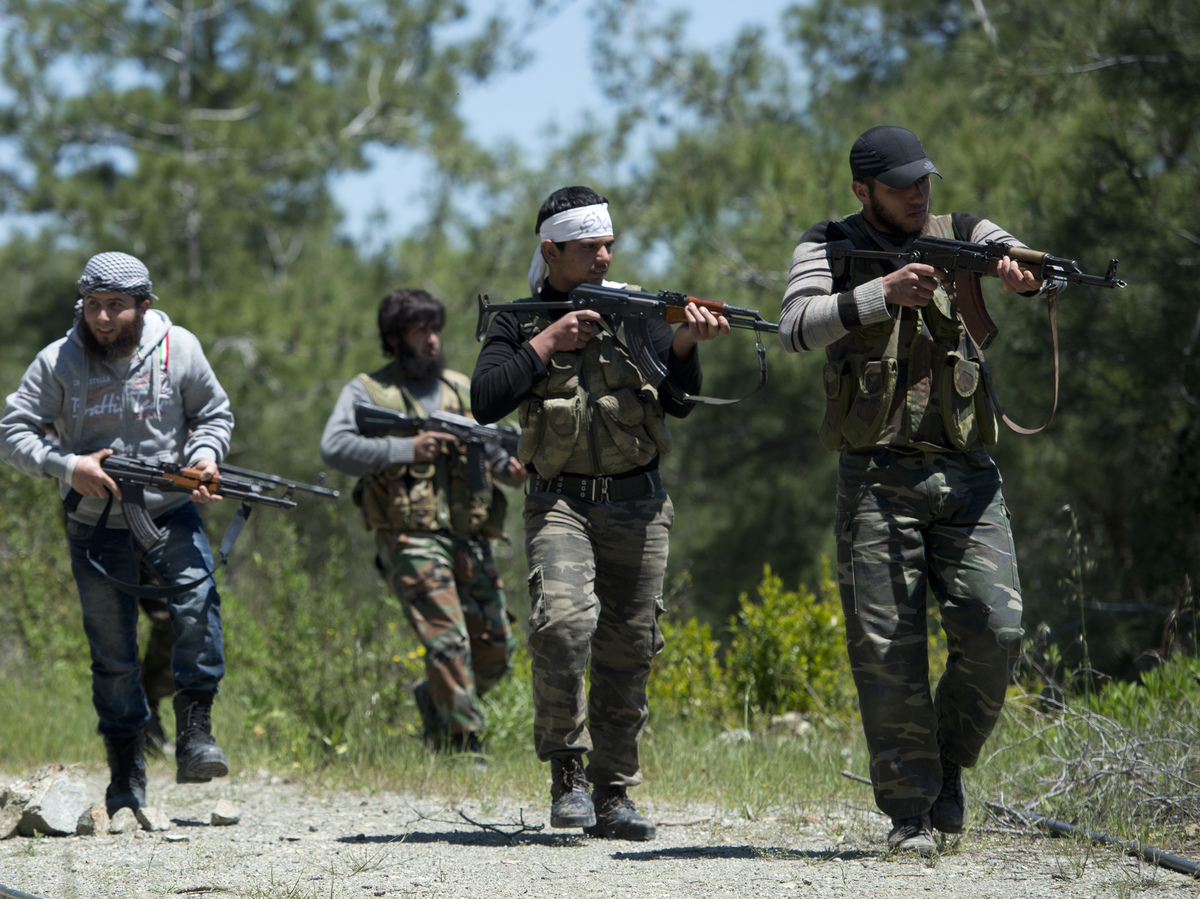 Rebel fighters from the Al-Ezz bin Abdul Salam Brigade train at an undisclosed location near the al-Turkman mountains in Latakia province, Syria, in April.

The New York-based group issued a 105-page report on Friday outlining the atrocities it says were committed on Aug. 4 in more than a dozen villages in Latakia province.

"Eight survivors and witnesses described how opposition forces executed residents and opened fire on civilians, sometimes killing or attempting to kill entire families who were either in their homes unarmed or fleeing from the attack, and at other times killing adult male family members, and holding the female relatives and children hostage," the report said.

"At the time of writing, according to opposition sources, over 200 civilians, the vast majority of whom are women and children, continue to be held by the Islamic State of Iraq and Sham (ISIS) and Jaish al-Muhajireen wal-Ansar, groups that led the opposition offensive," it said.

In the report, Human Rights Watch calls on the Syrian opposition to cut off ties with any group "credibly found to perpetrate systematic abuses against the civilian population."

Earlier this year, the group also detailed atrocities committed on civilians by the Syrian regime, including the government's use of chemical weapons in Aleppo in March.