Accessibility links
North Dakota's Delay In Reporting Oil Spill Raises Questions : The Two-Way A North Dakota agency waited more than a week to tell the public about a pipeline spill of more than 20,000 barrels of crude oil. A wheat farmer was the first to recognize the spill had happened. 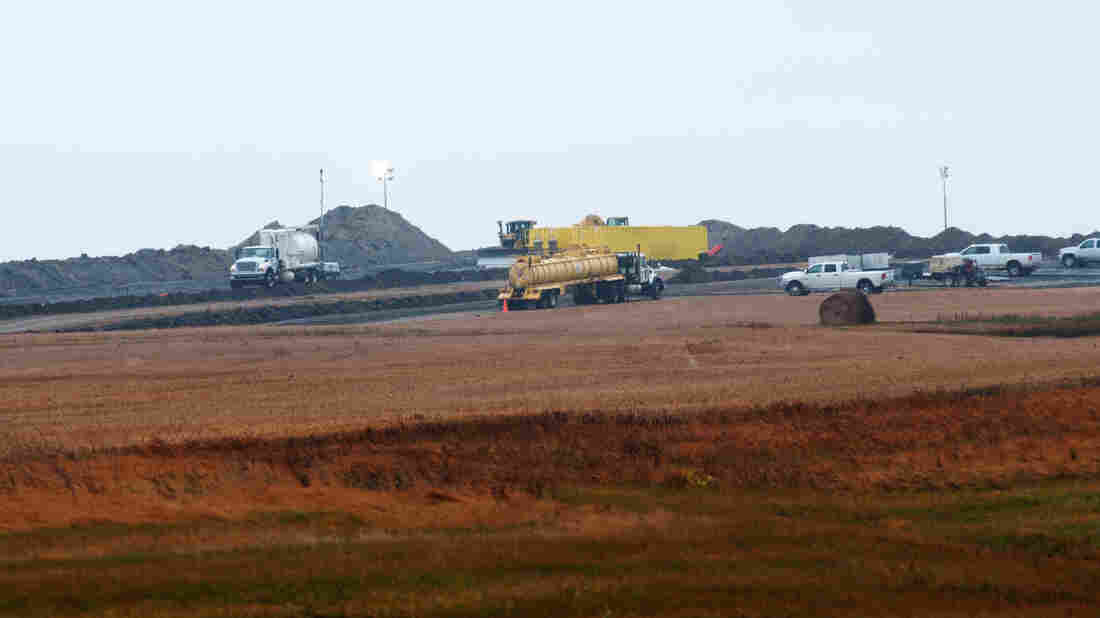 Cleanup went on Friday at the site of an oil pipeline leak and spill north of Tioga, N.D. Officials took nearly two weeks to tell the public about the break in a Tesoro Corp. pipeline. Kevin Cederstrom/AP hide caption 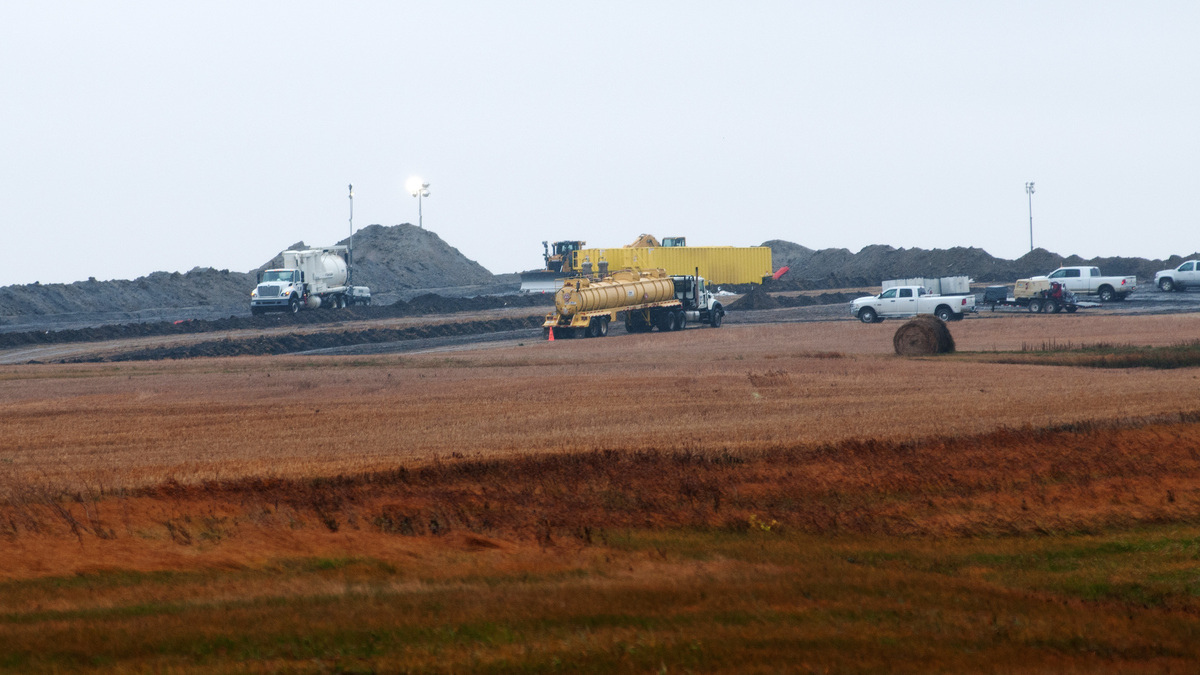 Cleanup went on Friday at the site of an oil pipeline leak and spill north of Tioga, N.D. Officials took nearly two weeks to tell the public about the break in a Tesoro Corp. pipeline.

The handling of an oil spill in North Dakota is raising questions, after a state agency waited to tell the public it had taken place. A wheat farmer was the first to recognize the spill had happened; it became public knowledge nearly two weeks later.

Here's how the AP describes the spill's discovery:

"Farmer Steve Jensen says he smelled the crude for days before the tires on his combines were coated in it. At the apparent break in the Tesoro Corp.'s underground pipeline, the oil was 'spewing and bubbling 6 inches high,' he said in a telephone interview Thursday."

Officials at the North Dakota Department of Health say that at first, they didn't realize the spill's size, according to a report filed for our Newscast unit by NPR's Sam Sanders.

With more than 20,000 barrels of crude covering more than seven acres of land, the spill is one of the largest in the state's history. It's far larger than the leak that occurred in Arkansas earlier in 2013. The leak has been stopped, officials say.

The incident is giving ammunition to critics who fault the way North Dakota has dealt with the oil boom the state has benefited from for several years now.

Theodora Bird Bear of the Dakota Resource Council tells Sam Sanders that the Health Department's actions are part of a larger pattern.

"There's a lot of revenue coming in from oil and gas development out here," she says. "But there's also a lot of costs that are unmeasured and never really acknowledged. North Dakota can do better."

As Sam reports, "In a statement, Tesoro said the spill caused no injuries or known impacts to water, wildlife or the surrounding environment."

State officials say the spill's potential damage was limited by a thick band of clay that lies beneath the area of the leak, keeping the oil from seeping into the ground water.