Accessibility links
Nirvana, Linda Ronstadt And KISS Among Rock Hall Nominees : The Two-Way Will "Rock and Roll All Nite" be blaring at next year's induction ceremony? For years, fans (and some bloggers) have been saying that KISS should be in the Rock and Roll Hall of Fame. Members of KISS Army could help make that happen. 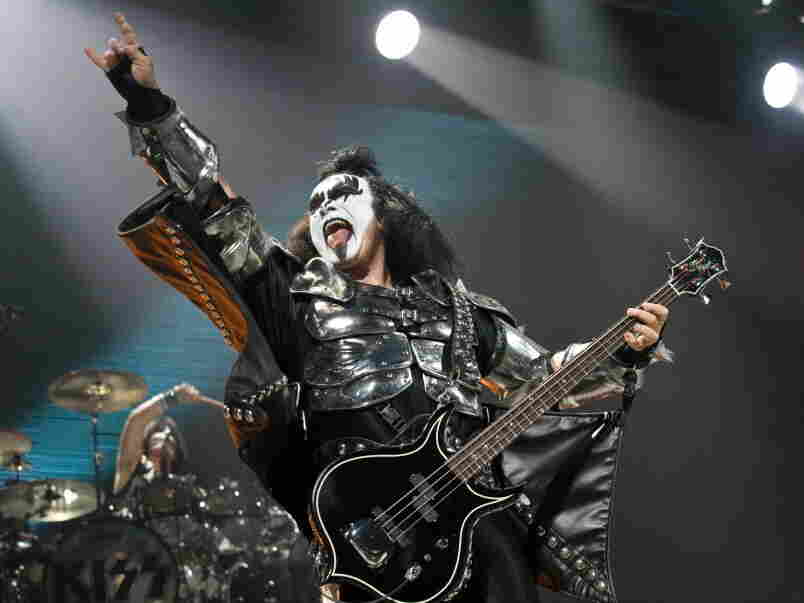 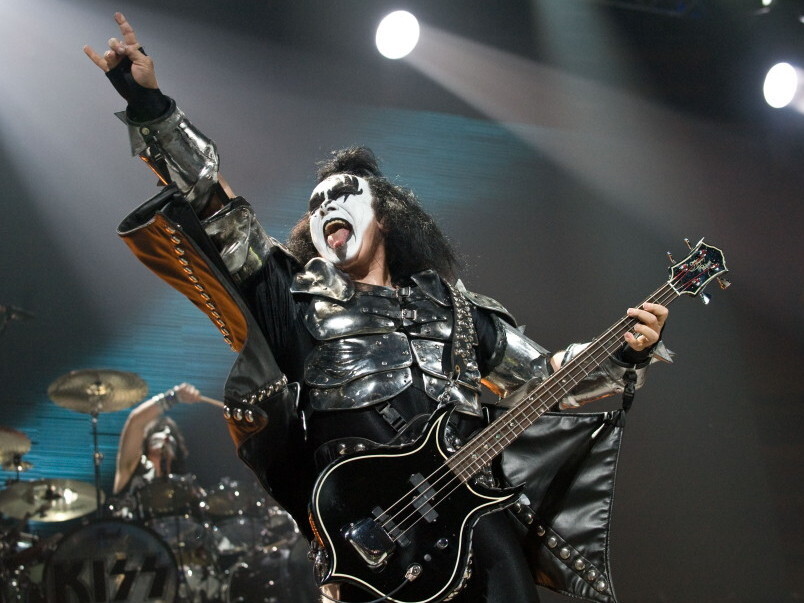 Gene Simmons of KISS during a 2009 concert in Washington, D.C.

Have years of complaining by fans (and The Two-Way) paid off?

The nominees for this year's of Rock and Roll Hall of Fame honorees have been announced and the band that many love to hate (or hate to love?) is back on the list.

Yes, KISS is up for consideration.

So, soldiers of the KISS Army, here's your chance to show your support.

The hall is once again collecting votes online in a two-step process that lets fans have some say. The public's opinion doesn't necessarily carry the day — there's still "an international voting body of more than 600 artists, historians and members of the music industry" that will weigh in to determine who's in and who's out.

"For the first time in the short history of the Rock Hall, an online fan vote equaled a single vote on the voting committee. Though the Rock Hall won't reveal total numbers, at least a quarter of those who voted checked the box next to Rush on their online ballots."

Rush made it into the hall.

KISS faces tough competition in step one of the hall's online polling, which ends in early December. This year's other nominees:

According to the hall, the "top five artists, as selected by the public, will comprise a 'fans' ballot' that will be tallied along with the other ballots to choose the 2014 inductees."

By the way, we know our harping on KISS's absence from the hall may be rather misguided if you judge artists solely by their influence or musicianship. Nirvana was there at the launch of grunge. Ronstadt is an icon of country rock who branched out into other genres. YES, like Rush, was a giant of "prog rock."

"The boys have sold more than 100 million albums. They're still slapping on the face paint and strapping on the platform boots to do concerts around the world. The band's a legend in its own time. Even the decidedly-unmetal Wilco pays a sort of homage to KISS."

Three years ago, we asked if KISS should be in the hall and about 85 percent of Two-Way readers who responded to our nonscientific survey said yes. We're reprising that question.