Accessibility links
Reporter Glenn Greenwald, eBay Founder Forming New Venture : The Two-Way The reporter famous for breaking the story on the NSA surveillance program is leaving the Guardian newspaper for a new journalism site that aims to compete on all fronts and "convert mainstream readers into engaged citizens." 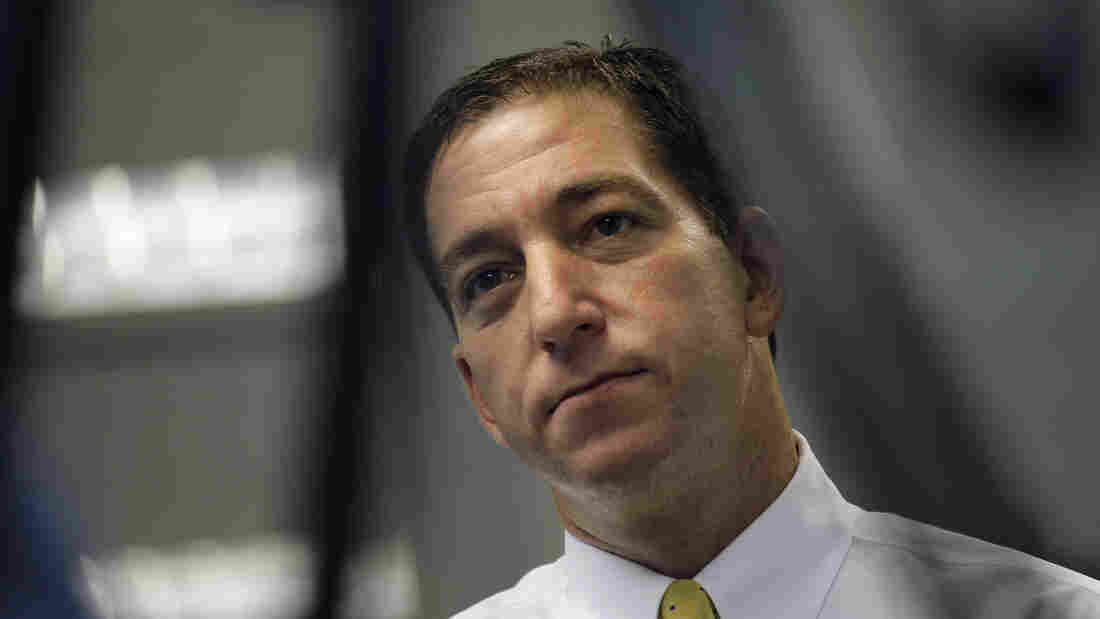 Glenn Greenwald, the reporter and blogger who broke the story on the National Security Agency's massive surveillance program, is leaving Britain's Guardian newspaper to join a new media venture.

Reuters reported Wednesday that the project will be funded by billionaire philanthropist Pierre Omidyar. The 46-year-old Omidyar founded auction site eBay in 1995 and became a billionaire at the age of 31 during the site's 1998 initial public offering.

Forbes estimates Omidyar's net worth at $8.5 billion. He has funded journalism projects before through his Omidyar Network, a "philanthropic investment firm" he runs with his wife, Pamela.

However, in a conversation with NYU's Jay Rosen on Tuesday, Omidyar revealed that the new venture will be funded outside of his philanthropy and with his own personal investment. He also said that there is no print product involved and it is an all-digital, for-profit news venture. It will also not be a niche product and will cover sports, business, entertainment and technology.

The news site, he said, will be based on a "personal franchise model." In essence it appears the goal is to seek out more journalists like Greenwald who "have their own reputations, deep subject matter expertise, clear points of view, an independent and outsider spirit, a dedicated online following, and their own way of working."

In a statement posted on the Omidyar Group site, he said: "I want to find ways to convert mainstream readers into engaged citizens. I think there's more that can be done in this space, and I'm eager to explore the possibilities."

The initial news of Greenwald's departure and the new media site was first reported on Tuesday by Buzzfeed. In an ironic twist, the news was leaked early, before Greenwald and Omidyar were prepared to announce it, so further details were not provided at the time.

Guardian spokeswoman Jennifer Lindauer said they were "disappointed" to lose Greenwald, but that they were leaving on good terms and considered him "a remarkable journalist."

Greenwald posted this statement on his blog on Tuesday:

"My partnership with the Guardian has been extremely fruitful and fulfilling: I have high regard for the editors and journalists with whom I worked and am incredibly proud of what we achieved.

"The decision to leave was not an easy one, but I was presented with a once-in-a-career dream journalistic opportunity that no journalist could possibly decline."

The new site also sought to hire Laura Poitras, reports the Washington Post, the filmmaker who was instrumental in linking former NSA contractor Edward Snowden to Greenwald and Barton Gellman of The Washington Post.

Greenwald told Buzzfeed in August that he and Poitras will continue to be the only two people with full access to the documents provided by Snowden.