Accessibility links
Congress Approves Bill To End Government Shutdown, Avert Default : The Two-Way After weeks of partisan bickering and a very public airing of deep divisions within the Republican party, the bipartisan deal brings to an end an episode that once again exposed Washington gridlock at its worst. President Obama said he would sign the bill and open the government immediately. 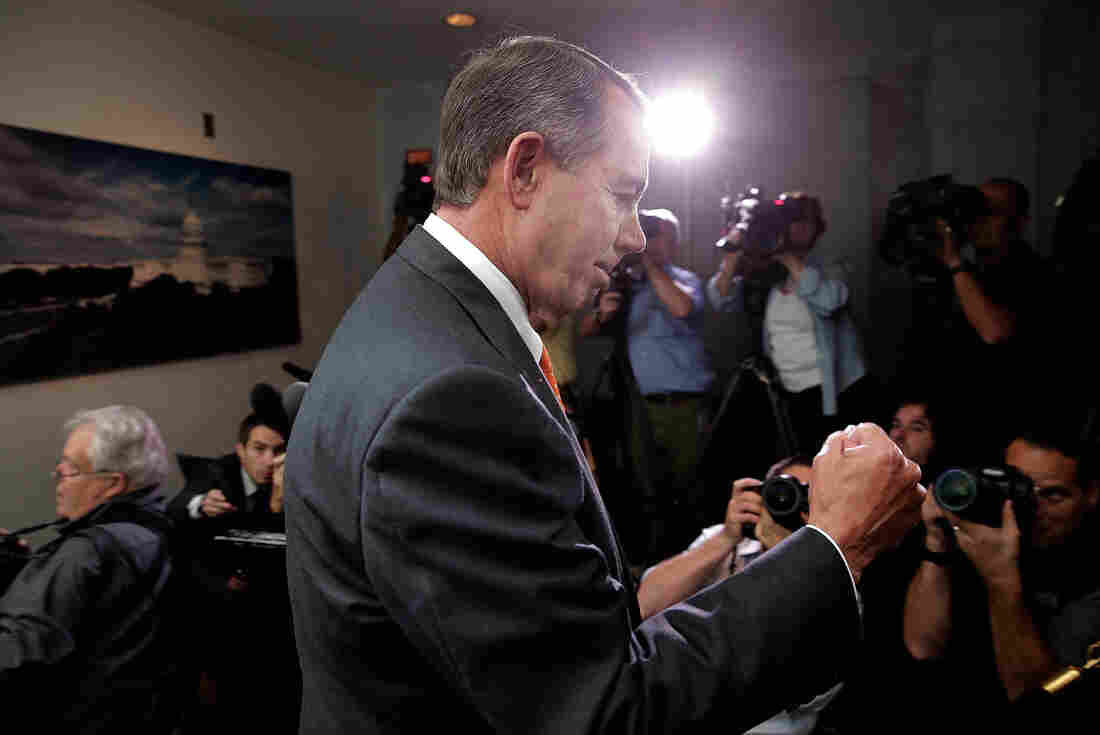 Speaker of the House John Boehner pumps his fist after leaving a meeting of House Republicans at the U.S. Capitol on Wednesday. Win McNamee/Getty Images hide caption 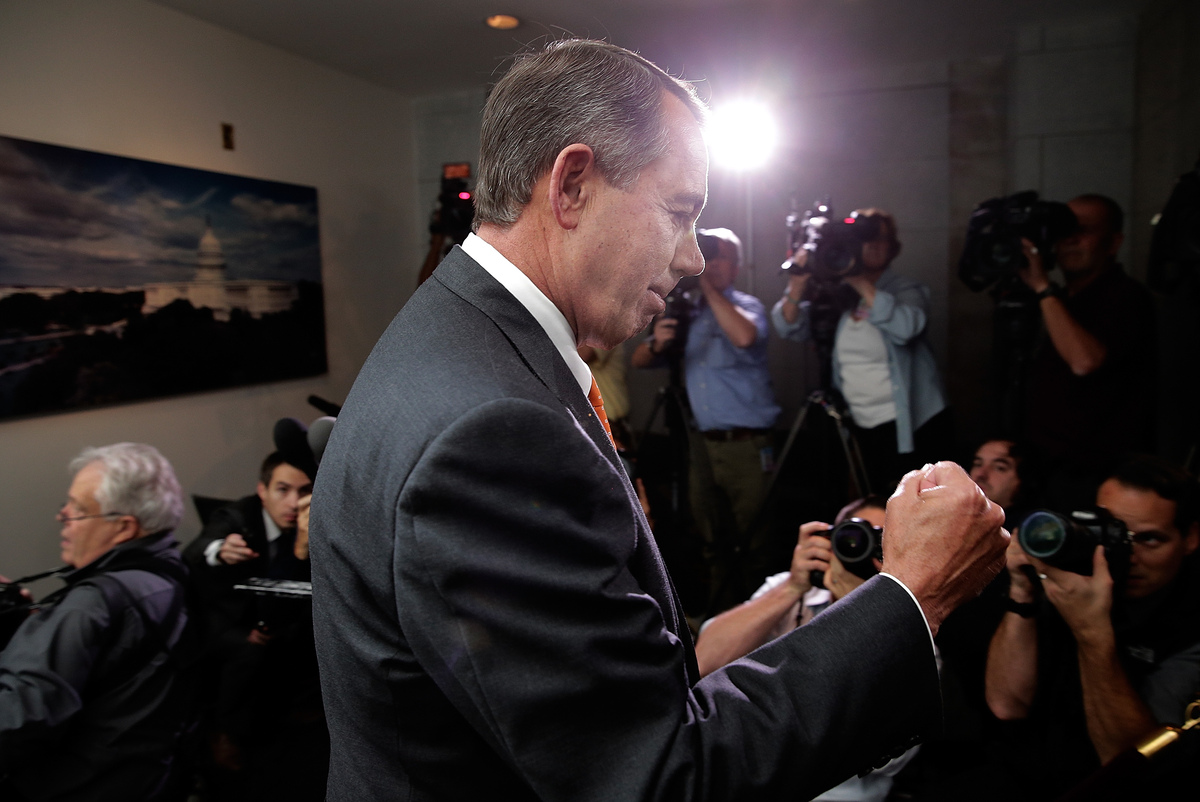 Speaker of the House John Boehner pumps his fist after leaving a meeting of House Republicans at the U.S. Capitol on Wednesday.

Bringing to an end an episode that once again exposed Washington gridlock at its worst, the House approved a Senate deal that will end a 16-day federal government shutdown and avert the first government default in U.S. history.

The 285-144 vote came at the eleventh hour, after weeks of partisan bickering and a very public airing of deep divisions within the Republican party. President Obama signed the bill into law after midnight Thursday.

"We now have an opportunity to focus on a sensible budget that is responsible, that is fair, that helps hardworking people all across this country," Obama said after the Senate voted.

Republicans on the House floor seemed to echo that sentiment.

"It's time to restore some sanity to this place. To do this we must all give a little," Rep. Harold Rogers, a Republican from Kentucky, said before the House vote, adding that Congress should "govern for the greater good."

If you don't remember, this all started as a battle over Obama's signature legislation, the Affordable Care Act. Republicans attached conditions to defund or delay Obamacare to the bill that funds government operations. That led to a stalemate, which led to the first government shutdown in 17 years. Without ever reaching a resolution in that impasse, Congress moved on to the debt ceiling debate, where Republicans widened their focus to fiscal issues, saying they would not extend the borrowing authority of the country, unless Democrats agreed to talks on bigger fiscal issues.

Obama and the Democratically-controlled Senate stood firm, saying they would not negotiate by allowing Republicans to extract a ransom from the American people.

On Wednesday, Speaker of the House John Boehner, who had refused to allow a bill like this come to the floor of the House, caved.

In some ways it was a replay of 2011, when the country came within hours of defaulting. The two chambers volleyed legislation, had dramatic meetings at the White House and a few deals that looked like the real thing crumbled just hours before they were expected to be brought to floor.

But unlike last time, the deal struck by Senate Majority Leader Harry Reid and Senate Minority Leader Mitch McConnell isn't a major bargain. In fact, it leaves intact all the contentious issues. The deal makes virtually no concessions to Republicans and just sets up the possibility for another showdown like this when the debt ceiling expires in February and the continuing resolution expires in January.

Speaking after the Senate approved the bill, Obama warned that "we have to get out of the habit of governing by crisis."

Reid said: "Pain has been inflicted on our nation for no good reason. We cannot make this mistake again."

But in a statement, Boehner said his party would continue its fight against the Affordable Care Act and in a speech on the floor of the Senate, Ted Cruz, the Republican from Texas, who is considered one of the architects of the GOP position that contributed to this impasse, fired more warning shots.

He said things would have turned out differently, if Republicans had stuck together. Then he said he would, like the American people, continue to "rise up" and fight to "stop this train wreck of (Obamacare)."

We live blogged the action all night. If you want a play-by-play head to this post.