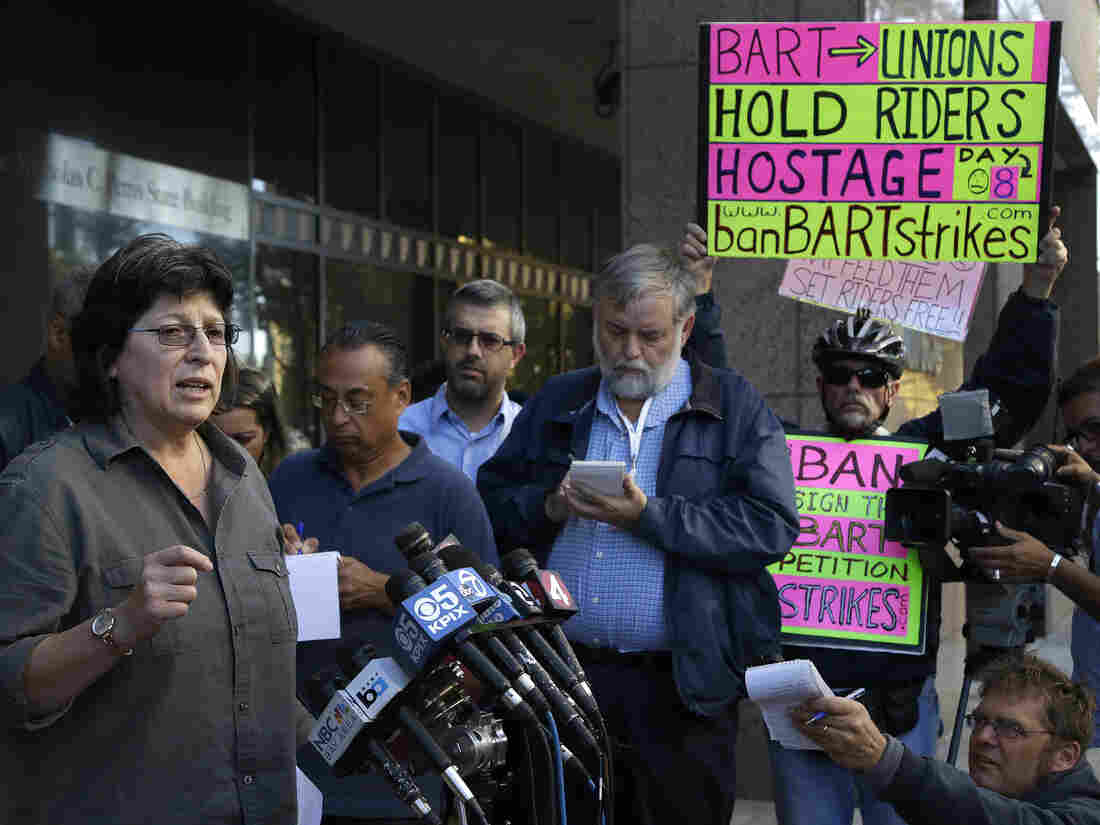 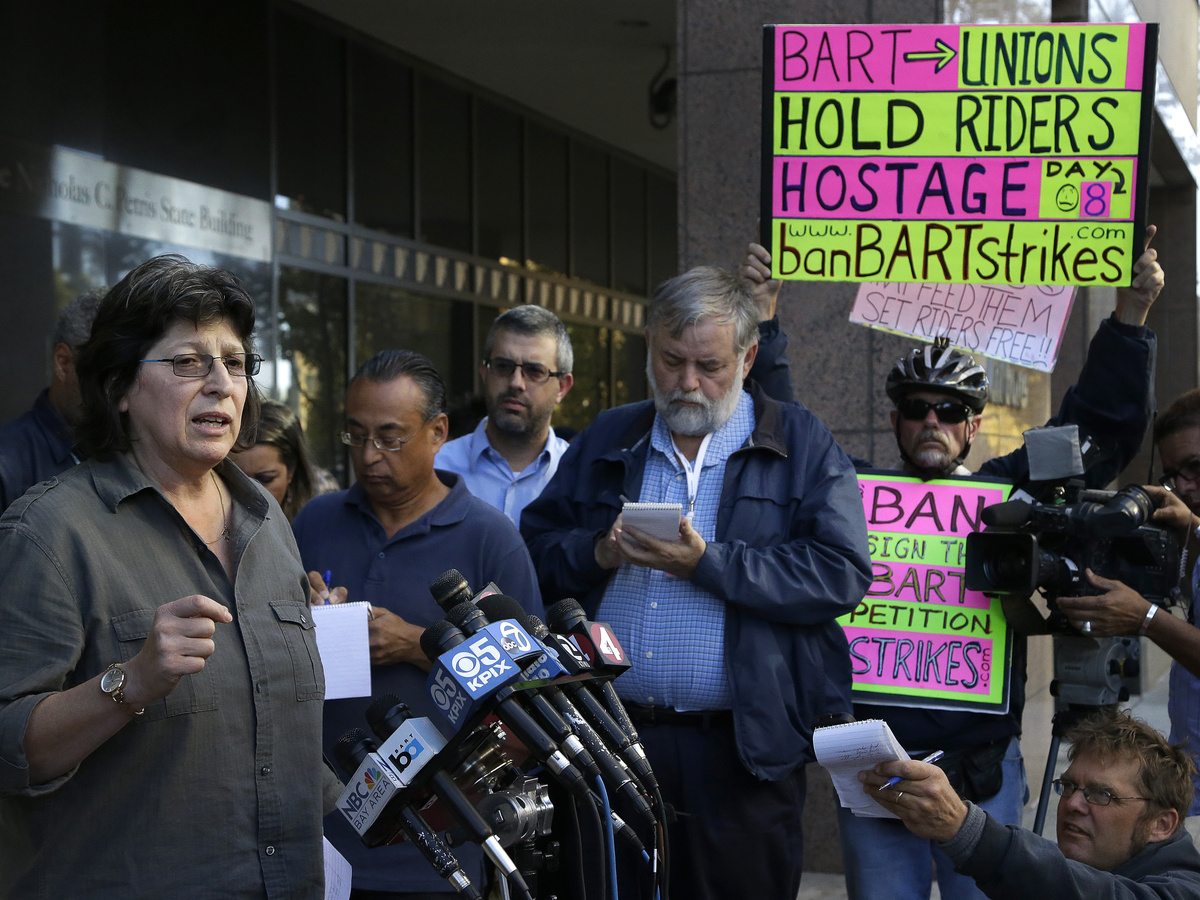 It's going to be a frustrating Friday commute in San Francisco after the workers for the region's largest transit system, known as the BART, went out on strike.

"Just after midnight, union leaders picked up picket signs and said they would not go back to work until they reach a contract agreement with management, stranding 200,000 people who ride BART roundtrip each day. Although workers had threatened strikes five times in the past week, this time they had finally reached their breaking point."

"After a marathon bargaining session that lasted nearly 30 hours, Roxanne Sanchez, president of Service Employees International Union Local 1021, walked out of the Oakland negotiations late Thursday afternoon and said the talks were over and that union workers would walk off the job at 12:01 a.m. Friday.

"SEIU spokeswoman Cecille Isidro confirmed shortly after midnight that the unions were on strike.

" 'We made concessions, but you can only bend so far before you break,' Sanchez said. 'This is the way they want to solve the conflict, in a fight, a street fight.'

"The unions' position was that 'we'll take more money but won't even talk to you about work rules,' Tom Radulovich, president of BART's Board of Directors, said after the talks ended. 'We need to be able to manage the district.'

"While the unions offered to settle the unresolved issues through binding arbitration, union officials said BART management rejected that suggestion."

"The California Republican Party marked the beginning of the strike by renewing its call for a law to stop BART workers from walking out. That idea was first floated last month by Senate Republican Leader Bob Huff, who asked Gov. Jerry Brown to call a special session of the Legislature to pass the bill. Brown declined, citing opposition from most legislators, unions and even BART. He has signaled some interest in legislation that would submit transit disputes to binding arbitration."

And, by way of background, The Associated Press offers:

"Talks began in April, three months before the June 30 contract expirations. The unions initially asked for 23.2 percent in raises over three years. BART countered with a four-year contract with 1 percent raises contingent on the agency meeting economic goals.

"The unions contended that members made $100 million in concessions when they agreed to a deal in 2009 as BART faced a $310 million deficit. And they said they wanted their members to get their share of a $125 million operating surplus produced through increased ridership.

"The unions, which also include Amalgamated Transit Union, Local 1555, said one of the work rules that BART wanted to change was employees' fixed work schedules. Mark Mosher, a communications consultant with SEIU Local 1021, said some workers work 4-day, 10-hour shifts while others work 5-day, 8-hour shifts."