Accessibility links
Can GOP, Democrats Come Together On A Budget By Dec. 13? : The Two-Way More than a month before the Jan. 15 deadline on government spending expires, a bipartisan, bicameral committee is expected to produce a compromise budget.

Can GOP, Democrats Come Together On A Budget By Dec. 13?

Can GOP, Democrats Come Together On A Budget By Dec. 13? 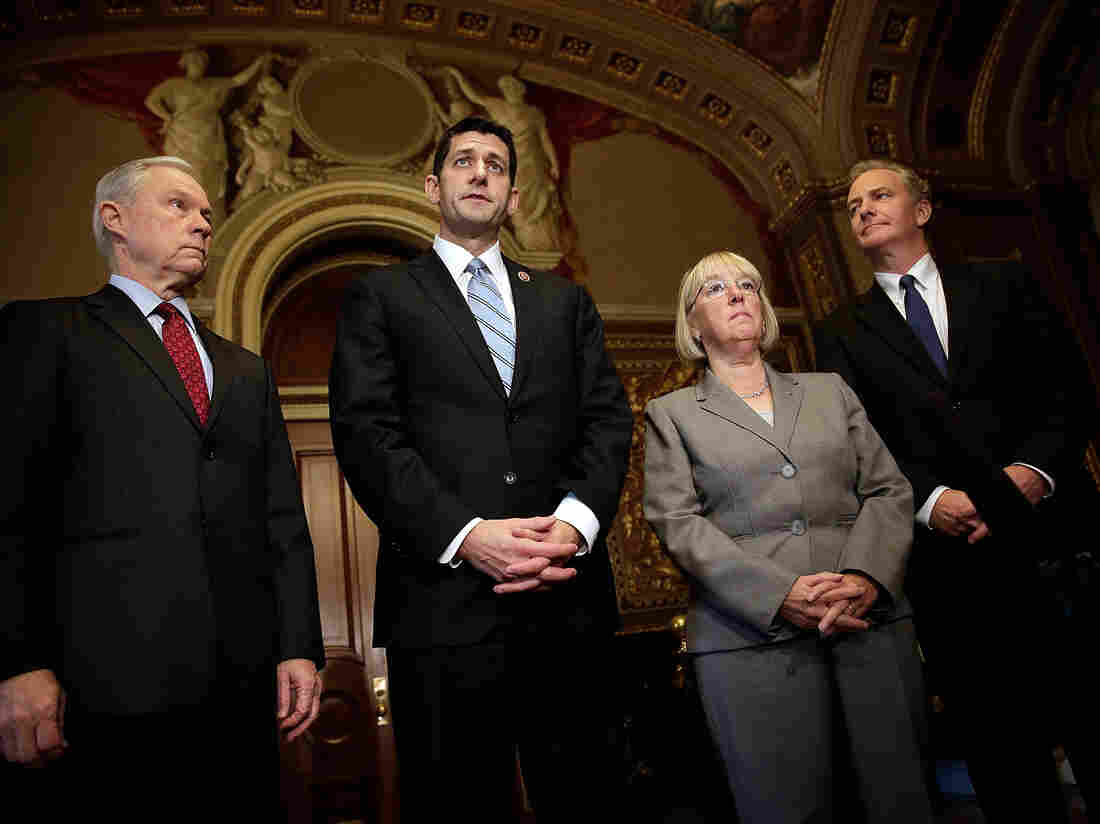 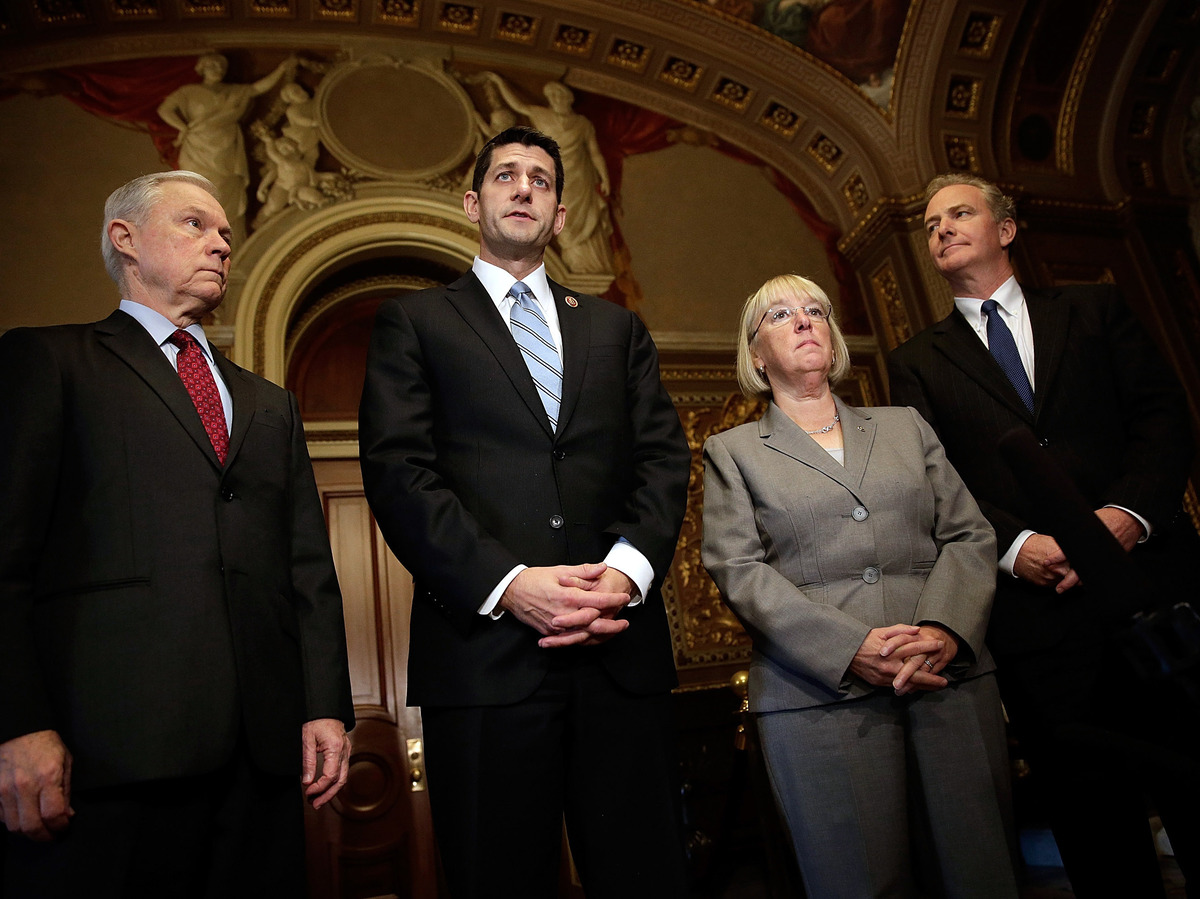 Now that the government has reopened, attention turns to the next phase of the spending fight, a battle that is far from over.

The bill that President Obama signed early Thursday provides only a temporary respite to the partisan tussles that have perennially plagued the budget process. The government stays open through Jan. 15 and the federal borrowing authority is safe until Feb. 7. After that, all bets are off.

As NPR's David Welna reports on Morning Edition, even before then, another deadline looms for producing a compromise budget: Dec. 13 (a Friday).

So far, he says, there have been some encouraging bipartisan noises.

House Budget Committee Chairman Rep. Paul Ryan announced that the 29 House and Senate members appointed this week to a conference committee were determined to end the budget impasse.

"We're going back to regular order," he says. "This is the budget process, the House passes a budget, the Senate passes a budget, you come together to try and reconcile the differences. That's the way we're supposed to do things."

Sen. Patty Murray, who chairs the Senate Budget Committee, is in agreement.

The Washington Post lists the members of the "bipartisan, bicameral group" here.

However, some odds makers are expressing doubt.

CBS Marketwatch says "the committee ... is a disparate group that has some pundits proclaiming low expectations."

"Pantheon's Ian Shepherdson isn't optimistic about getting a long-term budget deal by Dec. 13.

" 'We think the chance of reaching a long-term budget deal by December 13 is very slim,' he said in a note. 'Congress has been down this road before; indeed, the sequester was triggered by the failure of the bipartisan budget committee to reach agreement in the fall of 2011. If anything, the positions of the parties have become more entrenched since then.' "