Accessibility links
India Arrests Crew Of U.S. Ship For Carrying Weapons : The Two-Way Indian authorities say the vessel was intercepted last week carrying arms that had not been declared. 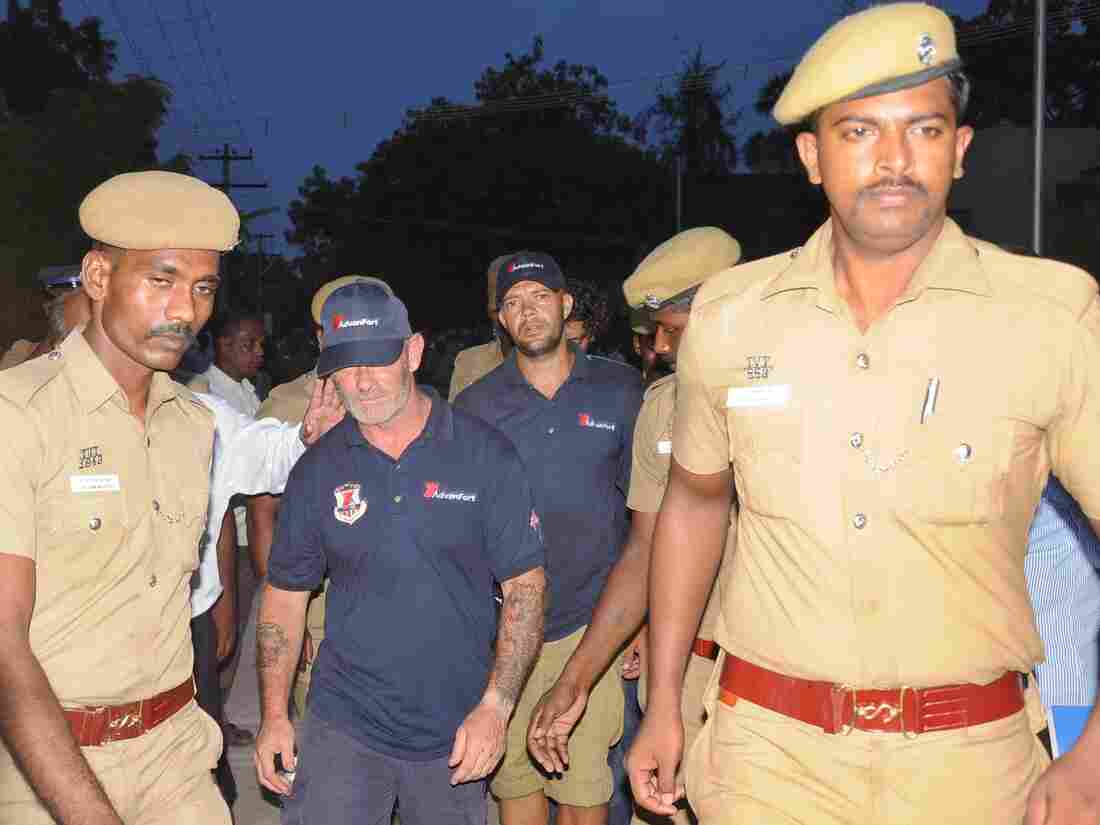 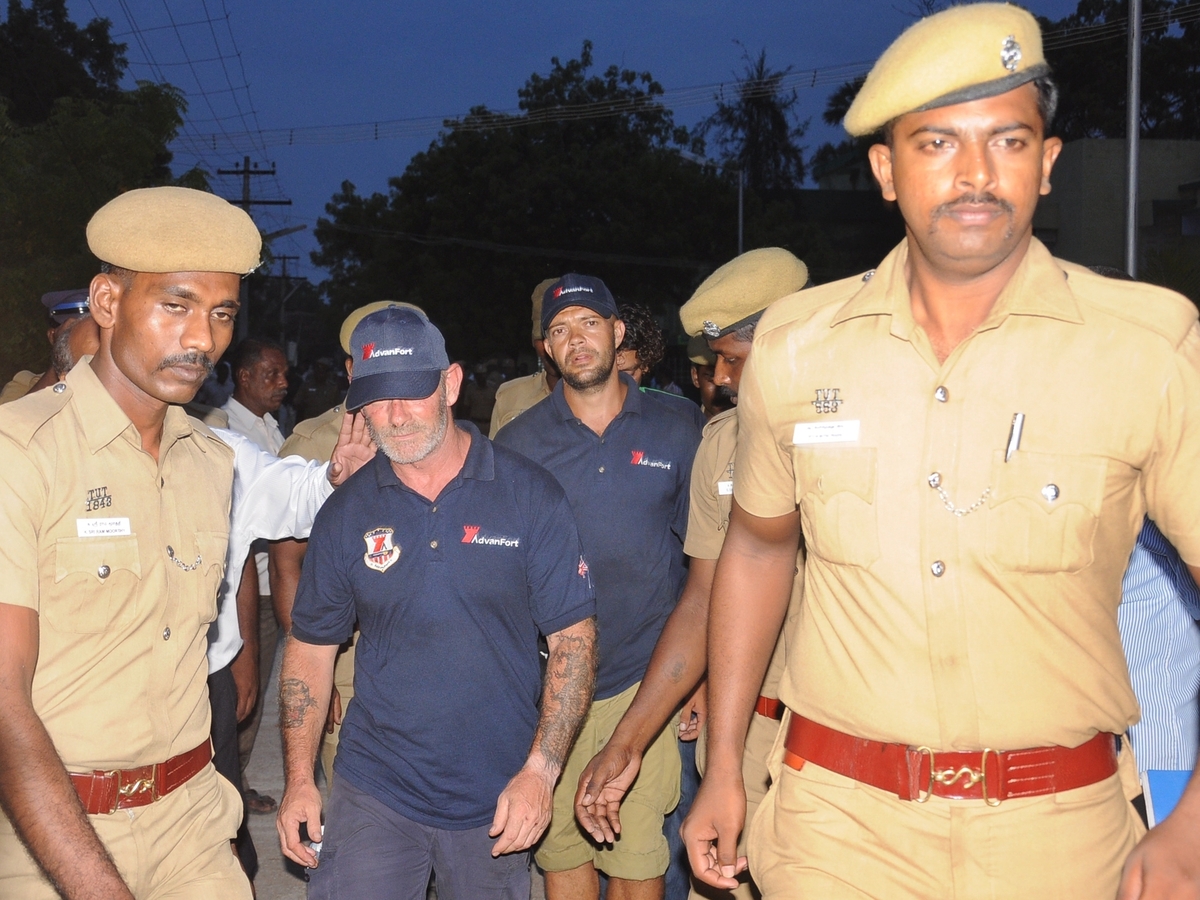 Indian policemen escort crew members of a U.S.-owned ship MV Seaman Guard Ohio outside a court in Tuticorin, in the southern Indian state of Tamil Nadu, on Friday.

The crew of a U.S.-owned ship has been arrested at a port in India for allegedly trying to enter territorial waters illegally carrying what's been described as a "huge cache" of weapons.

The 35 crew members on MV Seaman Guard Ohio, owned by Washington, D.C.-based AdvanFort, were detained on Saturday by the Indian Coast Guard. The vessel is currently at anchor in the port of Tuticorin in the southeastern state of Tamil Nadu.

The BBC says Indian authorities intercepted the craft off the coast of Tamil Nadu and allegedly "found weapons and ammunition on board, which had not been properly declared. Officials say the vessel was not authorized to carry arms in Indian waters and that it never produced the necessary paperwork."

In a statement a day later, the company said the crew of British, Estonian, Ukrainian and Indian nationals had been hoping to "take on fuel and escape the effects of [cyclone] Phailin."

The ship owner thanked the Indian government for keeping the ship safe and explained that the crew "routinely provides armed counter-piracy protection" and had aboard "uniforms, protective equipment, medical kits, rifles and ammunition — all of which is properly registered and licensed to AdvanFort."

On Thursday, the ship owner issued another statement (pdf), citing "continued confusion" in the media over the incident. It said it had received a certificate from Indian maritime authorities that cleared the vessel and its crew.

"On Friday, police said that 33 crew members had been taken to a local police station for questioning. Two had been allowed to remain on the vessel in port at Tuticorin.

"Six of the crew members are Britons and the British high commission in Delhi said consular officials had been in touch with them by email and with the local authorities, but they were still trying to clarify exactly what had happened and on what grounds they had been detained.

"The US embassy told the BBC it had 'no comment' to make."