Accessibility links
Teacher Who Died Trying To End Shooting Remembered As A Hero : The Two-Way Michael Landsberry was a 45-year-old former U.S. Marine who served in Afghanistan with the Nevada Air National Guard.

Teacher Who Died Trying To End Shooting Remembered As A Hero

Teacher Who Died Trying To End Shooting Remembered As A Hero 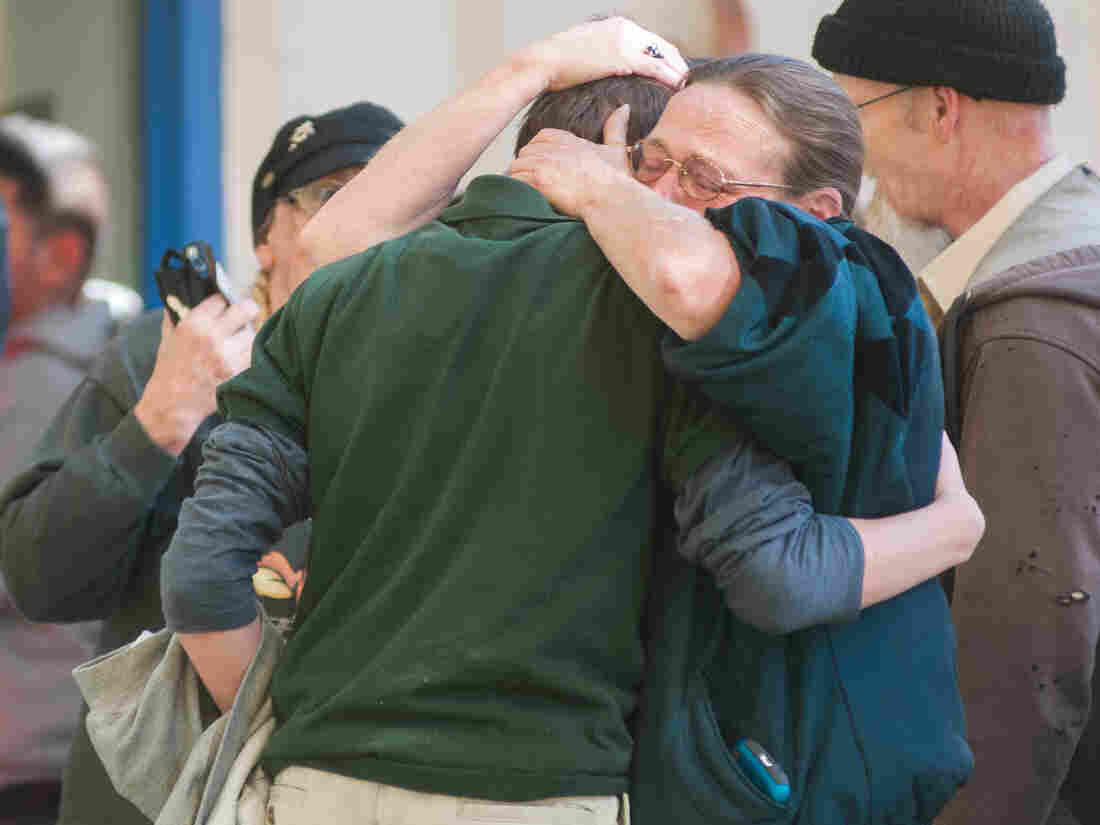 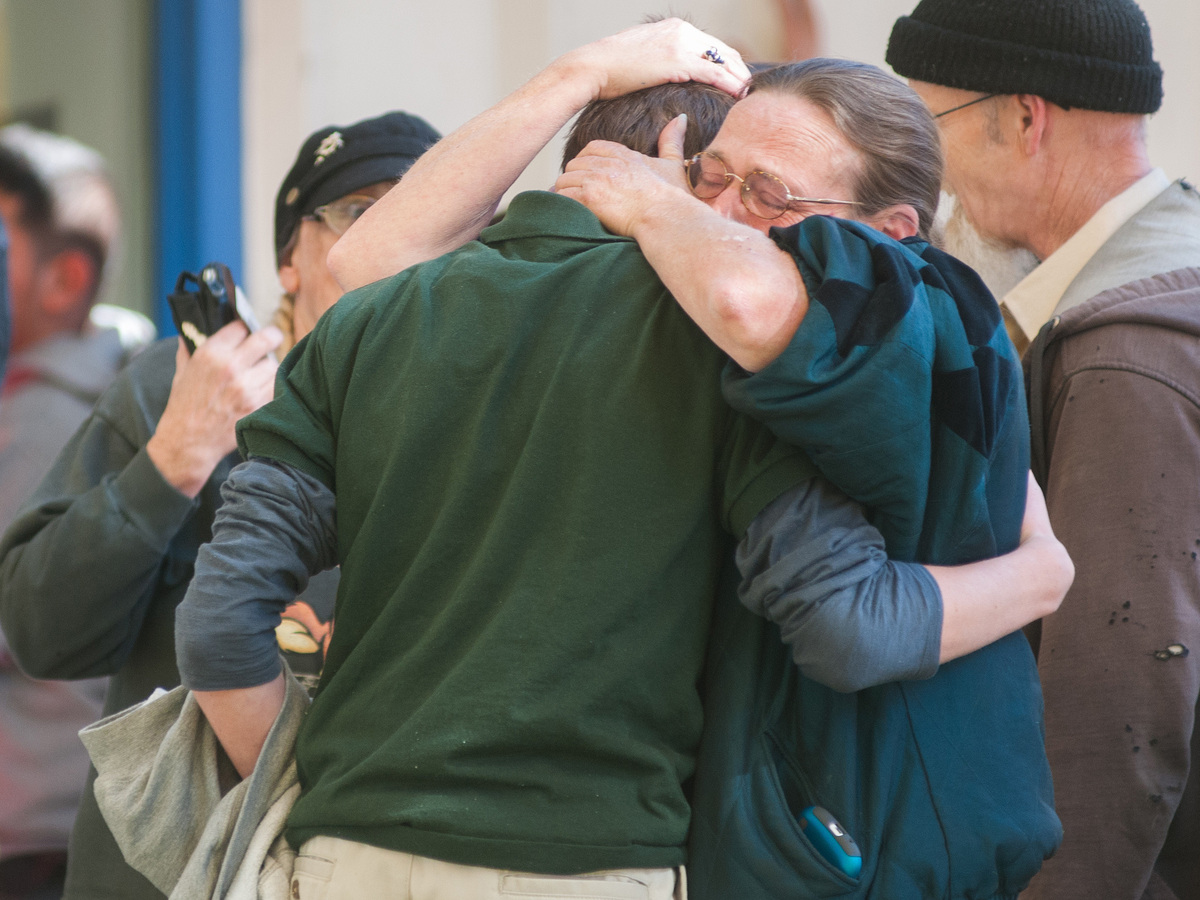 A Sparks Middle School student cries with family members after a fellow student killed a math teacher and himself Monday in Sparks, Nev.

Michael Landsberry, the 45-year-old middle school math teacher and Afghan War veteran who was killed Monday trying to talk down a student shooter at a Nevada middle school, is being remembered as a hero.

Witnesses at Sparks Middle School in the city of Sparks, near Reno, described how Landsberry approached the armed 13-year-old boy and tried to get him to surrender a semi-automatic pistol he had used to shoot two fellow students. The boy then turned the weapon on Landsberry, fatally shooting him, before using the pistol to take his own life.

"In my estimation he is a hero," Reno Deputy Police Chief Tom Robinson said at a news conference Monday.

Washoe County School District Superintendent Pedro Martinez said: "We have a lot of heroes today, including our children ... and our fallen hero, an amazing teacher."

A Facebook page in honor of the fallen teacher "Rest Easy Mr. Landsberry" had more than 12,000 "likes." Other photos of Landsberry can be seen here.

"It's very unfortunate that [the life of] someone like that, who protected our country over there and came back alive ... had to be taken at his work, at a school," Sparks Mayor Geno Martini said, according to CNN.

Landsberry, a former U.S. Marine who later served in Afghanistan with the Nevada Air National Guard and held the rank of senior master sergeant, wrote on his classroom webpage: "One of my goals is to earn your respect while you earn mine. I believe that with mutual respect that the classroom environment will run smoothly."

"He loved his schoolkids. He loved the Guard," she said. "It defined him."

She said he leaves behind his wife, Sharon, and two stepdaughters.

Authorities tell ABCNews that one of the wounded boys had been through surgery and the second is said to be "doing well."