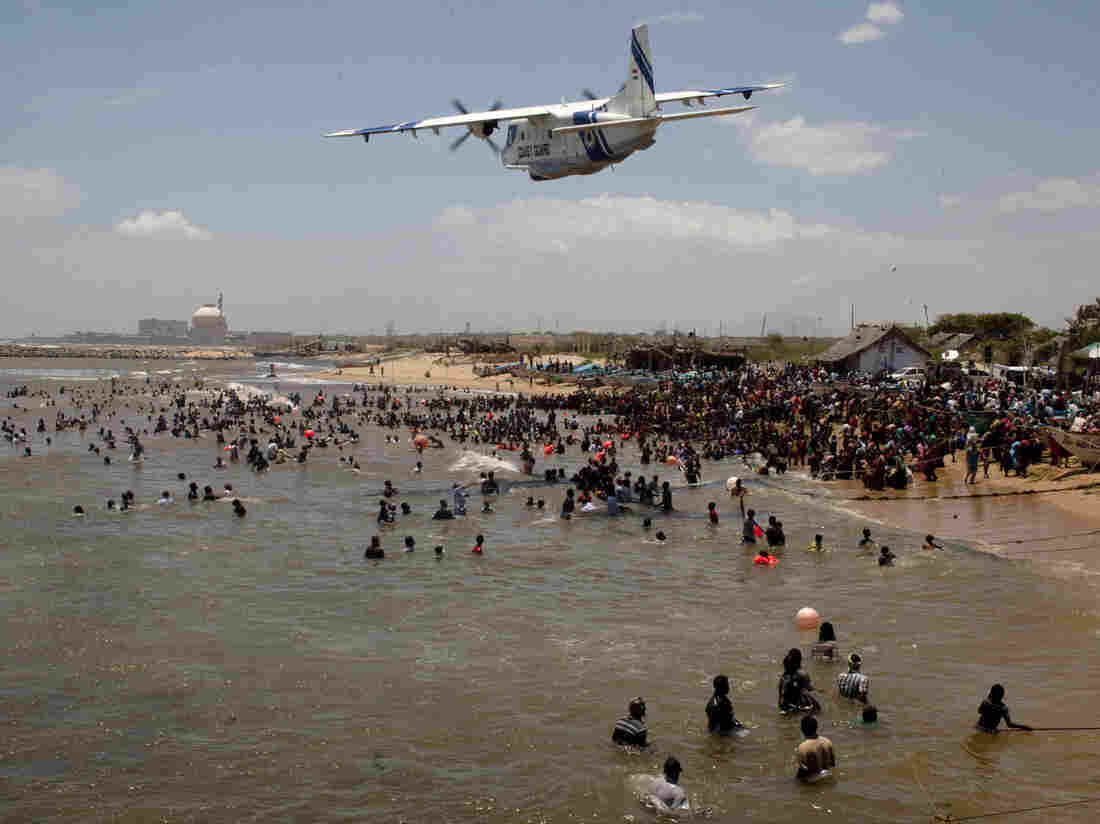 An Indian Coast Guard plane flies over hundreds of anti-nuclear activists during a protest last year. The Kundankulam Nuclear Power, still under construction, can be seen in the distance. AFP/AFP/Getty Images hide caption 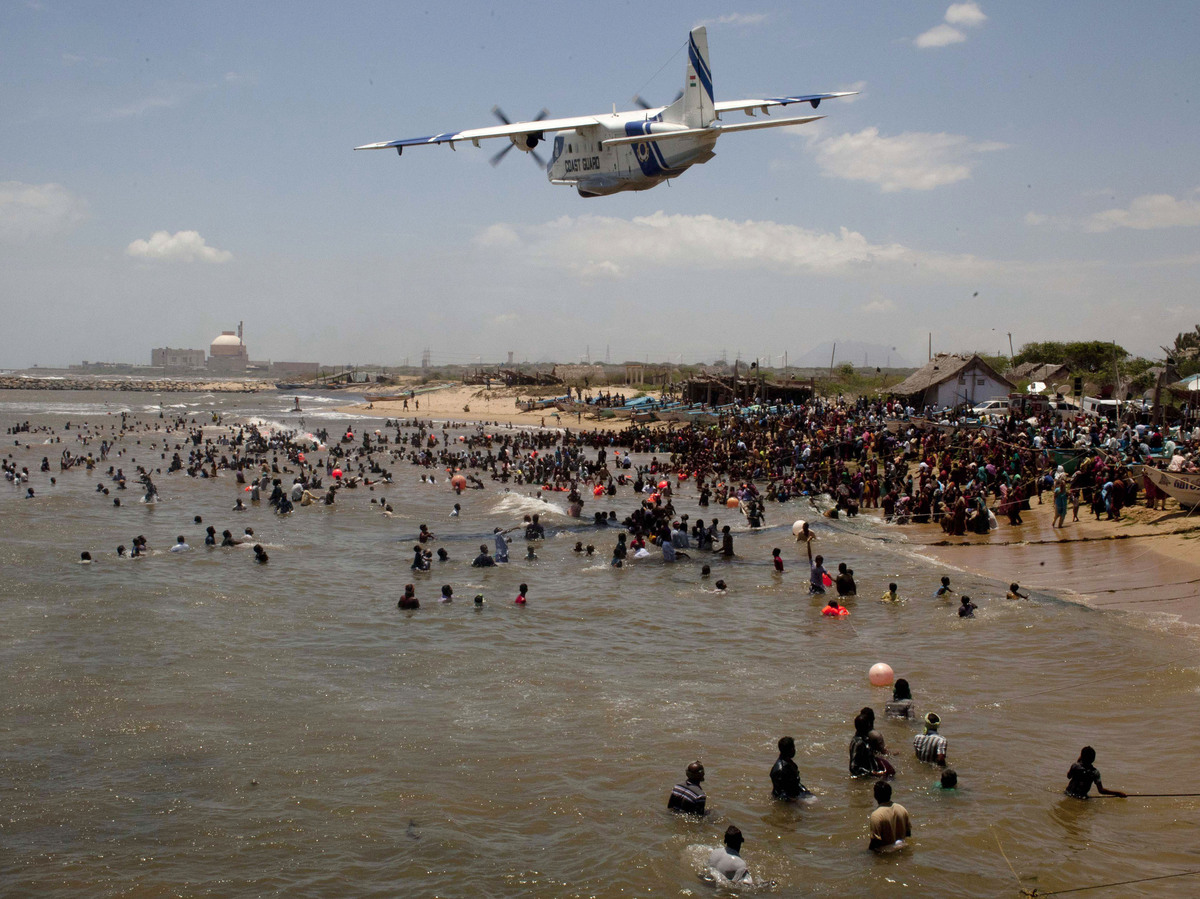 An Indian Coast Guard plane flies over hundreds of anti-nuclear activists during a protest last year. The Kundankulam Nuclear Power, still under construction, can be seen in the distance.

A controversial nuclear power plant situated on a stretch of India's southeastern coast that was hit hard by the 2004 Asian tsunami has begun supplying the grid with electricity, officials say.

The Kudankulam Nuclear Power Plant, a joint project with Russia located at the country's southern extremity in Tamil Nadu state, was connected to the grid on Tuesday, The Indian Express reports.

The newspaper says the start of operations at the plant — built at an estimated cost of $2.4 billion — was timed to coincide with Indian Prime Minister Manmohan Singh's three-day visit to Russia, which ended on Tuesday.

The plant was completed after six years of delays and numerous protests, Bloomberg says:

"Public rallies against Kudankulam, the first two units of which are not covered by any liability law, increased after the meltdown of Japan's Fukushima nuclear plant March 2011, the worst civil atomic accident since Chernobyl in 1986. Concerns over the extent of liability equipment suppliers will have to bear in case of an accident is stalling India's deals with Areva SA (AREVA), General Electric Co. and Westinghouse Electric Co., impeding Prime Minister Manmohan Singh's goal to boost the nation's nuclear generation capacity 13 times by 2032."

"Work on powering up the reactor gathered pace after the Supreme Court in May dismissed petitions challenging the project. A second reactor, also with a capacity of 1,000 megawatts, will likely be brought into service by June 2014, said an official with the company, who declined to be identified by name.

"India plans to raise its nuclear power capacity to 63,000 megawatts over the next 20 years, from 4,700 megawatts now. The last time it commissioned a nuclear reactor was in January 2011."