Accessibility links
In Cost-Cutting Move, NOAA To Stop Printing Nautical Charts : The Two-Way Starting in April, the federal agency that surveys the nation's waters will offer charts only via on-demand printing, as PDFs or electronic charts. 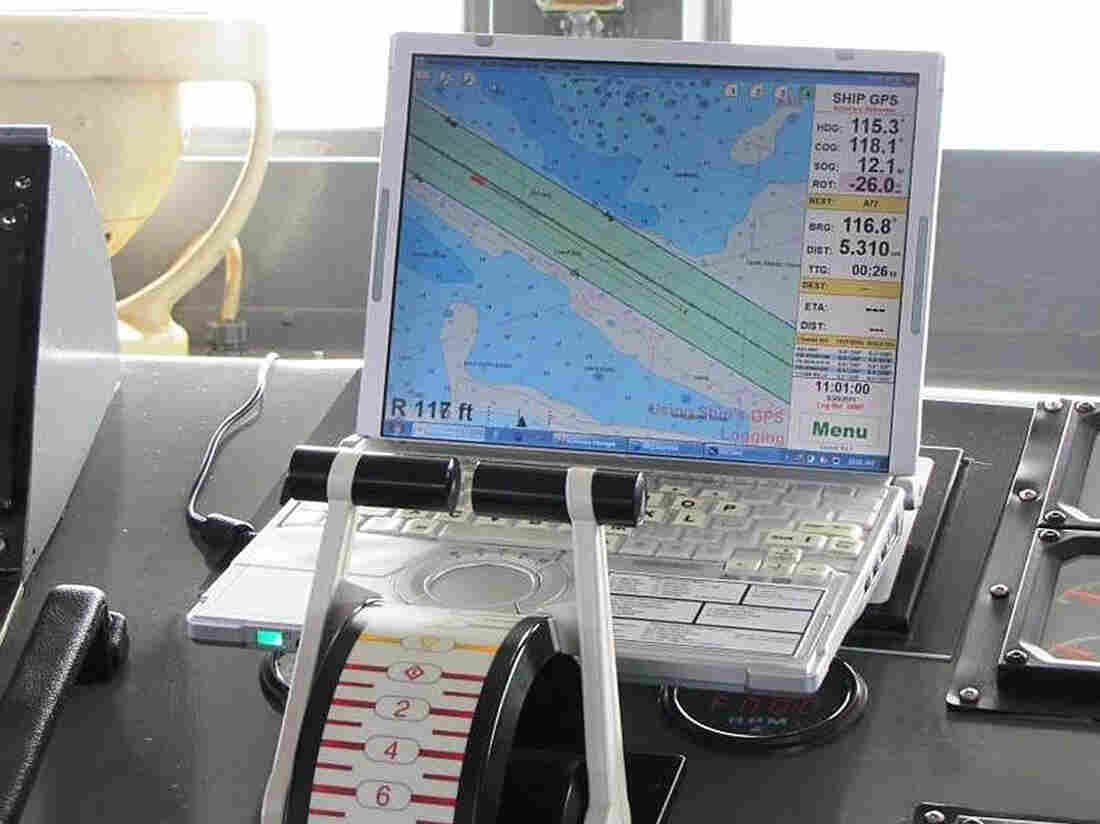 This undated photo made available by NOAA shows a computer displaying an electronic nautical chart aboard a ship. AP hide caption 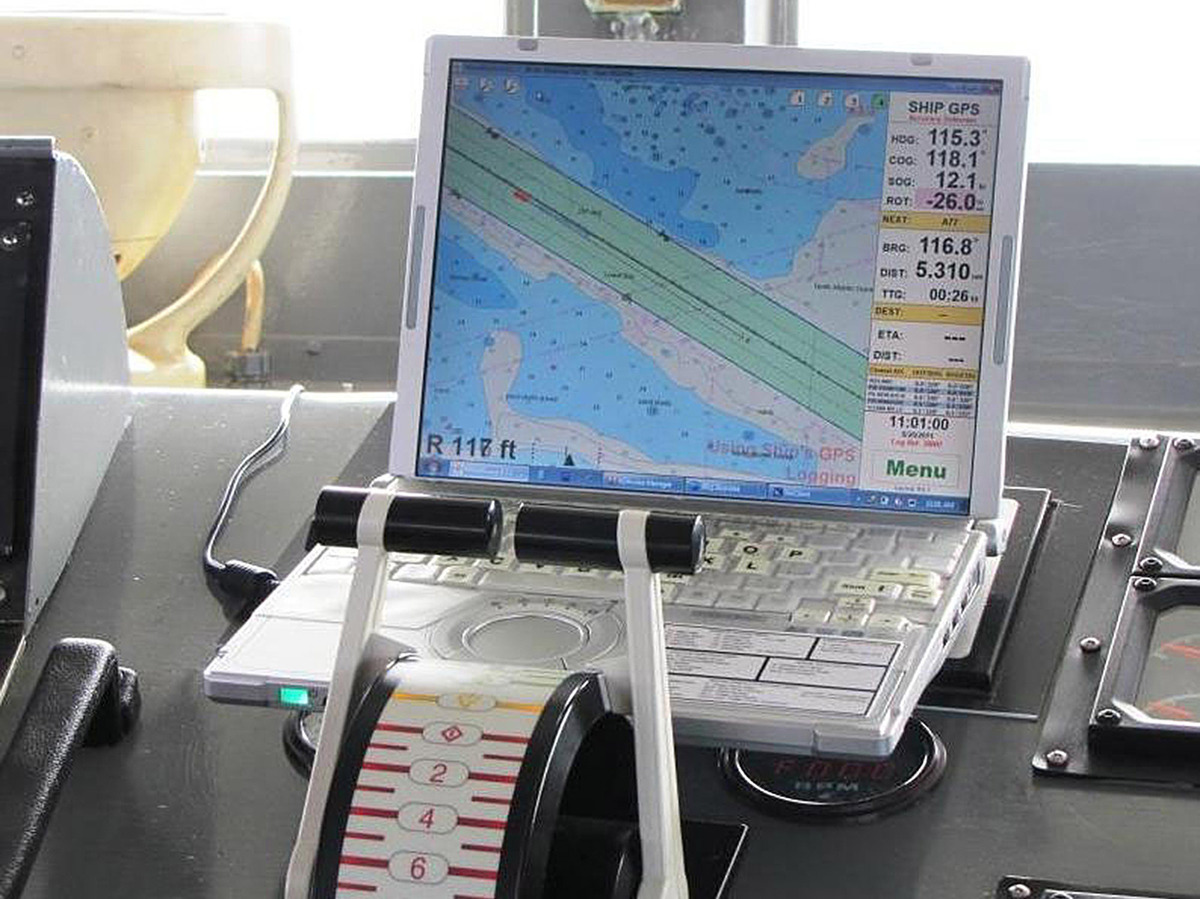 This undated photo made available by NOAA shows a computer displaying an electronic nautical chart aboard a ship.

The National Oceanic and Atmospheric Administration, the federal agency charged with surveying the nation's navigable waters to help keep mariners off the rocks and out of the shallows, will cease printing paper charts after mid-April.

Partly as a cost-saving measure, the NOAA's Office of Coast Survey will offer charts only via on-demand printing, as PDFs or electronic charts.

In a statement, NOAA says:

"Since 1862, those lithographic nautical charts — available in marine shops and other stores — have been printed by the U.S. government and sold to the public by commercial vendors. The decision to stop production is based on several factors: the declining demand for lithographic charts, the increasing use of digital and electronic charts, and federal budget realities."

"With the end of traditional paper charts, our primary concern continues to be making sure that boaters, fishing vessels and commercial mariners have access to the most accurate, up-to-date nautical chart in a format that works well for them," says Coast Survey chief Capt. Shep Smith. "Fortunately, advancements in computing and mobile technologies give us many more options than was possible years ago."

In recent years, electronic charts accessed on tablet computers and GPS chartplotters have become a popular option for pleasure boats and larger vessels, but many people still insist on using paper charts, at least as a backup, says Bill Griffin, general manager of Fawcett Boat Supply in Annapolis, Md.

"Any prudent mariner is going to have paper charts," he says. "I don't see paper going away anytime soon."

All of the charts that Fawcett sells are on-demand, and the store sells "hundreds" each year, Griffin tells NPR.

"We used to stock lots of paper charts, but we couldn't keep everything," he says. "With on-demand printing, we can get any chart for U.S. waters at the drop of a hat — and the beauty is it's always updated."

"NOAA sells about 60,000 of the old 4-by-3-foot lithographic maps each year for about $20 apiece, the same amount it costs to print them.

"The Federal Aviation Administration, which took over federal chart-making in 1999, wants to save some money and informed NOAA earlier this month that it is going to stop the presses, according to the ocean agency.

"It costs NOAA about $100 million a year to survey and chart the nation's waters. The agency will still spend the same money, but provide the information in the less traditional way."

So far, there's been mixed reaction to the move, at least from mariners who tweet:

#MARITIME NEWS: It's a sad day for old salts as NOAA announces the end of an era: It will no longer print... https://t.co/G5tVHsHCBa

No more paper charts? It's a new world, mates. https://t.co/pst3xgb25K