Accessibility links
Sony Explains Why Its PlayStation 4 Costs $1,845 In Brazil : The Two-Way The steep cost isn't a case of price-gouging, the company says, but a sign of Brazil's heavy taxes and fees on imported electronics. Prospective customers say it could be cheaper to fly to the U.S. to buy the game console.

Sony Explains Why Its PlayStation 4 Costs $1,845 In Brazil

Sony Explains Why Its PlayStation 4 Costs $1,845 In Brazil 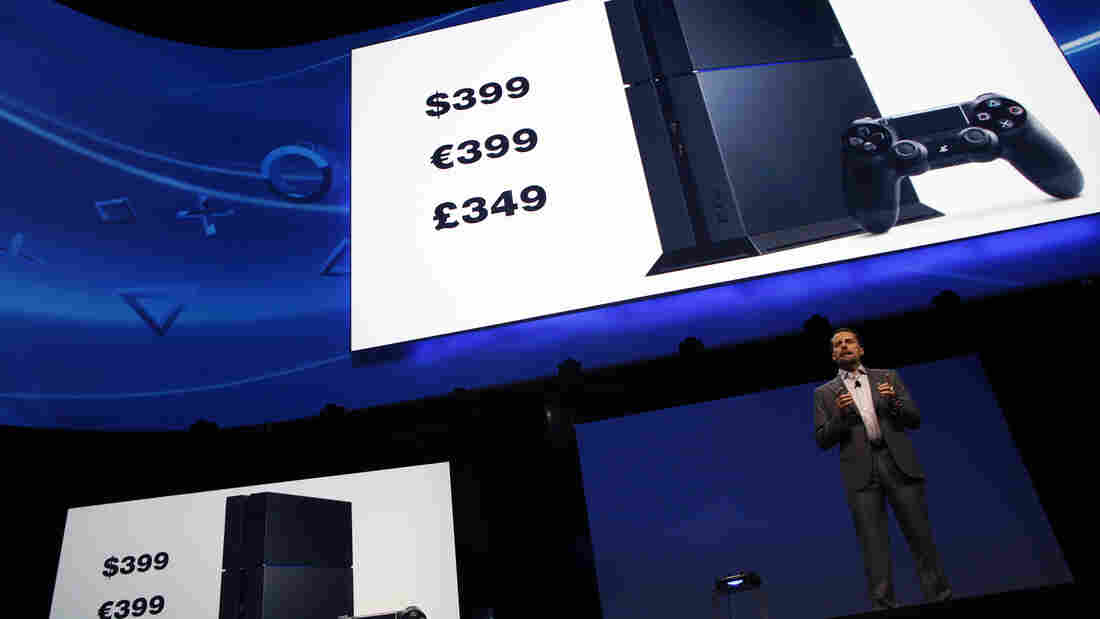 Sony announced U.S. and European prices for its new PlayStation 4 at a news conference this summer. The game system will cost some $1,845 in Brazil, angering fans. Eric Thayer/Getty Images hide caption 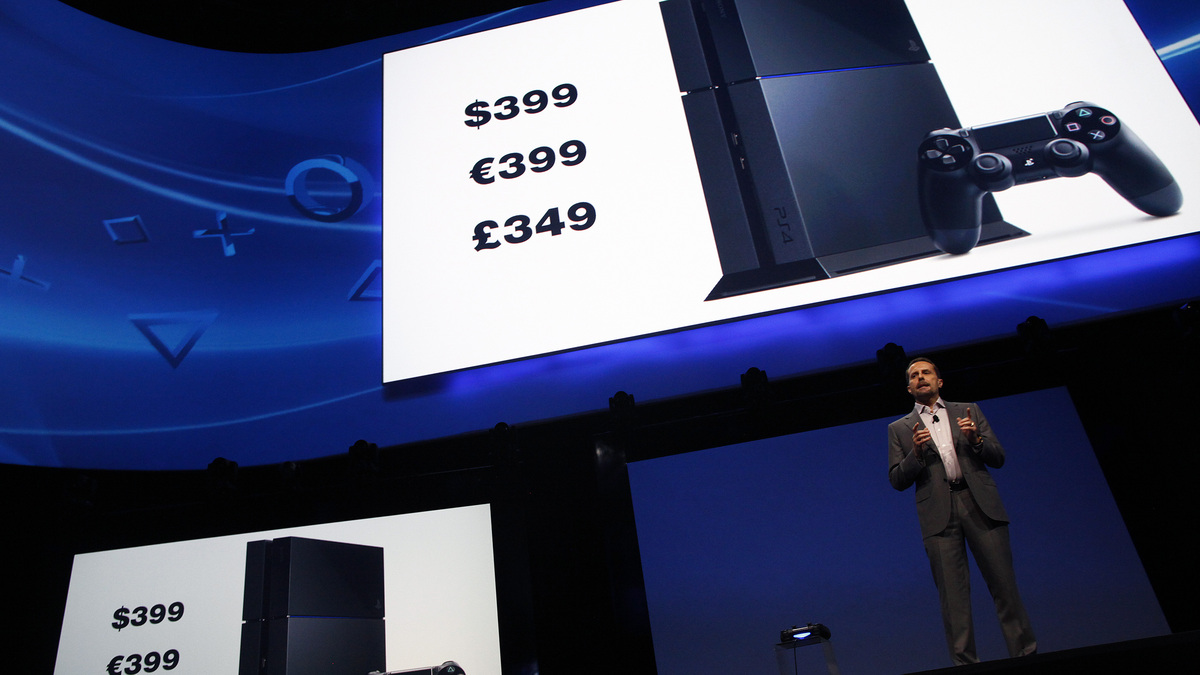 Sony announced U.S. and European prices for its new PlayStation 4 at a news conference this summer. The game system will cost some $1,845 in Brazil, angering fans.

Sony's new PlayStation 4 won't be on store shelves until next month, but the gaming console has already raised eyebrows in Brazil, after reports that it would cost 3,999 Brazilian real — or about $1,845 at today's exchange rate.

The company says the steep cost isn't a case of price gouging, but instead a sign of Brazil's heavy taxes and fees on imported electronics.

The game system will be released in the United States on Nov. 15 and in countries including Brazil later that month. Large retailers in the U.S. will offer the PS4 at a base price of around $400.

This week, negative public response to the high cost in Brazil led Mark Stanley, Sony general manager for Latin America, to offer an explanation for the high price tag in a post on the company's Brazilian PlayStation blog.

Of the $1,845 price, 63 percent goes toward paying import taxes that are imposed on the PlayStation 4 when it's imported to Brazil, Sony says.

Stanley's blog post included a graphic breaking down the costs, listing the "transfer cost" of importing the system as 21.5 percent, or nearly $400. An additional 22 percent represents the margin for Sony and retailers. His numbers totaled 106.5 percent of the final price in Brazil, which is arrived at after assessing a 6.5 percent discount, Stanley says.

Sony says the price of the new PlayStation could come down "significantly" if it's able to shift production of the consoles to Brazil. The system is currently being produced at only one factory, in China, according to Brazil's Valor Economico.

After the price was announced in a post on Sony Brazil's blog last week, more than 1,250 people commented on it, with many of them expressing their displeasure.

"There goes my Christmas present," one prospective customer wrote.

Others said that at that price, it could be cheaper simply to fly to the United States, pick up a console, and fly back home with it.

Some also noted that Sony's rivals are able to get gaming consoles on the market at a lower price. Microsoft, for instance, has set a price for its upcoming Xbox One at around 2,200 real — a bit more than $1,000.

But as NPR's Lourdes Garcia-Navarro tells us from Brazil, it's common to see high prices for electronics there. "It's a good indicator of the expense of imported electronic goods here," she says.