Accessibility links
The Sounds Of New York City, Circa 1920 : The Two-Way A team led by Emily Thompson, a history professor at Princeton, has matched noise complaints from New York City in the Roaring '20s with the actual street sounds of the day. 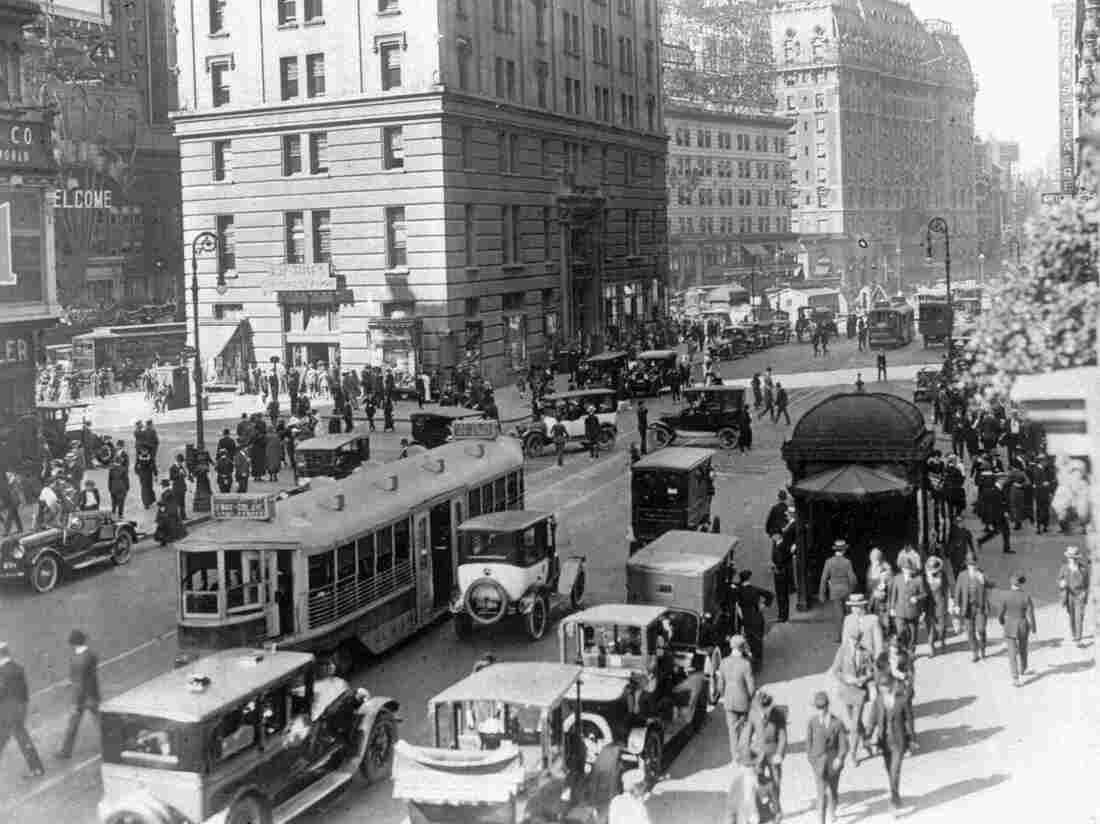 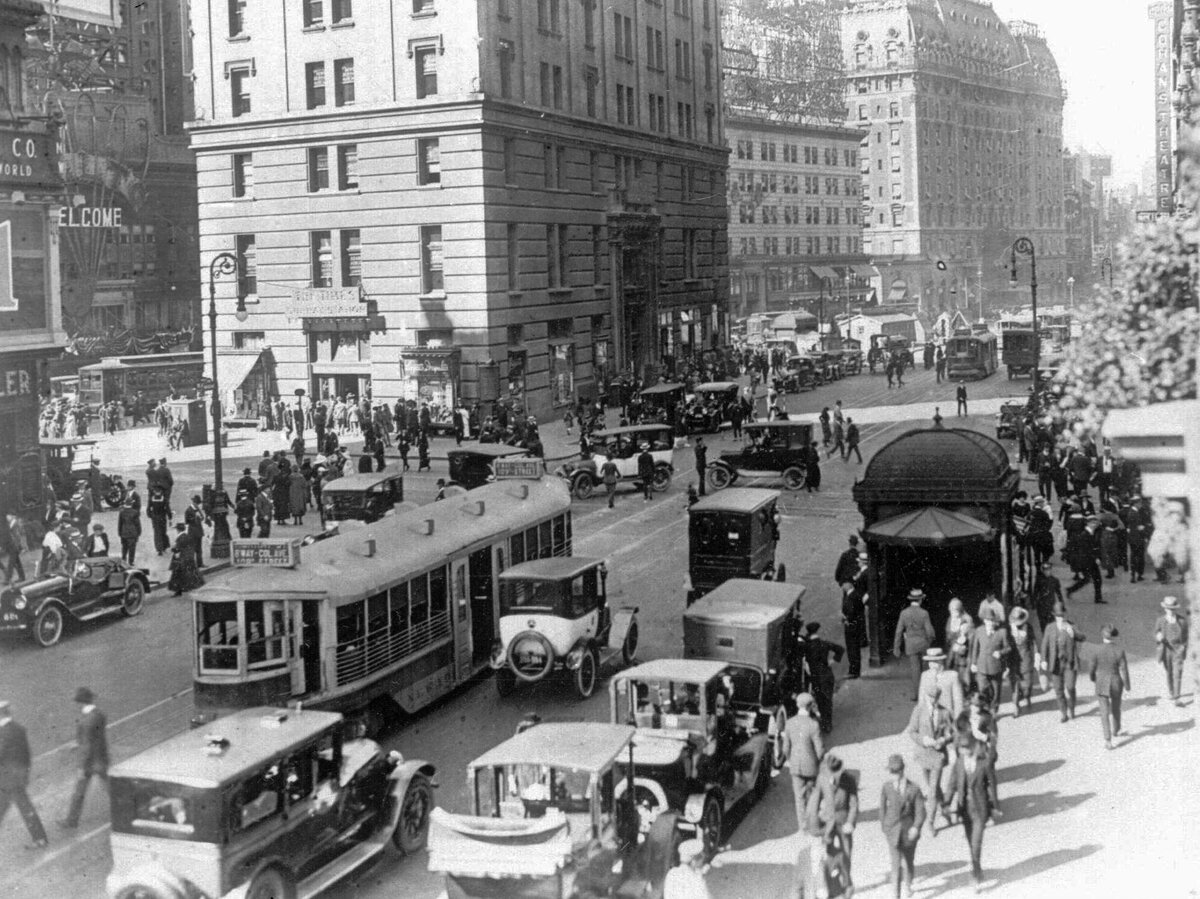 We can hear the music of the Roaring '20s anytime we want. But what if you could hear the day-to-day sounds of what it was like to live at that vibrant time?

That's the basis of Emily Thompson's project "The Roaring Twenties." She's a history professor at Princeton University who's been mapping the sounds of New York City in the late 1920s and early '30s.

Specifically, she's interested in the sounds that drove people crazy. Her favorite?

"A man named Mr. Schmuck called to complain about the noise of the Colonial Pickle Works Factory where he lived in Brooklyn and somehow that just seems quintessentially New York to me," she says.

Thompson kept a collection of early New York City noise complaints for years. What, she wondered, if you could actually hear all those sounds?

So, she teamed up with Scott Mahoy, a Web designer, and did just that. She and Mahoy, together with a team at the University of Southern California, matched old noise complaints to footage from newsreels, to produce a sound map of New York, block by block.

The sounds are remarkable glimpses into the neighborhood life we can only read about today. Take the street peddler known as Ol' Clo. He scours the Lower East Side, hunting for old clothes to buy. Listen to him barter with this woman, leaning out her first-story window, trying to get the best price she can for her husband's old suit: "Look, it's good suit," she says. "See, my husband sat on it two years — not a hole!"

The best sounds come from the kids: swimming contests, races on homemade scooters and roller skates, little wise guys on the Lower East Side, arguing about cleaning up trash. Here, on a hot summer's day, unsuspecting firefighters race off to a call. Within seconds, a mass of kids gathers to skip under the spray of water shooting from the fire company's hose.

With noise popping up all over, the city was forced to address the influx of noise complaints. It established the Noise Abatement Commission in 1929, when New York was then — as now — the nation's largest urban center, with a population of just under 7 million. The commission had the near-impossible task of recording the noise levels in the bustling city.

On an interactive map, you can hear a man attempt to precisely measure the din of Midtown Manhattan. He pronounces that Times Square "deprives us of 42 percent of our hearing."

The commission certainly did make an attempt. As Thompson describes, it employed a specially equipped truck that "hit the city streets and logged hundreds of miles from borough to borough taking measurements at different intersections of the sounds of traffic and subways and elevated trains."

There was a lot of research — but few results. "Ultimately, the Noise Abatement Commission was not considered to have successfully solved the problem of noise in New York," says Thompson, "as anyone who's been there today can testify."

Don't you just want to be there with this guy? Swaying along as he strums his ukulele on the beaches of Coney Island, on a hot June day in 1930?