Accessibility links
Norwegian Town's Bright Idea Is A Shining Example Of Ingenuity : The Two-Way Rjukan's 3,500 residents, tucked in a shadowed valley, have finally realized the dream of one of the town's founders: giant mirrors to focus the warmth of the sun.

Norwegian Town's Bright Idea Is A Shining Example Of Ingenuity

Norwegian Town's Bright Idea Is A Shining Example Of Ingenuity 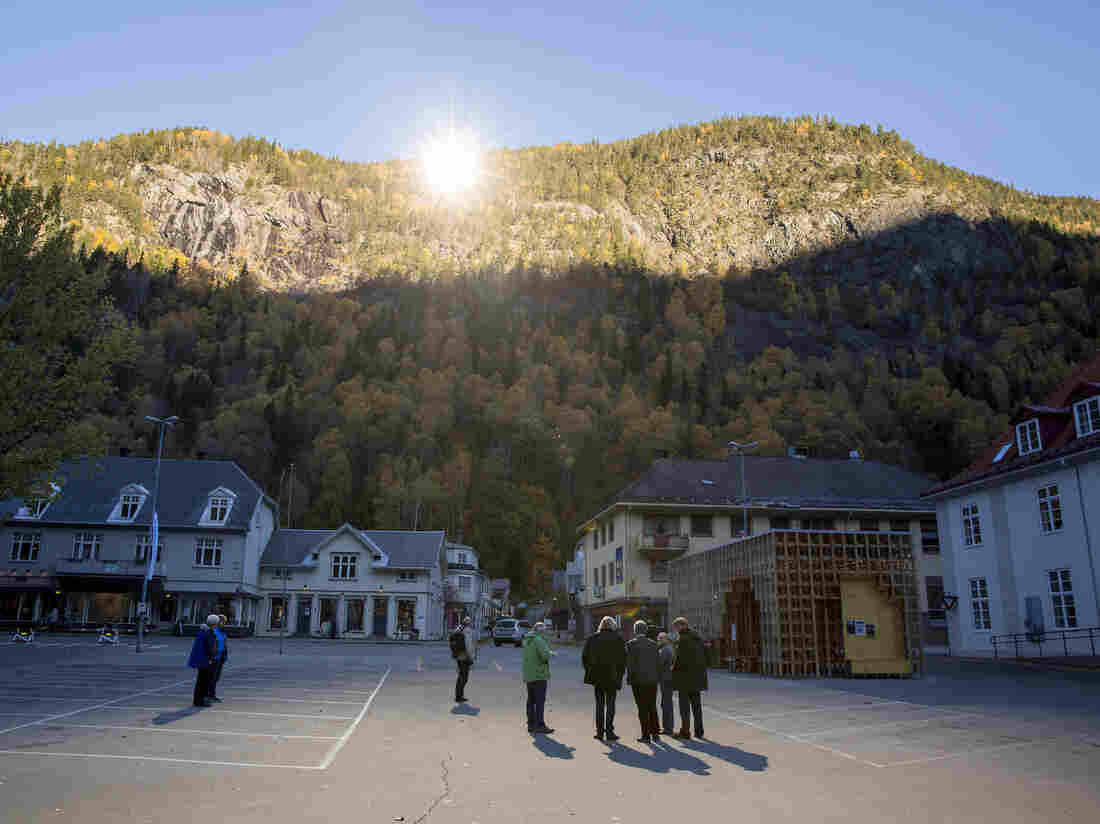 People gathered on a spot in front of the town hall of Rjukan, Norway, last week, where mirrors have focused sunlight. AFP/Getty Images hide caption 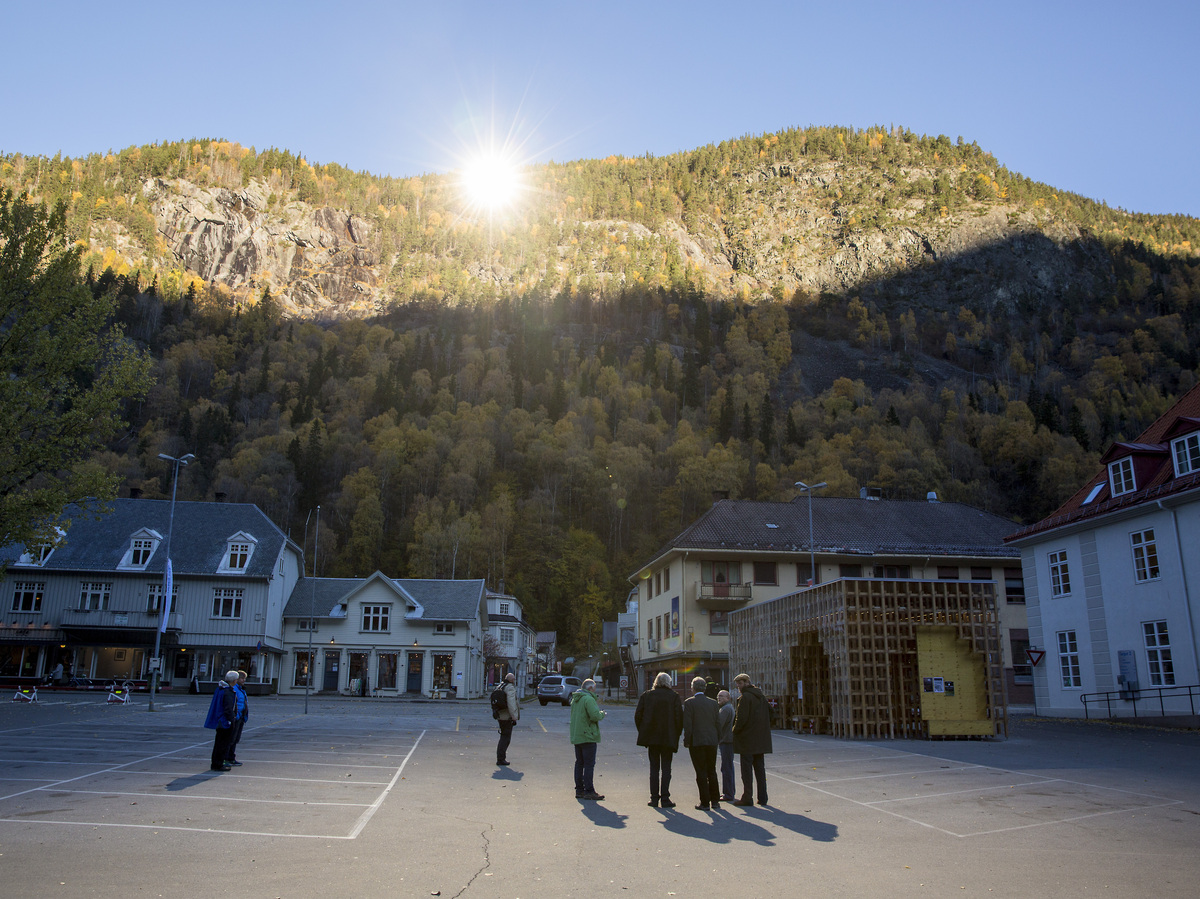 People gathered on a spot in front of the town hall of Rjukan, Norway, last week, where mirrors have focused sunlight.

Archimedes would be proud of the town of Rjukan, Norway. So would Sam Eyde.

Rjukan, home to about 3,500 residents and situated about 70 miles west of the capital, Oslo, has installed a trio of giant mountaintop mirrors to focus light into the valley town's square during the cold (and dark) winter months.

Legend has it that on the advice of mathematician and inventor Archimedes, the town of Syracuse used parabolic reflectors to set fire to an attacking Roman fleet during the Siege of Syracuse. A hundred years ago, Eyde, a founder of Rjukan, first proposed adapting the idea to warm up the chilly town.

The three 550-square-foot mirrors, built at a cost of $825,000, couldn't stay focused for long without sensors and computer control to follow the sunlight and keep it aimed at the center of town. So, in Eyde's time the project wasn't practical. Instead, in 1928, the town built a cable car leading to the top of a mountain so residents could take a short ride to the warming sunlight.

"The square will become a sunny meeting place in a town otherwise in shadow," according to the project's official website.

Here's a video from Reuters that gives some details:

"We think it will mean more activities in town, especially in autumn and wintertime," Karin Roe, head of the town's tourist office, is quoted by The Telegraph as saying. "People will be out more."

A similar project was completed in 2006 in the small Italian town of Viganella.