Accessibility links
Twitter Sets Its IPO Price, Valuing Company At Around $11 Billion : The Two-Way Analysts said Twitter is picking a conservative price to avoid a Facebook scenario, where the stock tumbled shortly after its IPO. 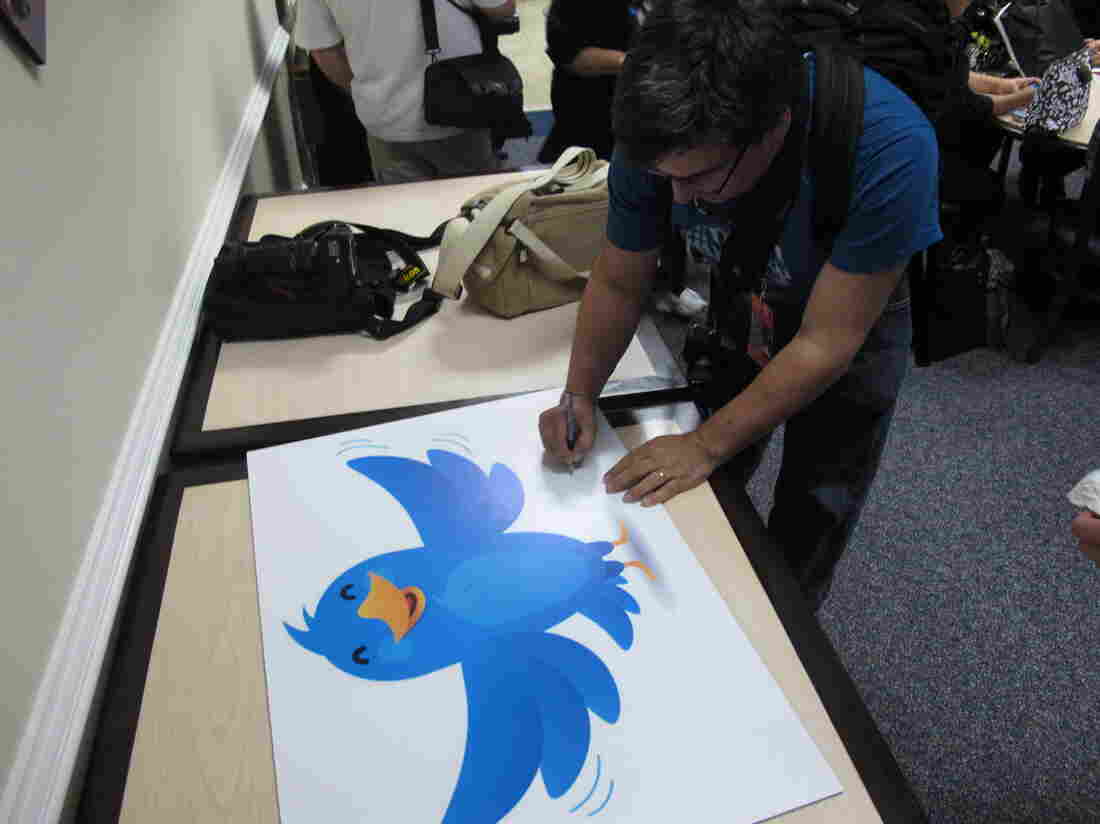 In this Nov. 8, 2011, photo, NASA fan David Parmet signs his name on a Twitter logo during a tweetup event for about 50 of NASA's Twitter followers at the Langley Research Center in Hampton, Va. Brock Vergakis/AP hide caption 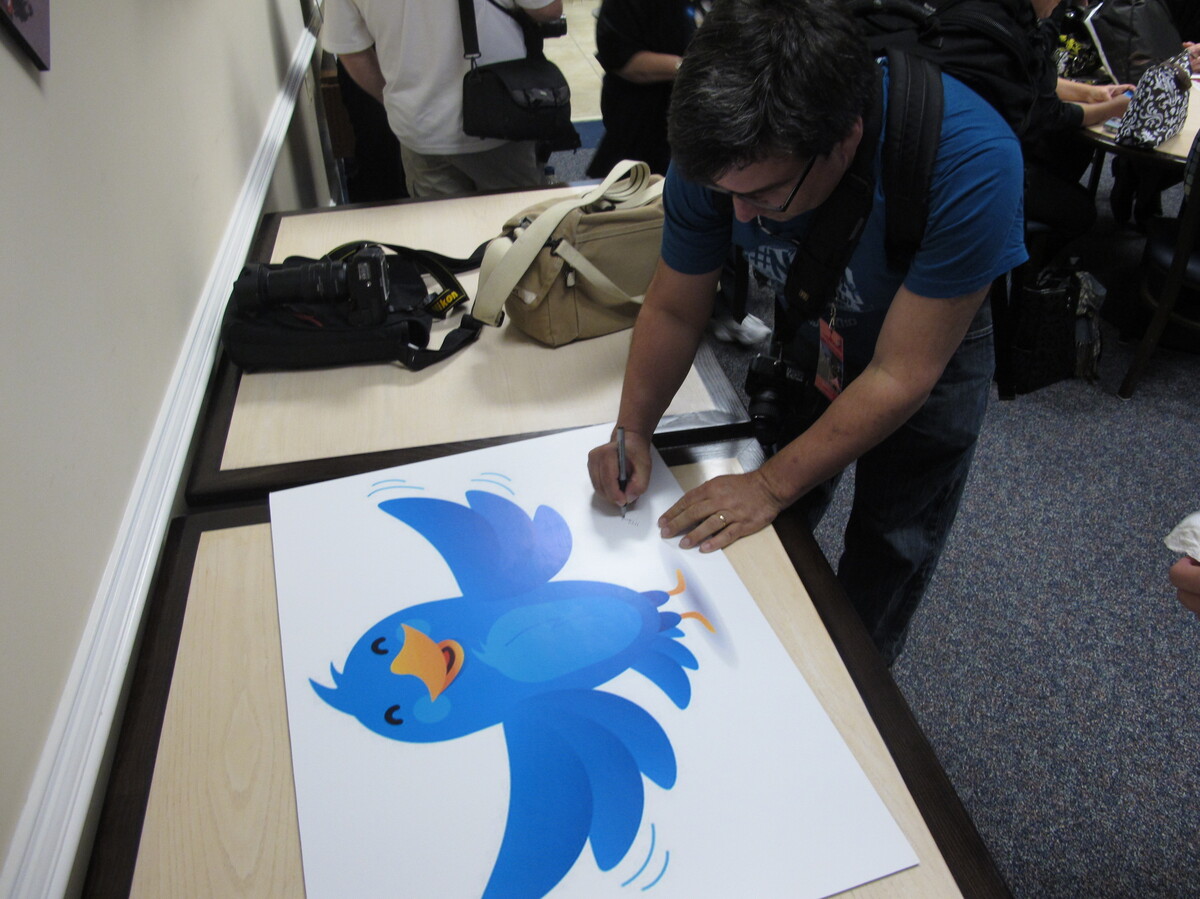 In this Nov. 8, 2011, photo, NASA fan David Parmet signs his name on a Twitter logo during a tweetup event for about 50 of NASA's Twitter followers at the Langley Research Center in Hampton, Va.

Twitter announced today that it plans on selling 70 million shares at $17 to $20 each, during its initial public offering.

Bloomberg and The Wall Street Journal did the math and it means that the company is looking to raise about $1.4 billion and values itself at about $11 billion at the high end. This is the biggest tech IPO since Facebook went public in May of 2012.

"'They're picking a slightly lower valuation to ensure that the IPO goes up on the first day of trading,' Francis Gaskins, president of IPODesktop.com, said in an interview. 'I would definitely buy them in the offering at this valuation.'

"The six-year-old short-messaging site, which draws more than 230 million monthly active users and has transformed the way people communicate, is taking advantage of renewed appetite for social-media stocks to sell a 13 percent stake. While the company has more than doubled revenue annually, it hasn't yet turned a profit and the pace of user gains is slowing. Still, Chief Executive Officer Dick Costolo is betting the service's popularity on mobile phones will help lure advertisers."

Of course, Facebook didn't fare so well during its early days, so investors are watching Twitter closely. The Journal adds:

"Facebook's shares began tumbling shortly after its IPO. In part, the offering was affected by a glitch at the Nasdaq Stock Market. NDAQ 0.00% But some traders and investors also said that Facebook's raised price and expanded size of the offering caused them to sell.

"Twitter is aiming for an IPO price that avoids Facebook's fate, but also one that doesn't produce an enormous 'pop,' or first day jump, people familiar with the company's thinking have said. A big pop can be a sign that the company didn't raise as much money as it could have."

Facebook offered its stock at $38 each. It took more than a year for the company's price to break that ceiling. It is now worth about $52.