Accessibility links
Nigerian Rebels Reportedly Contact Pirates Who Seized U.S. Crew : The Two-Way An email purportedly confirms the two men were captured off the coast of the Nigerian town of Brass, but there was no immediate word of demands or a ransom. 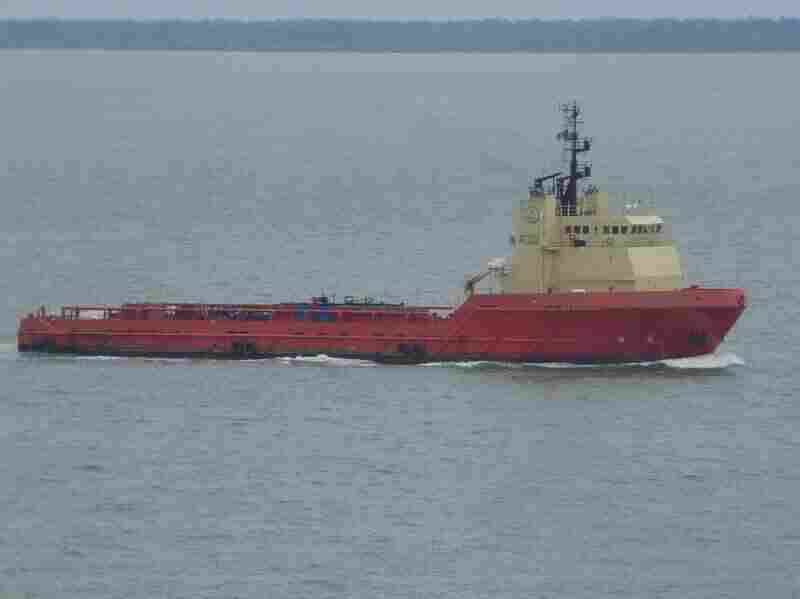 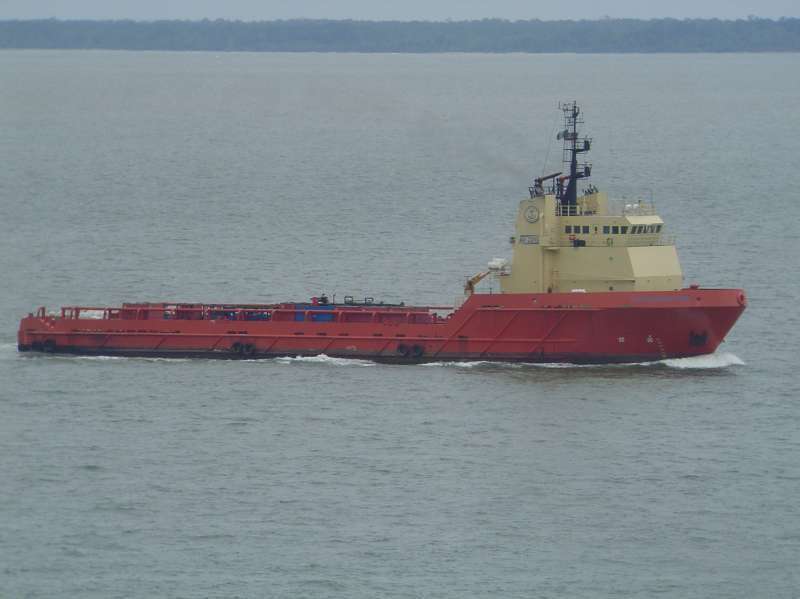 A 2008 photo of the offshore supply ship C-Retriever.

According to the AP, an email reportedly from the rebel group Movement for the Emancipation of the Niger Delta says the men were captured off the coast of the Nigerian town of Brass, but there were no details of demands or a ransom.

Officials have said the captain and an engineer from the U.S.-flagged vessel were seized during an attack in the Gulf of Guinea on Wednesday.

The Nigerian navy, which reports freeing at least two other hostages this year and killing several pirates, says it's searching for the kidnapped men.

White House Press Secretary Jay Carney said Thursday, "We are seeking additional information so that we can contribute to the safe resolution of the situation."

He added: "More broadly, we are concerned by the disturbing increase in the incidence of maritime crime, including incidents of piracy off the coast of West Africa, specifically in the Gulf of Guinea."

The West African coast is a hotspot for piracy that is second only to the Somali coast and the Indian Ocean.

"An official of the private security firm, AKE Group, of Hereford, England, said the attack on the vessel, identified as the C-Retriever, took place near the Nigerian city of Brass, where the oil-rich Niger Delta empties into the Gulf of Guinea, in West Africa. The official, based in AKE Group's office in Lagos, Nigeria, spoke on the condition of anonymity.

" 'All we know is this attack happened, and these were the people who were kidnapped,' the official said by telephone. He said he did not know the identities of the two hostages.

"A spokesman for the Nigerian Navy, Cmdr. Kabiru Aliyu, confirmed the piracy attack. 'The Nigerian Navy has directed its operational command to search for and rescue the vessel and the crew members," he said. "Right now, the search is going on, and we are tracking down the culprits. We don't know how it was carried out.' "