Accessibility links
In Calif., Hundreds March To Protest Fatal Police Shooting Of Boy : The Two-Way Police say they mistook a toy gun for a real AK-47. They shot 13-year-old Andy Lopez seven times. He died on the scene. 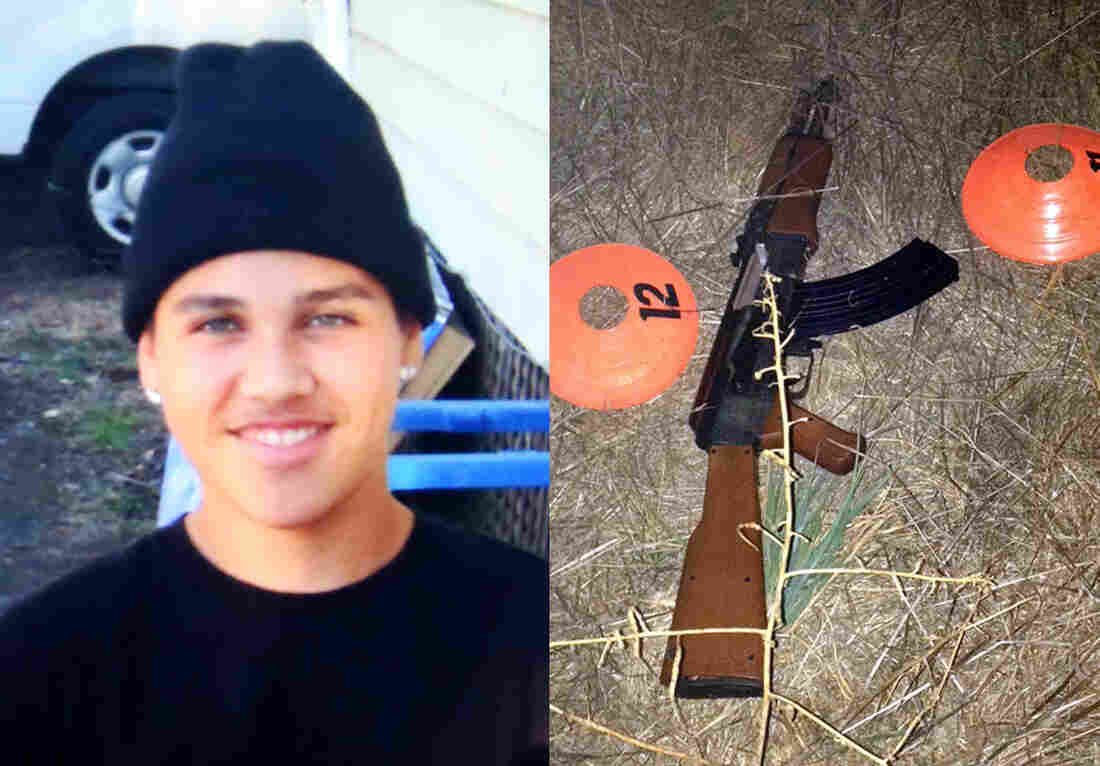 This combination of photos provided by the family via The Press Democrat and the Sonoma County Sheriff's Department shows an undated photo of 13-year-old Andy Lopez and the replica assault rifle he was holding when he was shot and killed by two Sonoma County deputies in Santa Rosa, Calif. on Tuesday. AP hide caption 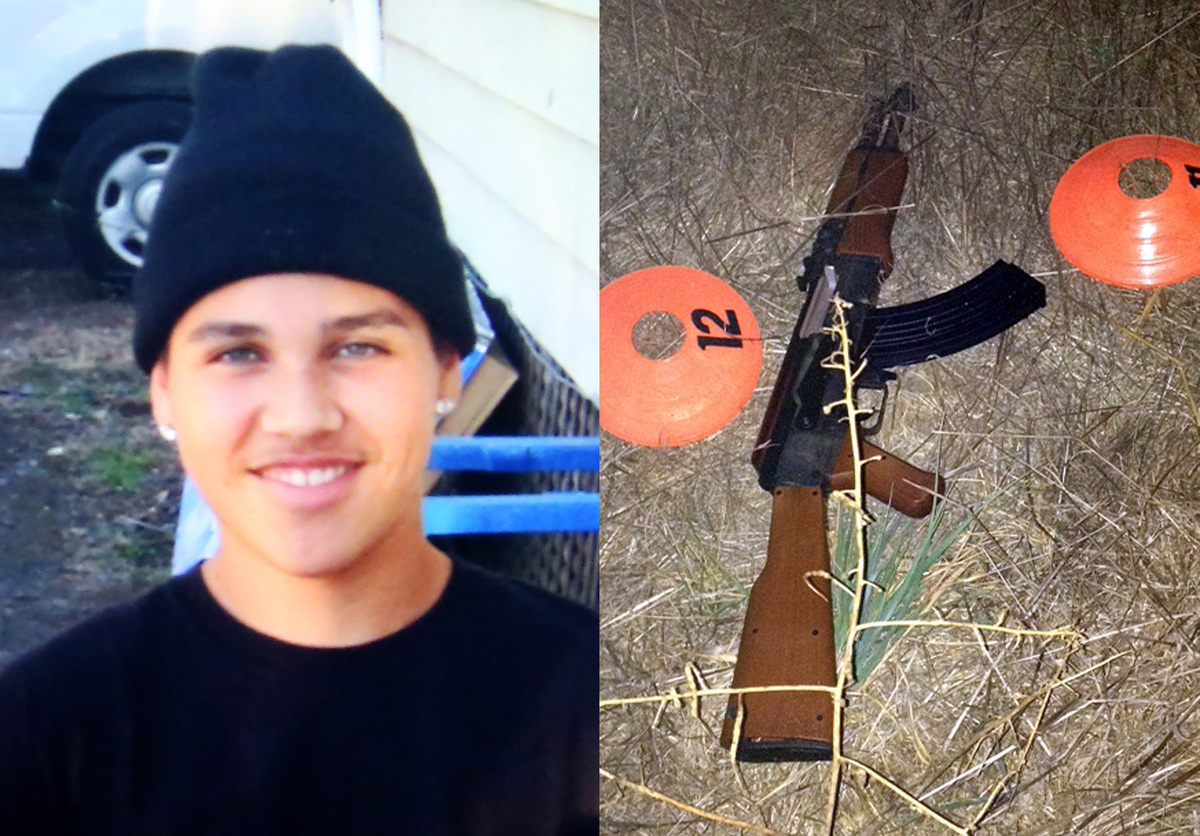 This combination of photos provided by the family via The Press Democrat and the Sonoma County Sheriff's Department shows an undated photo of 13-year-old Andy Lopez and the replica assault rifle he was holding when he was shot and killed by two Sonoma County deputies in Santa Rosa, Calif. on Tuesday.

For the third day in a row, hundreds of demonstrators took the streets of Santa Rosa, Calif. to protest the shooting death of a 13-year-old boy.

As The San Francisco Chronicle reports, Andy Lopez was walking to a friend's house on Tuesday to return a toy rifle. When police encountered him, they mistook the toy rifle for an AK-47 assault rifle.

"Authorities said the deputy, a 24-year veteran of the department, twice ordered Andy to put down the fake gun and then fired when the boy, still holding the toy, began to turn around," the Chronicle reports.

Lopez was hit seven times and died on the scene.

The Santa Rosa Press Democrat reports that a few hundred demonstrators have rallied for the past three days. The paper adds:

"By lunchtime, the line of demonstrators stretched for two blocks as they made their way north on Mendocino Avenue to the Sonoma County Sheriff's Department, about three miles away.

"'We are here to support the family and to show Andy we are going to get justice for him,' said Maria Arreguin, a ninth grade Elsie Allen student who had known Lopez since second grade.

"She said the deputies responsible 'deserve to get fired and be in jail.'

"One demonstrator had sign reading, 'A badge is not a license to kill.'"

The Press Democrat reports that demonstrators say police acted too hastily; initial records seem to indicate shots were fired within 10 seconds of when the police reported a suspicious person.

The paper reports that police have promised a full investigation.

The Center for Public Integrity reports that this case highlights the failed attempts to regulate replica guns. Toy makers, for example, are required to put an orange tip on toy guns, but the one Andy was carrying did not have one, or it had been modified.

"In 2012, the Center for Public Integrity reported on how pressure from retail stores and the National Rifle Association helped defeat a bill by Sen. Kevin de Leon, a Los Angeles Democrat, who came up with the proposal in response to similar police shootings of boys playing with replica guns.

"The bill would have required replica guns like the one Andy was carrying be made with transparent bodies or in certain neon colors. The measure had the support of Los Angeles Police Chief Charlie Beck, who invoked the tragic 2010 shooting of another 13-year-old boy who was paralyzed when L.A. police officers came upon boys playing with toy guns and ended up shooting one.

"'Backers said the measure (de Leon's) was designed to try to prevent shootings of innocent young people by police officers who have to make split-second decisions,' the Center's story said."