Accessibility links
Scientists: Asian Carp Breeding In Great Lake Tributaries : The Two-Way A U.S. Geological Survey study finds that the Asian grass carp is living and breeding in the Sandusky River, which flows into Lake Erie. 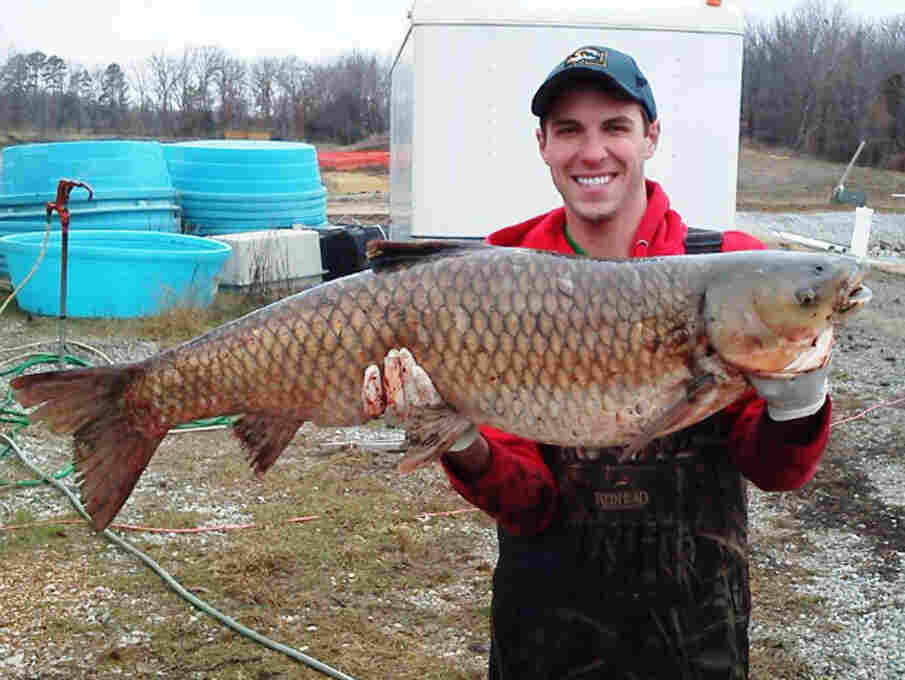 Tommy Goszewski, a technician with the U.S. Geological Survey, holds a grass carp taken from a pond at an agency lab in Columbia, Mo., in spring 2013. AP hide caption 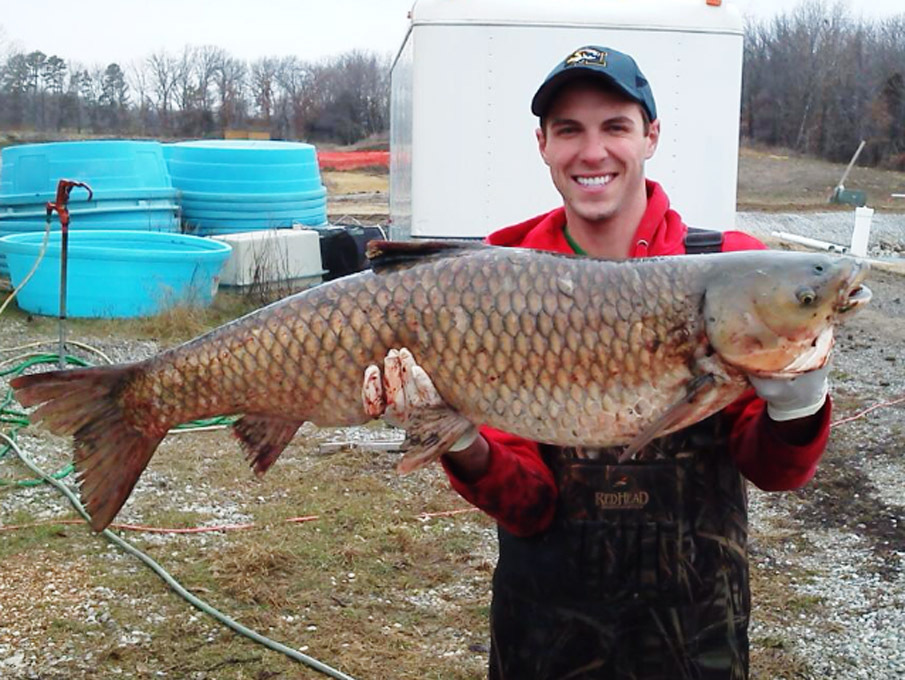 Tommy Goszewski, a technician with the U.S. Geological Survey, holds a grass carp taken from a pond at an agency lab in Columbia, Mo., in spring 2013.

Scientists have confirmed for the first time that at least one variety of Asian carp is living and breeding in the Great Lakes watershed, where it threatens stocks of native fish.

A U.S. Geological Survey and Bowling Green State University study published Monday says Asian carp taken from the Sandusky River in Ohio show the fish are "the result of natural reproduction within the Lake Erie basin."

"It's bad news," USGS Duane Chapman told The Associated Press. "It would have been a lot easier to control these fish if they'd been limited in the number of places where they could spawn. This makes our job harder. It doesn't make it impossible, but it makes it harder."

According to a USGS statement:

"If grass carp become abundant in Lake Erie, they may threaten native fish populations and could be detrimental to ducks, geese or other large aquatic birds. Grass carp were brought to the U.S. to control aquatic plants in the 1960s. They eat large quantities of aquatic plants, which could degrade areas important for spawning and early development of native fish."

While other species of Asian carp are of more concern than the Grass carp, all Asian carp require similar conditions to successfully reproduce, scientists say.

"Of greatest concern in the Great Lakes region are bighead and silver carp, prolific breeders that gobble huge amounts of plankton — tiny plants and animals that are vital to aquatic food chains. Scientists say if they gain a foothold in the lakes, they could spread widely and destabilize a fishing industry valued at $7 billion."