Accessibility links
Sebelius: 'Hold Me Accountable For The Debacle' : The Two-Way The Health and Human Services secretary was on the hot seat at a House hearing. Her testimony followed another hearing Tuesday at which an Obama aide apologized for HealthCare.gov's troubles and was peppered with questions about Americans who have had their health insurance canceled.

Rep. Marsha Blackburn, R-Tenn., and Secretary Sebelius on who's responsible for 'this debacle'

Listen
Sebelius: 'Hold Me Accountable For The Debacle'

Sebelius: 'Hold Me Accountable For The Debacle'

That's what Health and Human Services Secretary Kathleen Sebelius told Americans on Wednesday morning during a Congressional hearing into problems with the Obama administration's HealthCare.gov website and Republicans' concerns about the Affordable Care Act. 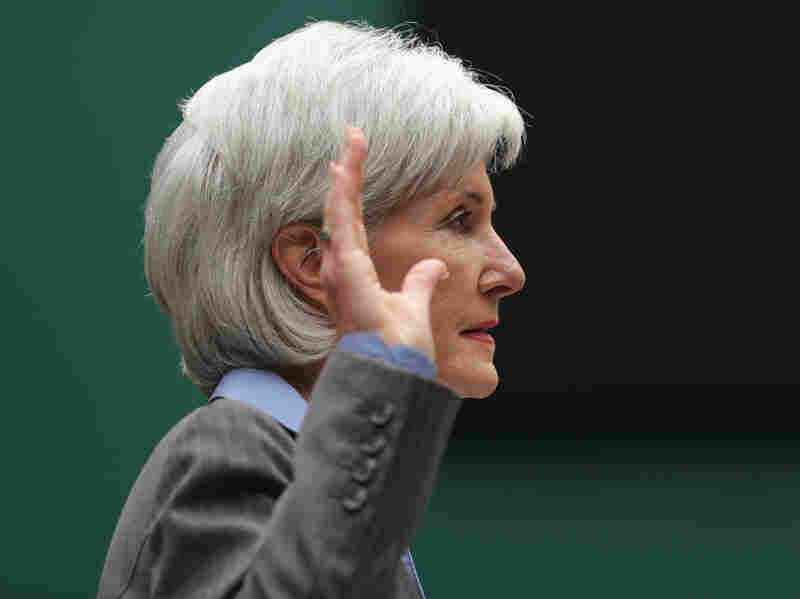 Health and Human Services Secretary Kathleen Sebelius as she was sworn in prior to the House Energy and Commerce Committee hearing Wednesday. Alex Wong/Getty Images hide caption 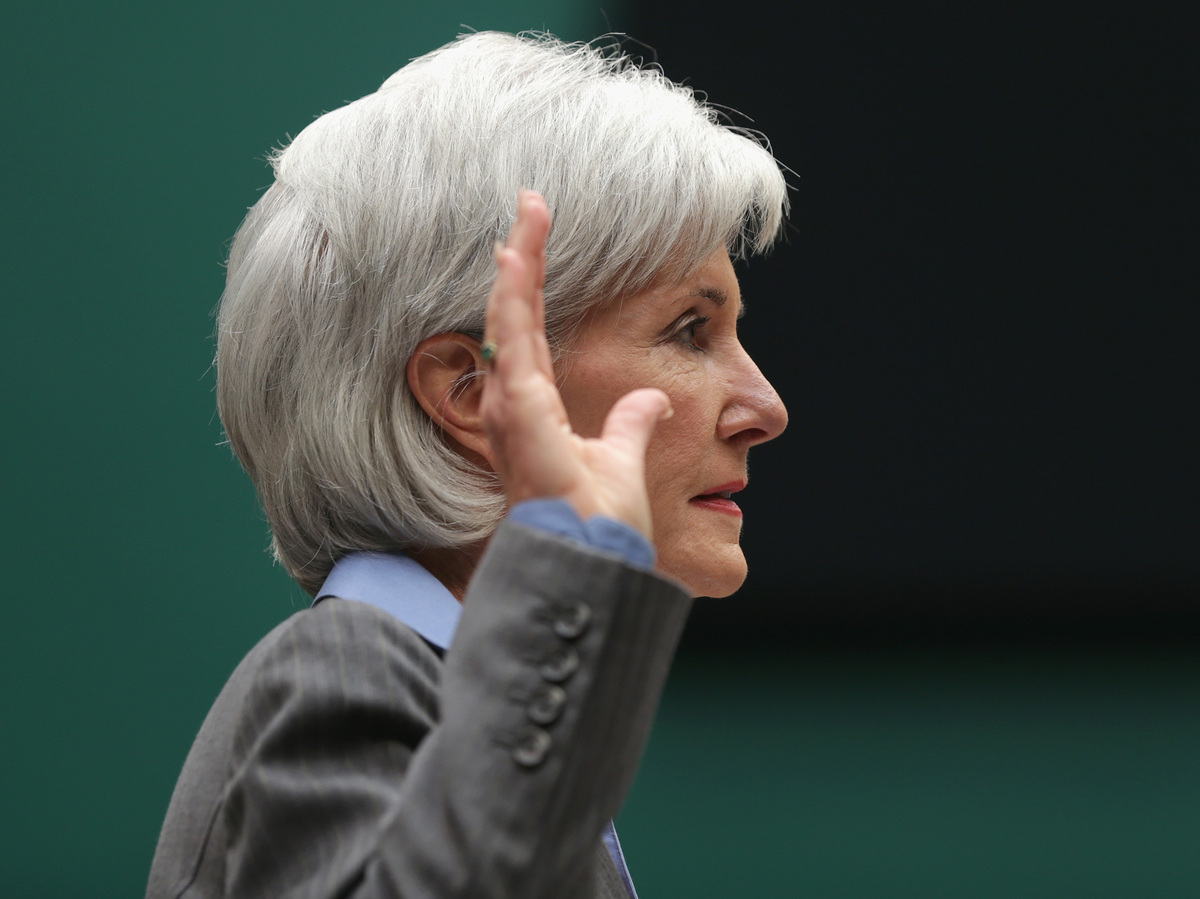 Health and Human Services Secretary Kathleen Sebelius as she was sworn in prior to the House Energy and Commerce Committee hearing Wednesday.

Rep. Marsha Blackburn, R-Tenn., and Secretary Sebelius on who's responsible for 'this debacle'

But while conceding "the initial consumer experience at HealthCare.gov has not been adequate" and that she should be held accountable for "the debacle," Sebelius also made the case that "the Affordable Care Act delivered on its product: quality, affordable health insurance."

Sebelius made the comments while summarizing the prepared statement she submitted to the House Energy & Commerce Committee at the start of a much-anticipated hearing at which she faced tough questions from Republicans.

She came under fire for a program that Republicans say restricts Americans' health care choices, and for a website that has been problematic, at best, since it launched Oct. 1. Even as Sebelius spoke, and repeatedly said that the site had never "crashed" but had at various times been barely moving, for many users a visit to HealthCare.gov on Wednesday brought only a message that "the system is down at the moment."

The hearing began just after 9 a.m. ET. We updated several times as you'll see below. For much more about the health care act and its launch, see NPR's Shots blog.

Speaking in Boston on Wednesday, President Obama defended the Affordable Care Act, saying the federal law was modeled on the successful program enacted under former Gov. Mitt Romney in Massachusetts.

The "parade of horribles" predicted for what's been dubbed "Romneycare" never materialized, he said.

"Healthcare reform in this state was a success," he said. "But, there were problems at the start. There were changes that needed to be made."

Enrollment was slow, but it picked up and now the "vast majority" of Massachusetts citizens are happy with their coverage, he said to applause.

The president acknowledged problems with HealthCare.gov, the Internet portal to access health plans under the ACA.

"The website hasn't worked the way it's supposed to in these last few weeks," Obama said. "There's no denying it. The website is too slow ... and I'm not happy about it."

"I take full responsibility for making sure it gets fixed," he said.

One of the more dramatic moments of the morning so far has been an exchange between Rep. Marsha Blackburn, R-Tenn., and Sebelius.

Blackburn pushed Sebelius to name "who's repsonsible" for the crashing and other problems with the HealthCare.gov website. After some back-and-forth, Sebelius answered that Michelle Snyder, chief operating officer at the Centers for Medicare & Medicaid Services, runs a key unit.

So, "Michelle Snyder is the one responsible for this debacle?" Blackburn asked.

After a moment, Sebelius responded with some edge to her voice, saying:

Asked if she is confident the website will be running smoothly by Nov. 30, Sebelius says she is. "But I know it isn't fair to ask the American public to take our word for it," she acknowledges.

The big story in Washington today is the appearance of Health and Human Services Secretary Kathleen Sebelius before the House Energy & Commerce Committee.

Tavenner first apologized for the botched rollout of the HealthCare.gov website, and then spent several hours being peppered with questions from Ways and Means Committee Republicans. Many of the queries were about cancellation notices being received by people who buy their own insurance.

"Many members of the committee, including [Rep. Peter] Roskam, R-Ill., read letters from constituents who say they'll have to pay more for new coverage. 'Can you understand the level of frustration and concern about what many Americans perceive to be a false claim from the administration?' he asked.

"Tavenner said it's not that simple, and it's not all bad. Many people who say they like their current plans don't realize how little they cover.

There have been calls from some Republicans for Sebelius to step down or be fired because of the problems with HealthCare.gov.

The Shots blog will continue to follow the story closely. Wednesday's hearing at which Sebelius will appear is set to begin at 9 a.m. ET. The committee plans to webcast the hearing it here. We've embedded its player if you wish to watch here instead.

From the It's All Politics Blog: 5 Questions Kathleen Sebelius Must Answer.