Accessibility links
Obama's 'Keep Your Health Care Plan' Pledge Fails Fact Checks : The Two-Way One of the president's most famous promises — "if you like your health care plan, you can keep your health care plan" — isn't true for everyone now that the Affordable Care Act is going into effect, say nonpartisan truth squads. 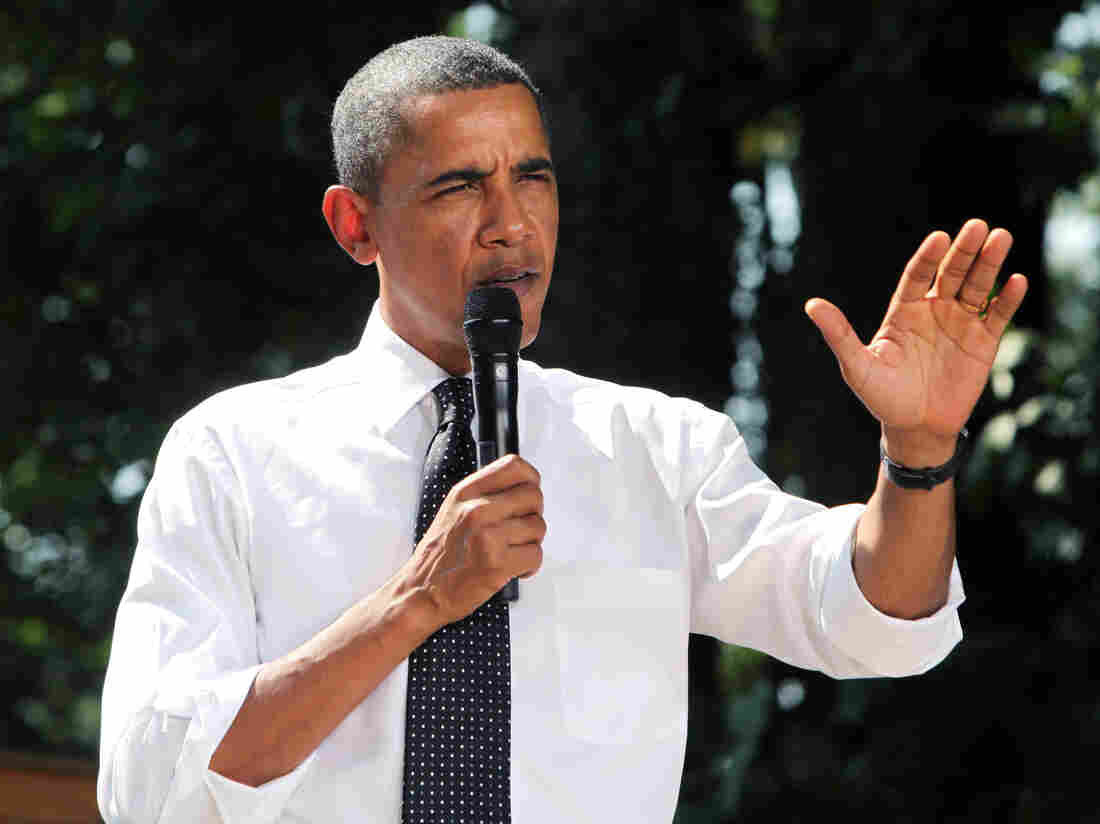 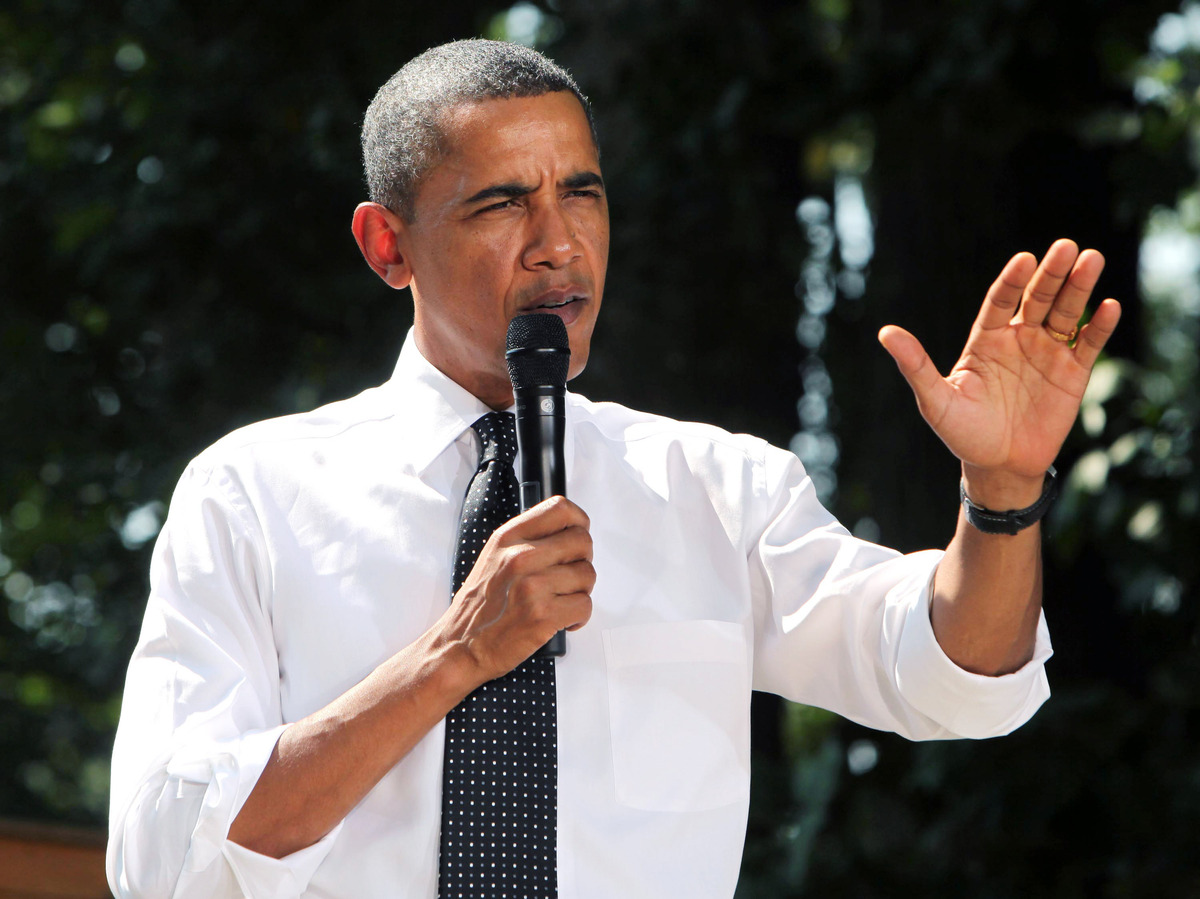 September 2010: President Obama at an event in Falls Church, Va., where he answered questions about his health care plan.

As lawmakers grill Health and Human Services Secretary Kathleen Sebelius about the botched startup of HealthCare.gov and other issues related to the Affordable Care Act, nonpartisan fact checkers are giving failing grades to President Obama's oft-repeated pledge to Americans that "if you like your health care plan, you can keep your health care plan."

"The administration is defending this pledge with a rather slim reed — that there is nothing in the law that makes insurance companies force people out of plans they were enrolled in before the law passed. That explanation conveniently ignores the regulations written by the administration to implement the law. ...

"The president's statements were sweeping and unequivocal — and made both before and after the bill became law. The White House now cites technicalities to avoid admitting that he went too far in his repeated pledge. ...

Also Wednesday morning, PolitiFact runs through its judgments on the president's pledge and writes that:

"Last year, we rated his statement Half True.

"Obama's statement had a reasonable point: His health care law does take pains to allow Americans to keep their health plan, especially people who get their insurance through work.

"But most people have never been able to keep their insurance through thick and thin. Even before the law took effect, a substantial number of policyholders were forced to switch plans every year. Figures from the nonpartisan Congressional Budget Office suggested that the law could increase that rate, not reduce it, even if Americans on balance benefit from the law's provisions mandating comprehensive coverage."

Finally, FactCheck.org on Tuesday reminds its readers that:

"The issue now getting attention is that the new law sets minimum standards for health insurance coverage, requiring, for example, that all health plans carry mental health benefits, prescription drug coverage, vaccinations, dental and vision care for children, maternity care for women, and more. Coverage also must be available to all regardless of preexisting medical conditions. In effect, this outlaws many existing 'bare bones' plans that were cheap, but didn't cover all (or any) of the required benefits and were available to mainly healthy persons. Those plans are now outlawed, and not all who had them welcome better insurance at greater cost. ...

"This was another example of reality catching up to the president's unfulfillable blanket promise that 'you can keep your plan.' Not everybody can. That's been widely expected for years, and now it's becoming obvious."