Accessibility links
Priceless Italian Treasure Is Shown Off In Rare Exhibition : The Two-Way For the first time, 70 pieces of the Treasure of San Gennaro — said to be more valuable than the British crown jewels — have been transported from a vault in Naples to a museum in Rome. The collection highlights historic gifts from European leaders, including Napoleon.

Priceless Italian Treasure Is Shown Off In Rare Exhibition

Priceless Italian Treasure Is Shown Off In Rare Exhibition

A necklace of Saint Januarius, in gold, silver and precious stones, is displayed in Rome. The riches are from a treasure trove in Naples that is said to be worth more than the British crown jewels. Gabriel Buoys/AFP/Getty Images hide caption

Dazzling with diamonds, emeralds and gold, 70 pieces of treasure — said to be some of the most valuable in the world — have been transported from a vault in a Naples cathedral to a museum in Rome. They'll stay there until February, marking the first time they've ever been displayed outside of Naples.

The head of the foundation organizing the Treasure of San Gennaro exhibition tells the BBC the collection is "of incalculable worth, both historically and artistically, greater than that of the British crown jewels or the Russian imperial crown."

The collection officially began in 1526, when the city of Naples called upon its patron saint, fourth century bishop San Gennaro (known in English as Januarius), for help. The BBC reports:

"In the 1520s, when Naples was beset by disease, war and the frequent eruption of the nearby Mount Vesuvius, Neapolitans pledged to build a chapel to San Gennaro and safeguard the donated treasure, in return for the saint's protection.

" 'The city was on its last legs, but the people of Naples knew which saint to turn to,' said the exhibition's curator Paolo Jorio. 'They voted that, if Saint Januarius helped them, they would dedicate a new treasure chapel to him.'"

Since then, it has acquired more than 21,000 pieces. One of the most elaborate acquisitions is a necklace made up of several pieces of jewelry and stones donated over centuries, such as a cross donated by Napoleon.

The exhibition in Rome shows off some of the collection's highlights, including: 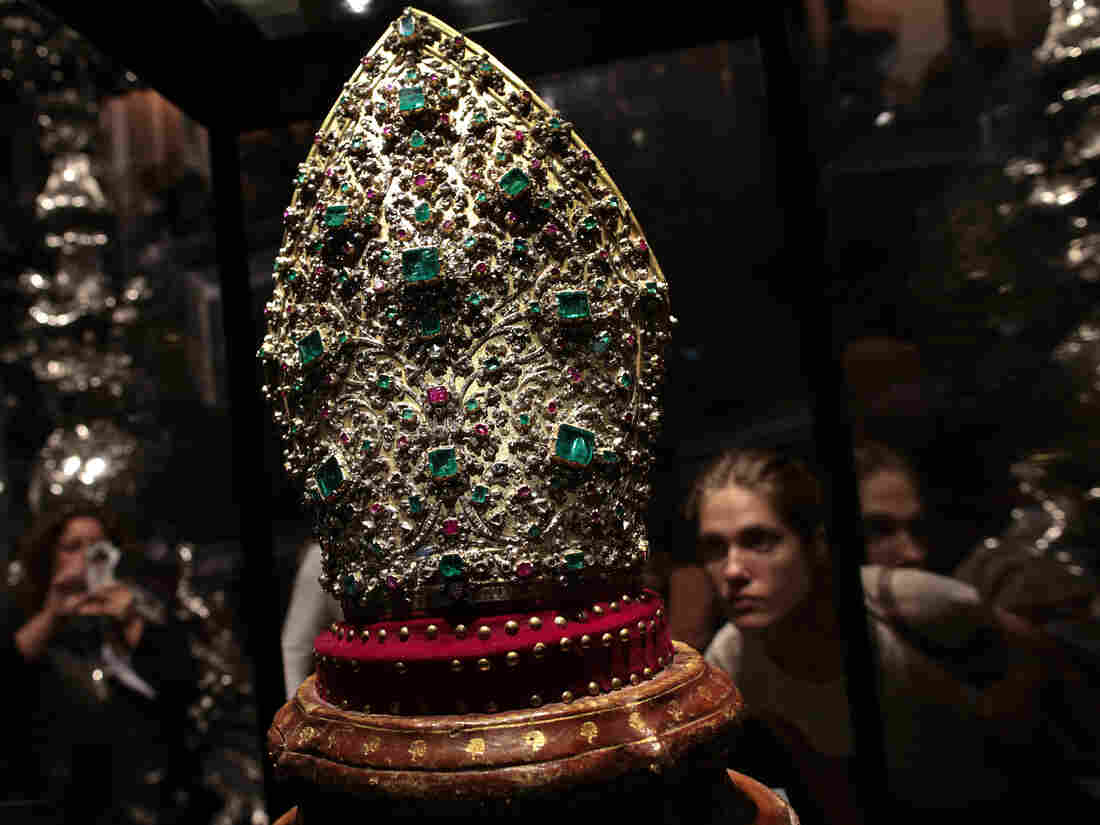 The mitre of San Gennaro is made up of 3,300 diamonds and hundreds of rubies and emeralds. Tony Gentile/Reuters/Landov hide caption 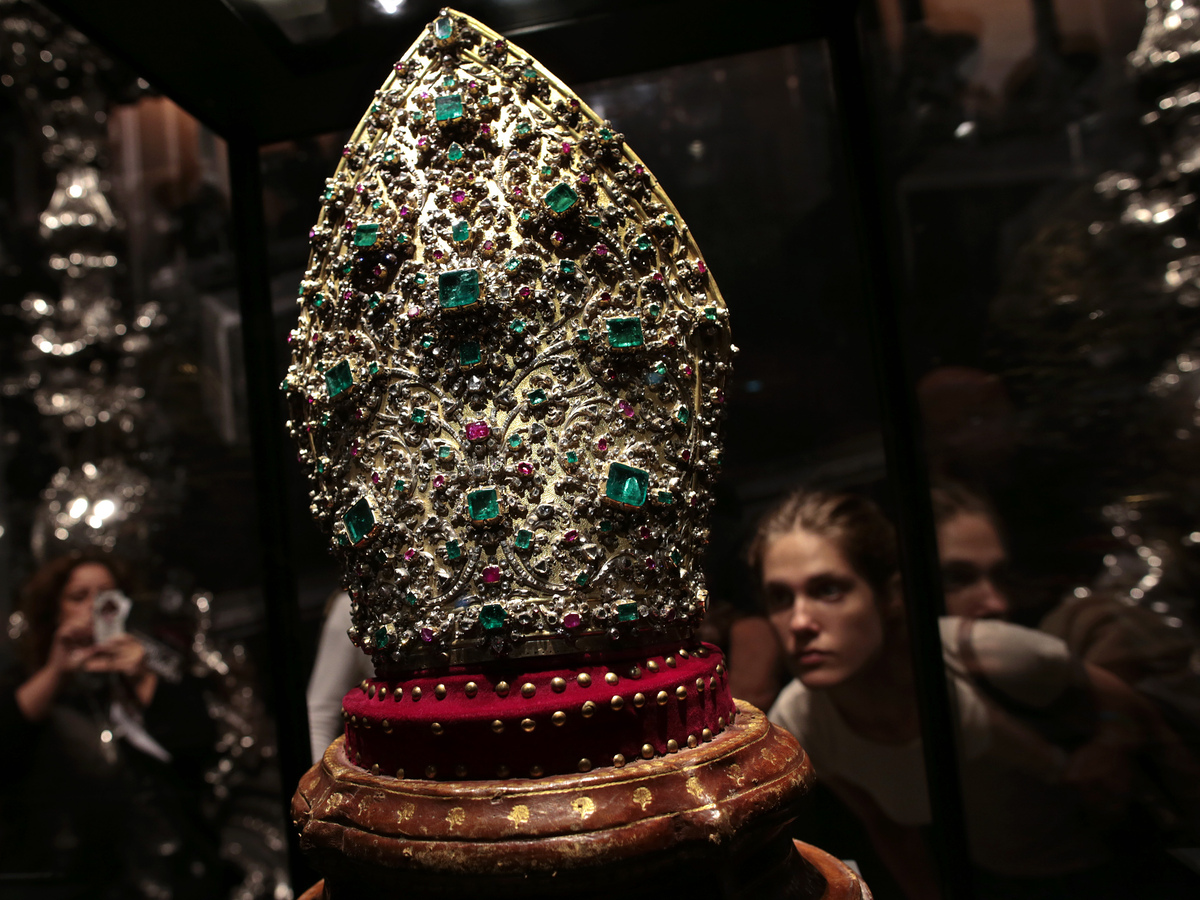 The mitre of San Gennaro is made up of 3,300 diamonds and hundreds of rubies and emeralds.