Accessibility links
Police: 'Jihadists' Detained In Tiananmen Square Car Crash : The Two-Way The vehicle smashed into a bridge near the Forbidden City as the occupants set it on fire in front of the iconic portrait of Mao Zedong. Two tourists were killed. 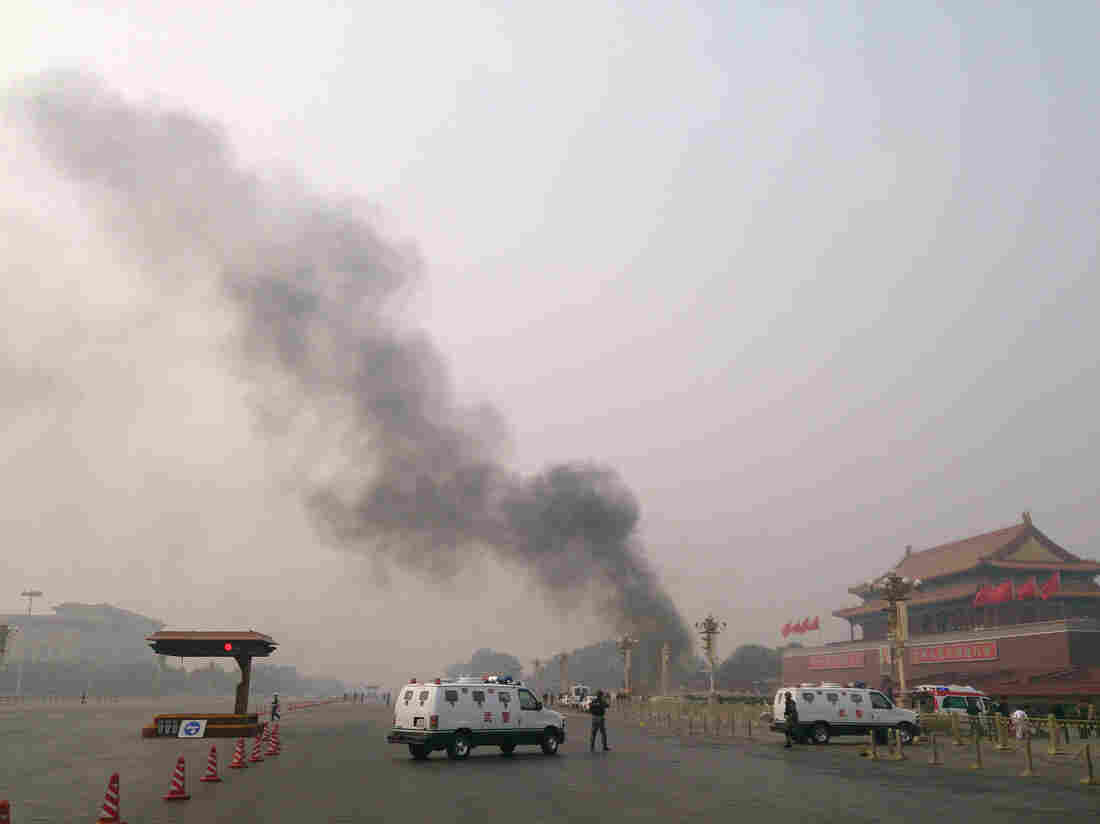 Police cars block off the roads leading into Tiananmen Square as smoke rises into the air after a vehicle crashed in front of Tiananmen Gate in Beijing on Oct. 28. AFP/Getty Images hide caption 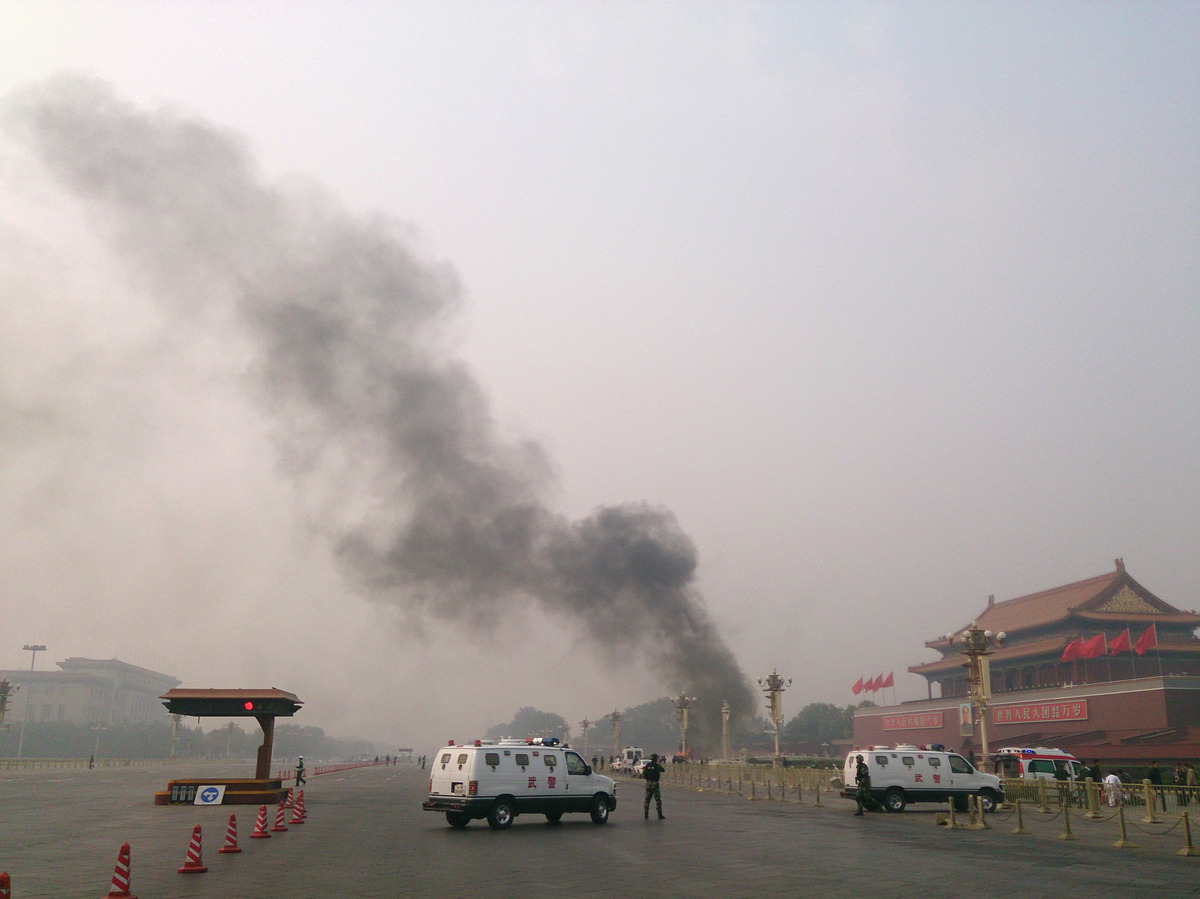 Police cars block off the roads leading into Tiananmen Square as smoke rises into the air after a vehicle crashed in front of Tiananmen Gate in Beijing on Oct. 28.

Police in China have arrested five men described as Islamic jihadists in connection with a deadly car crash and fire that killed two tourists and injured 40 others this week in Tiananmen Square.

The incident on Monday, in which a car crashed into a bridge near the Forbidden City before three occupants set the vehicle and themselves ablaze near the iconic portrait of Chairman Mao Zedong, was described by police for the first time as a "violent terror attack" that was "carefully planned and organized."

"In a brief message posted on its microblog account, the Beijing Public Security Bureau said the arrested men, all ethnic Uighurs from China's western Xinjiang region, had enlisted a family of three to drive a vehicle across a crowded sidewalk on Monday and then ignite the car at the foot of the Tiananmen Gate. Two tourists were killed and 40 people were injured as the vehicle sped toward the entrance to the Forbidden City, just yards from the iconic portrait of Chairman Mao. The authorities had previously reported 38 injuries.

"The occupants of the car — identified by the police as Usmen Hasan; his wife, Gulkiz Gini; and his mother, Kuwanhan Reyim, names that are identifiably Uighur — died as it went up in flames."

"Police said the vehicle they found on Monday had a container for petrol, two knives and what they describe as a flag with extremist religious slogans on it. They added that the car's number plates were registered in Xinjiang province.

"They said they also found more knives and another flag at a location in Beijing."