Accessibility links
FAA Says Fliers Can Safely Use Most Electronics : The Two-Way The decision means that soon fliers won't have to turn off their e-books, tablets and other devices during some parts of their flights. Still not OK: using cellphones to make calls. 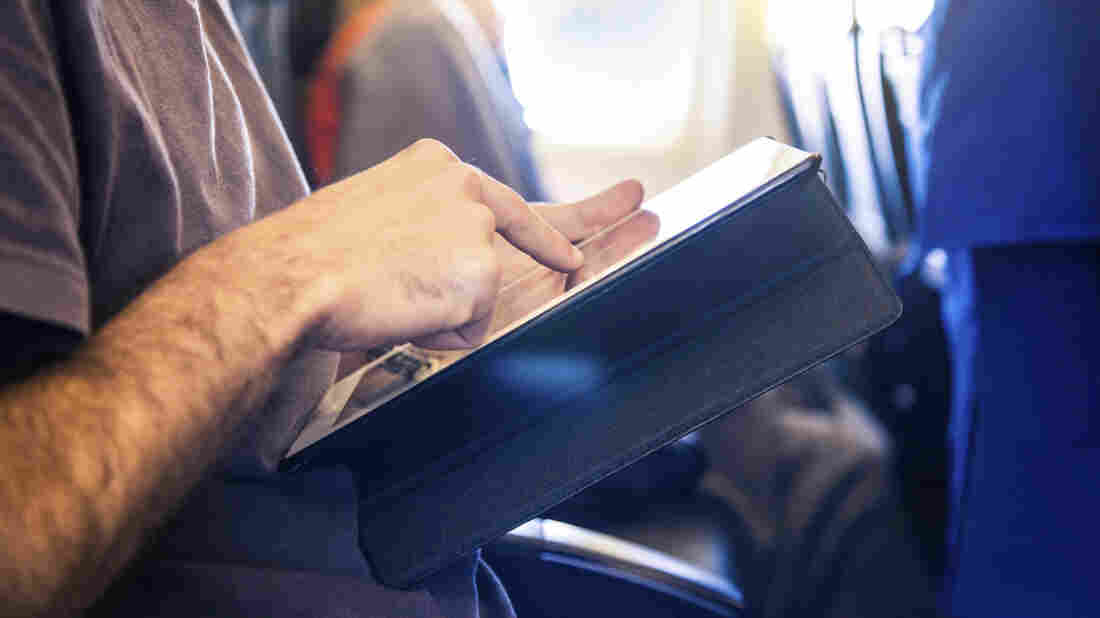 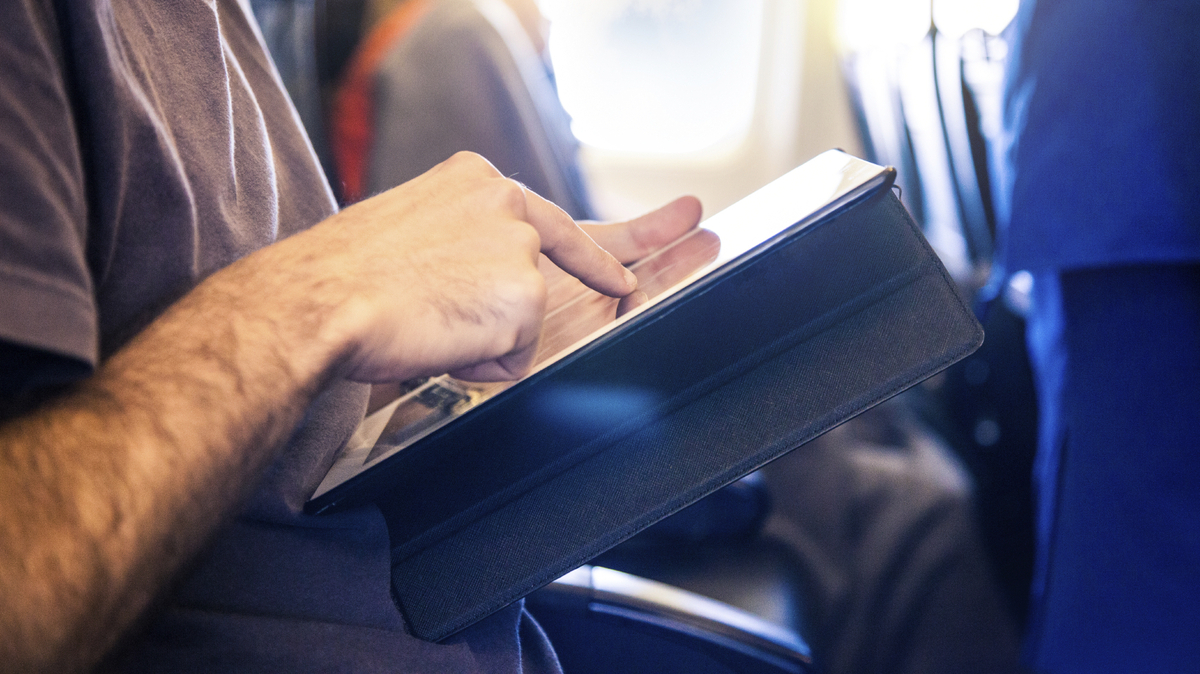 Saying it has "determined that airlines can safely expand passenger use of Portable Electronic Devices (PEDs) during all phases of flight," the Federal Aviation Administration announced Thursday that it is advising airlines they can let fliers use their much-loved e-books, tablets and other handhelds "gate-to-gate."

Cellphone calls, however, would still be prohibited.

The agency says it expects that by the end of this year, "many carriers will prove to the FAA that their planes allow passengers to safely use their devices in airplane mode, gate-to-gate." And according to the FAA:

"Passengers will eventually be able to read e-books, play games, and watch videos on their devices during all phases of flight, with very limited exceptions. Electronic items, books and magazines, must be held or put in the seat back pocket during the actual takeoff and landing roll. Cellphones should be in airplane mode or with cellular service disabled — i.e., no signal bars displayed — and cannot be used for voice communications based on FCC regulations that prohibit any airborne calls using cell phones. If your air carrier provides Wi-Fi service during flight, you may use those services. You can also continue to use short-range Bluetooth accessories, like wireless keyboards."

"Thursday's decision marks a major change for passengers eager to keep reading an electronic book, listen to music or play a game while the plane is less than 10,000 feet in the air, where those activities have been prohibited.

"The decision on other gadgets follows a report Sept. 30 from a 28-member committee representing airlines, manufacturers, electronics makers, pilots and flight attendants.

"The prohibition against electronics began decades ago because of concerns about interference with cockpit communications and navigation equipment. But passengers have sought easier use of their gadgets as electronics become more widespread and as aircraft equipment has become less susceptible to stray signals."

NPR's David Schaper previewed this decision on All Things Considered last month. As he reported, "it's news many airline passengers have waited to hear."