Accessibility links
Man Behind Oregon's Famous Exploding Whale Dies : The Two-Way Highway engineer George Thornton, who led a 1970 operation to blow up the dead whale on a beach, died this week at age 84. Thornton's decision resulted in a foul shower of whale blubber. Whenever video of the unlikely event resurfaces, some viewers declare it a hoax. 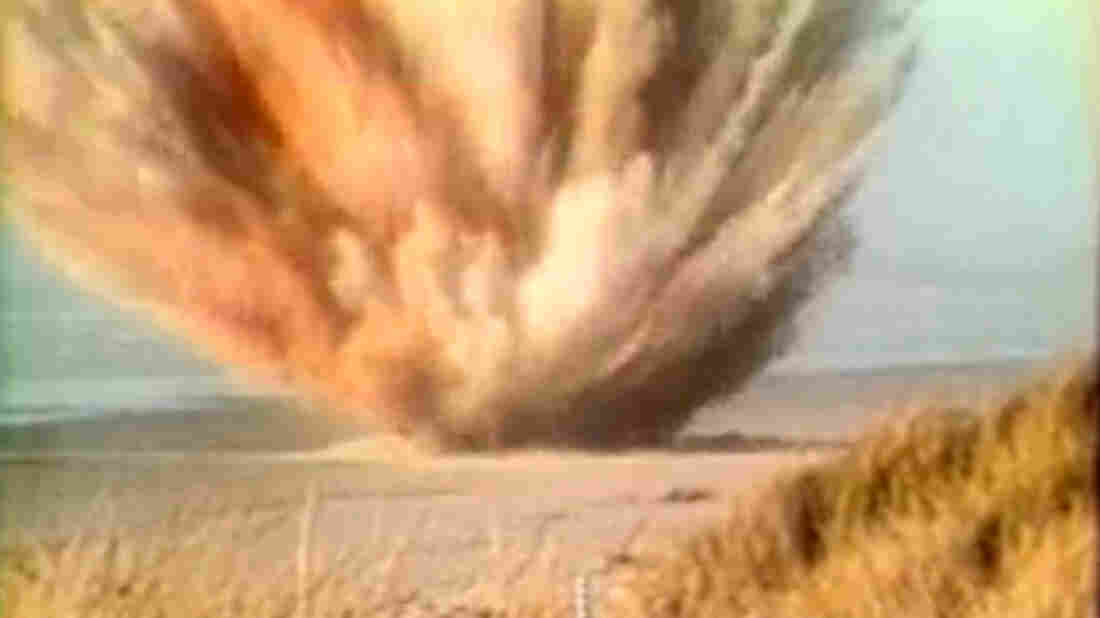 A report by KATU-TV on officials' decision to blow up an 8-ton dead whale on an Oregon beach in 1970 went on to become an early viral video. The highway engineer who led the operation died this week. YouTube hide caption 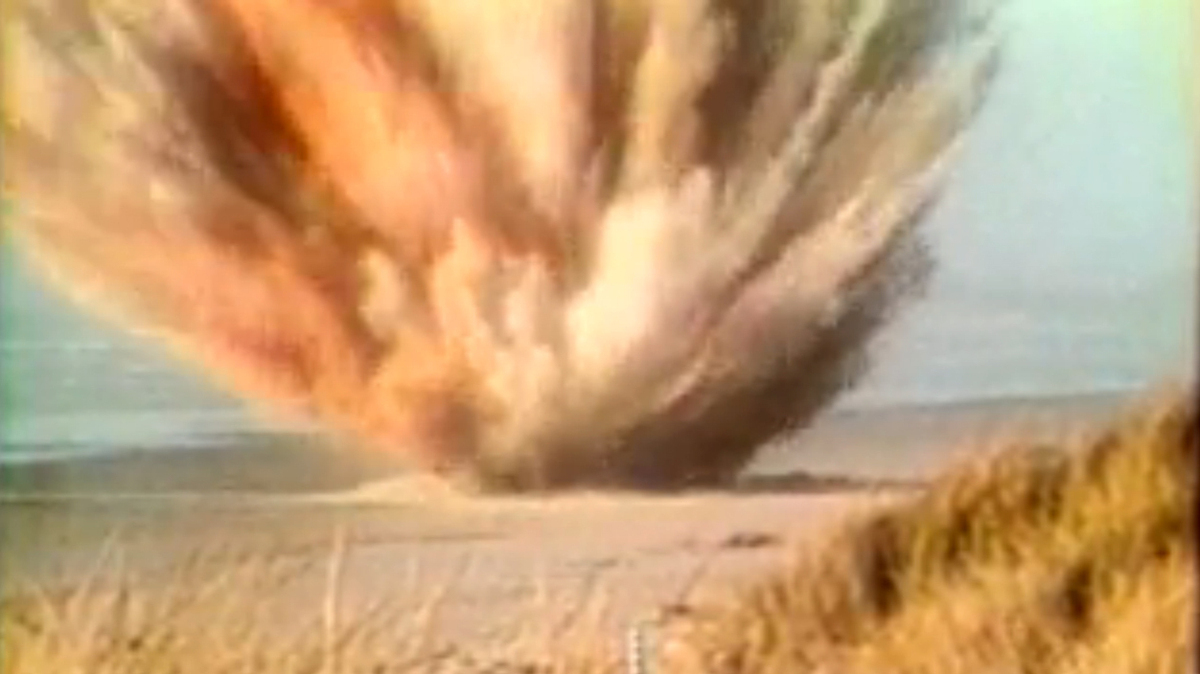 A report by KATU-TV on officials' decision to blow up an 8-ton dead whale on an Oregon beach in 1970 went on to become an early viral video. The highway engineer who led the operation died this week.

Oregon highway engineer George Thornton, who in 1970 led an operation to blow up a dead beached whale with half a ton of dynamite, died this week at age 84. Thornton's decision resulted in a foul shower of whale blubber; video of the event has resurfaced periodically, often leading viewers to declare the whole thing a hoax.

But the problem facing Thornton and his colleagues was both real and huge: Measuring 45 feet and weighing 8 tons, the whale had begun to emit an "incredible" stench as it decomposed on the beach, as Oregon's KATU-TV news reports.

After consulting experts in the Navy and elsewhere, Thornton decided the best course of action would be to detonate the whale with enough force to disintegrate it into chunks that could be eaten by scavengers — "sea gulls and crabs, and whatnot," as Thornton told KATU back in 1970.

"I'm confident that it'll work," he said, while admitting to some uncertainty over how much dynamite to use. His team approached the problem as they would a large boulder that needs to be broken down, in this case with 20 crates of dynamite. The charge was buried on the landward side of the whale, with the intention of blowing its remains toward the Pacific Ocean.

The event on the beach near Florence, Ore., was covered by KATU's Paul Linnman, whose witty narration may be part of the reason viewers have suspected the whole thing was a put-on. Linnman interviewed Thornton at the scene, did an on-camera report from next to the decaying whale — and stood with dozens of spectators a quarter of a mile away as the massive explosion was triggered.

And that's when yelps of excitement and admiration (including a "Wheee!" from one attendee) at the sight of the big blast turned to cries of alarm and disgust, as a torrent of stinky whale flesh fell from the sky.

"A large chunk nearly destroyed this car," Linnman said, as his report showed a sedan whose roof was flattened so thoroughly that it resembled a four-door convertible. The vehicle was in a parking lot more than a quarter of a mile from the blast site. Fortunately, no serious injuries were reported.

Linnman signed off by observing, "It might be concluded that should a whale ever wash ashore in Lane County again, those in charge will not only remember what to do, they'll certainly remember what not to do."

"Thornton had refused to talk about the exploding whale for many years," The Associated Press reports, "once remarking that every time he did, 'it blew up in my face.' "

"I don't think he was trying to be funny," said Linnman, who now works for Portland radio's KEX. "It's just the way he felt."

While Thornton was loath to revisit the episode, Internet viewers have shown no such reluctance. The video has been rediscovered several times; in the early 1990s, it reportedly triggered angry calls to Oregon officials from people who believed the incident had happened recently, not in 1970.

Ed Shoaps, who worked as a public information officer for Oregon's Department of Transportation, tells the AP that he sees the KATU footage as an early viral video.

"I consider it the first story to go viral on the Internet," Shoaps says. "The story persists because it is interesting."

An overview of how the story — and the jaw-dropping video — kept resurfacing comes from Howard Stateman, who has written about the Web on his Howeird site. In the early 1970s, Stateman was on duty for The Daily Astorian, miles up the Oregon coast from the blubber-blast site. Here's how he recalls the early life of the story, and its resurrection:

"In 1978, I changed careers, and was one of the early users of the Internet. Imagine my surprise when this story started popping up in Usenet groups as if it had just happened. It was one of the first Urban Legends, which is pretty funny because (a) it was fact and (b) Florence, Oregon is anything but urban. Click here to see an email message I received in 1993, where the sender apparently thought the whale was exploded in the last week or two.

"But the surprise wasn't over. When the Web started up in earnest about 15 years later, this story again popped up, again as if it had just happened, and was widely dubbed a hoax."

As might have been said by those in attendance, and by Thornton himself, if only it were so.

The initial TV story was shot on Super 8 film, Stateman says. Here's a crisper version of the video, presented in a recap by KATU years later: