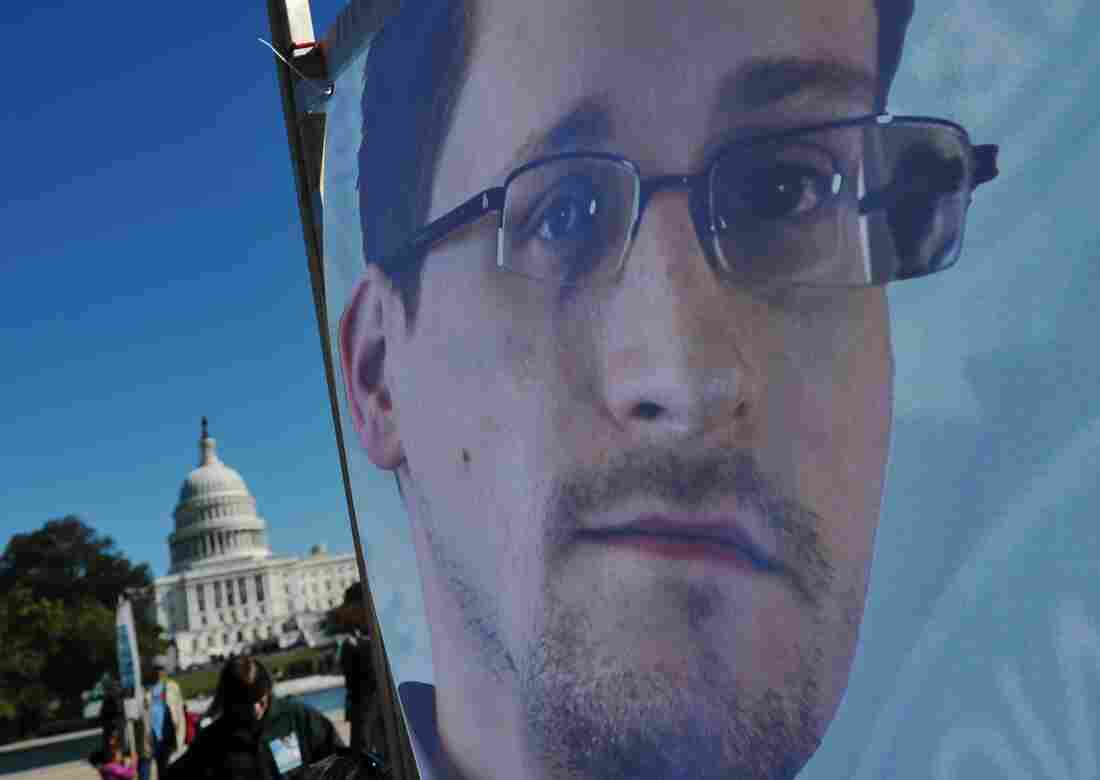 An image of Edward Snowden on the back of a banner is seen infront of the U.S. Capitol during a protest against government surveillance on October 26, 2013 in Washington, D.C. Mandel Ngan /AFP/Getty Images hide caption 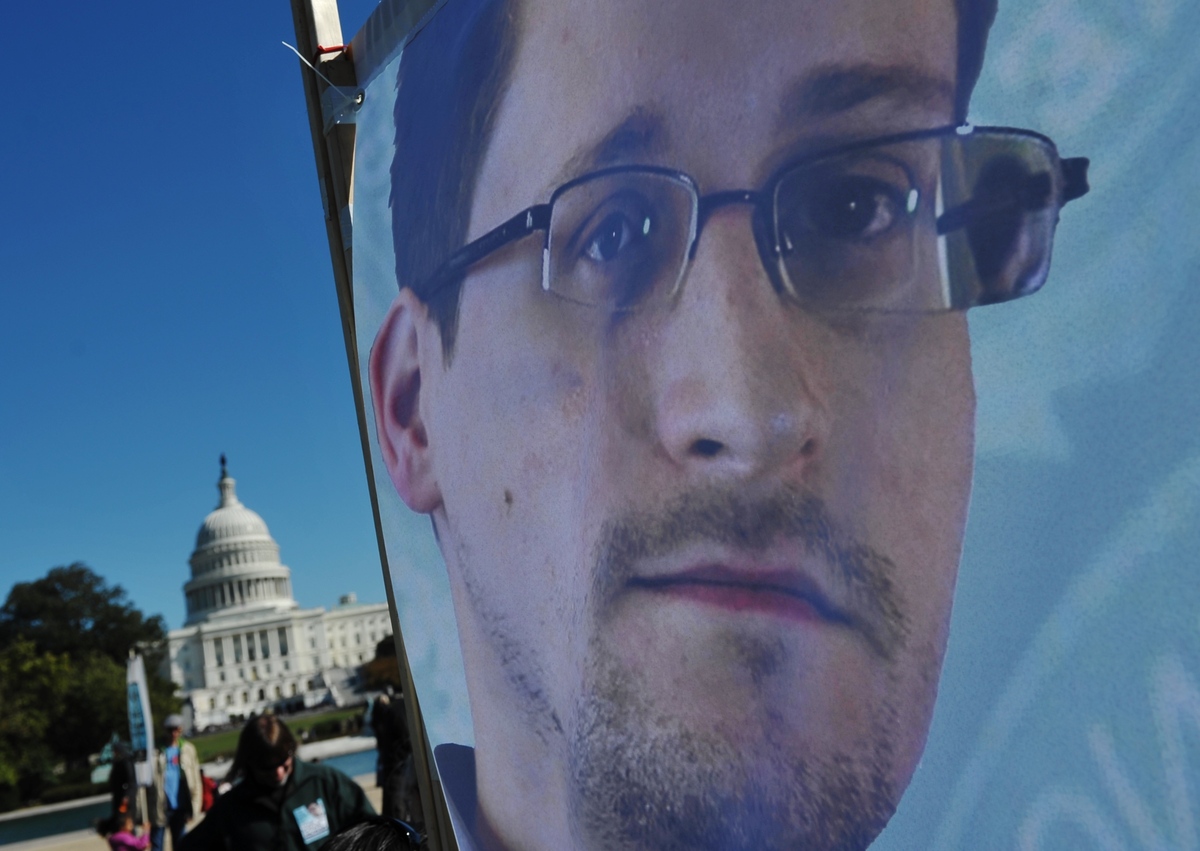 An image of Edward Snowden on the back of a banner is seen infront of the U.S. Capitol during a protest against government surveillance on October 26, 2013 in Washington, D.C.

Congressional leaders and the White House had one message for Edward Snowden on Sunday: There will be no clemency for illegally leaking documents that have revealed some of the U.S. government's most secret programs.

Senate intelligence committee chairwoman Dianne Feinstein, a Democrat of California, and her House counterpart, Mike Rogers, a Republican from Michigan, expressed that view on CBS' Face the Nation and White House adviser Dan Pfeiffer said pretty much the same on ABC's This Week.

Politico reports on Feinstein and Rogers:

"Feinstein said Snowden had done an 'enormous disservice to our country,' saying he squandered an opportunity to become a legal whistleblower and approach the intelligence committees with his information. Snowden had 'stripped our system,' she said, and should be fully prosecuted.

"And Rogers said he would not accept clemency for committing 'a crime that actually puts soldiers lives at risk in places like Afghanistan,' and the Russians are allowing Snowden to stay in the country in order to gain intelligence.

"Snowden 'took and stole information, he violated his oath, he disclosed classified information that, by the way, has allowed three different terrorist organizations, affiliates of Al Qaeda, to change the way they communicate,' Rogers said."

The New York Times reports that Pfeiffer said the administration had not considered clemency for Snowden and that he should just return to the country and face charges.

Of course, all of this comes just days after Snowden wrote an open letter in which he argued that "speaking the truth is not a crime."

Today, the German news magazine Der Spiegel published "A Manifesto for the Truth," in which Snowden argues that his revelations have spurred much-needed debate in the U.S. about surveillance.

"Instead of causing damage, the usefulness of the new public knowledge for society is now clear because reforms to politics, supervision and laws are being suggested," Snowden wrote, according to an English translation of the piece by Reuters. "Citizens have to fight against the suppression of information about affairs of essential importance for the public. Those who speak the truth are not committing a crime."