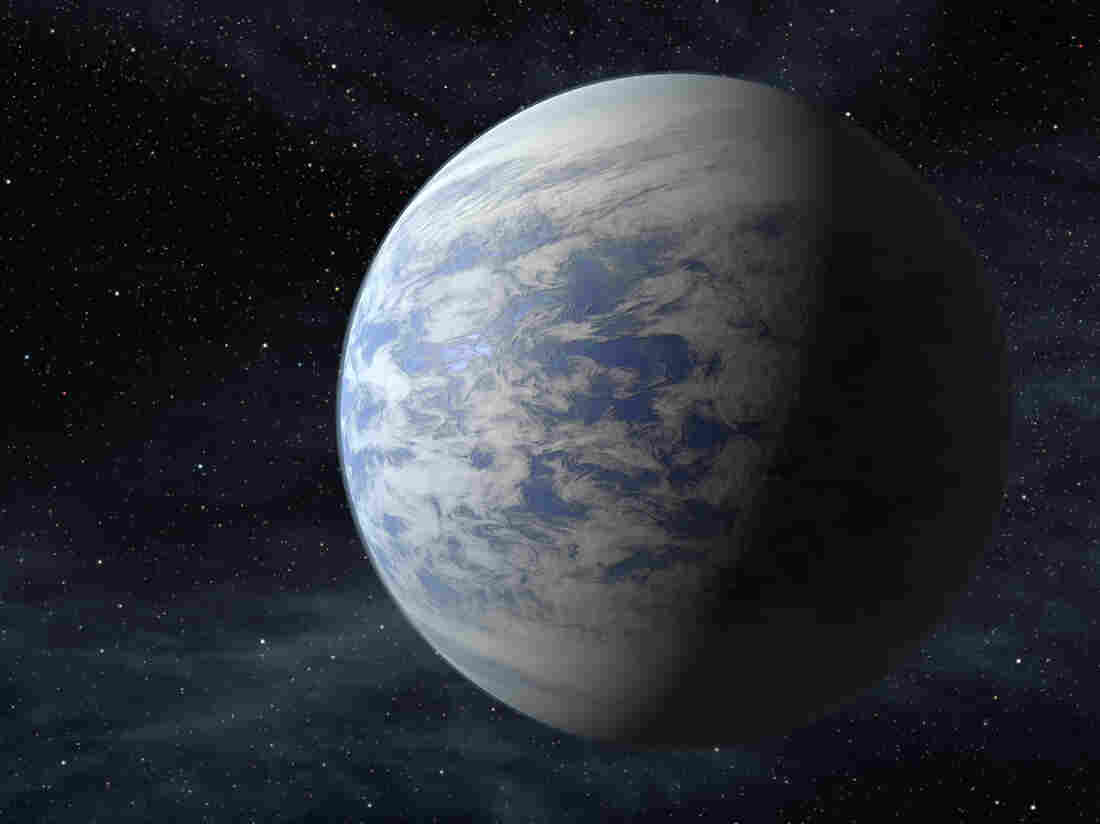 An artist's rendition of Kepler-69c, a super-Earth-size planet in the habitable zone of a star like our sun, located about 2,700 light-years from Earth in the constellation Cygnus. AP hide caption 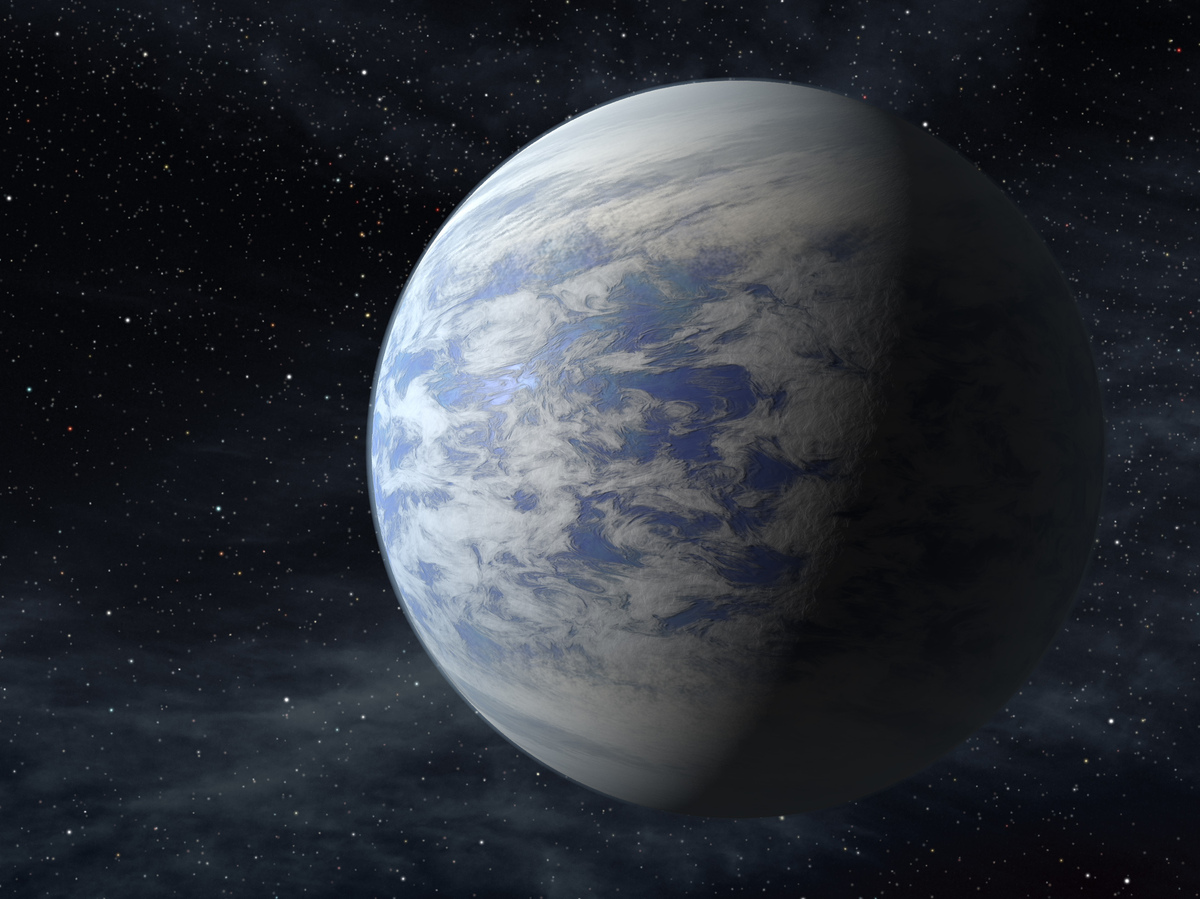 An artist's rendition of Kepler-69c, a super-Earth-size planet in the habitable zone of a star like our sun, located about 2,700 light-years from Earth in the constellation Cygnus.

A new study suggests there could be far more Earth-like planets orbiting distant stars than once thought, some of which might even harbor life.

A team of astronomers from the University of California, Berkeley and the University of Hawaii at Manoa, Honolulu, used the Kepler space telescope to survey 42,000 Sun-like stars looking for a telltale dimming caused by an orbiting planet as it crosses between us and the parent star.

While the method is not new, in the past it has tended to favor finding larger planets orbiting close in – lots of so-called "hot Jupiters" that are way too big and/or way too close to their stars to be candidates for life. Kepler's main mission has been to find planets in what astronomers call the "Goldilocks Zone" — not too hot and not too cold and just the right size for life as we know it to evolve.

The team publishing in the latest issue of PNAS looked at how frequently the dimmings took place to determine the orbital period — and therefore the distance from the star — as well as how much light was blocked, which gives an indication of the size of the planet:

"We found 603 planets, 10 of which are Earth size and orbit in the habitable zone, where conditions permit surface liquid water," the team writes. "We find that 22 percent of Sun-like stars harbor Earth-size planets orbiting in their habitable zones. The nearest such planet may be within 12 light-years."

"Over the past 18 years, astronomers have discovered 1038 planets orbiting distant stars. Disappointingly, though, the vast majority don't seem like candidates to support life as we know it—they're either so close to their home star that all water would likely evaporate, or so far away that all of it would freeze, or they're made up of gas instead of rock and more closely resemble our solar system's gas giants than Earth."

Andrew Howard, one of the study's co-authors, enthused at a recent news conference that their 22 percent figure means that "with about 100 billion stars in our Milky Way galaxy, that's about 20 billion such planets. ... That's a few Earth-sized planets for every human being on the planet Earth."

And, that's just in a single galaxy. If the figure for potentially habitable planets derived by the team of scientists is correct, we could take a minor flight of fancy and multiply the 20 billion planets by about 500 billion galaxies in the observable universe for a truly astronomical number – possibly 1,000 trillion Earth-like planets.