Accessibility links
Why India's Mars Mission Is So Much Cheaper Than NASA's : The Two-Way India launched its first-ever probe to the red planet on Tuesday at a cost of one-tenth what NASA is expected to pay for its latest Mars mission. 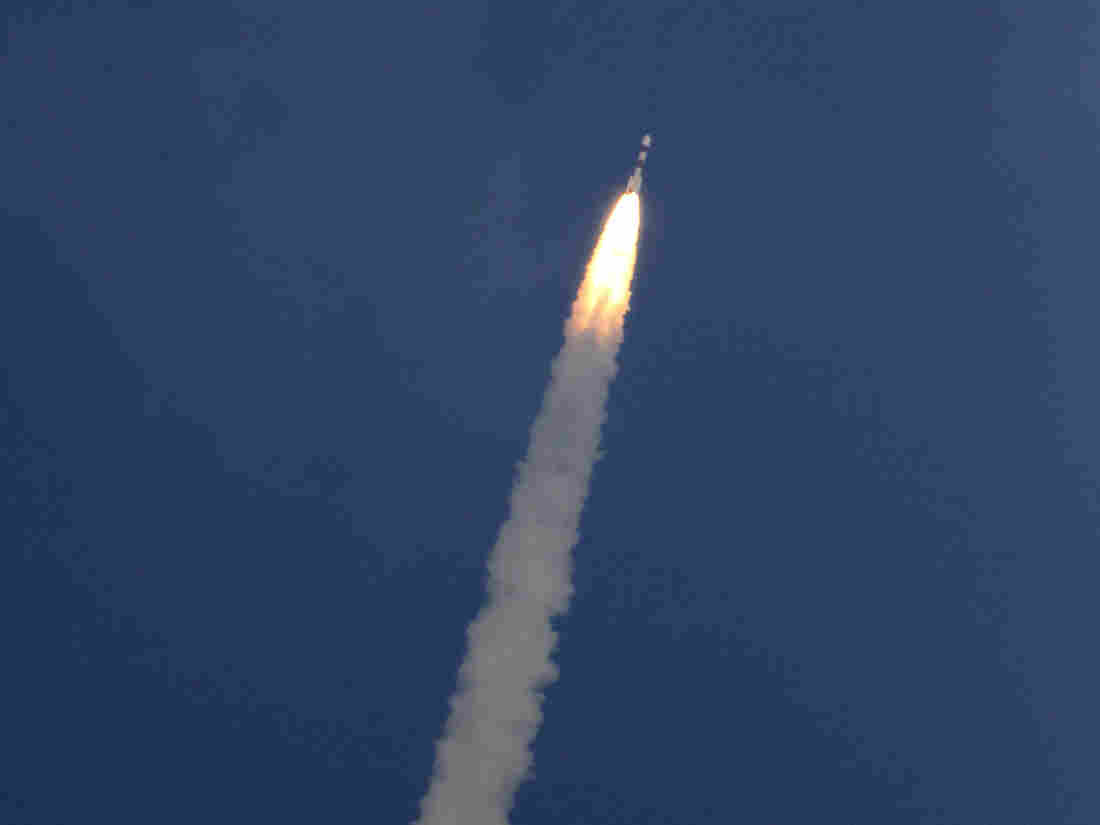 A rocket carrying the Mars orbiter lifts off from the island of Sriharikota, India, on Tuesday. Arun Sankar K/AP hide caption 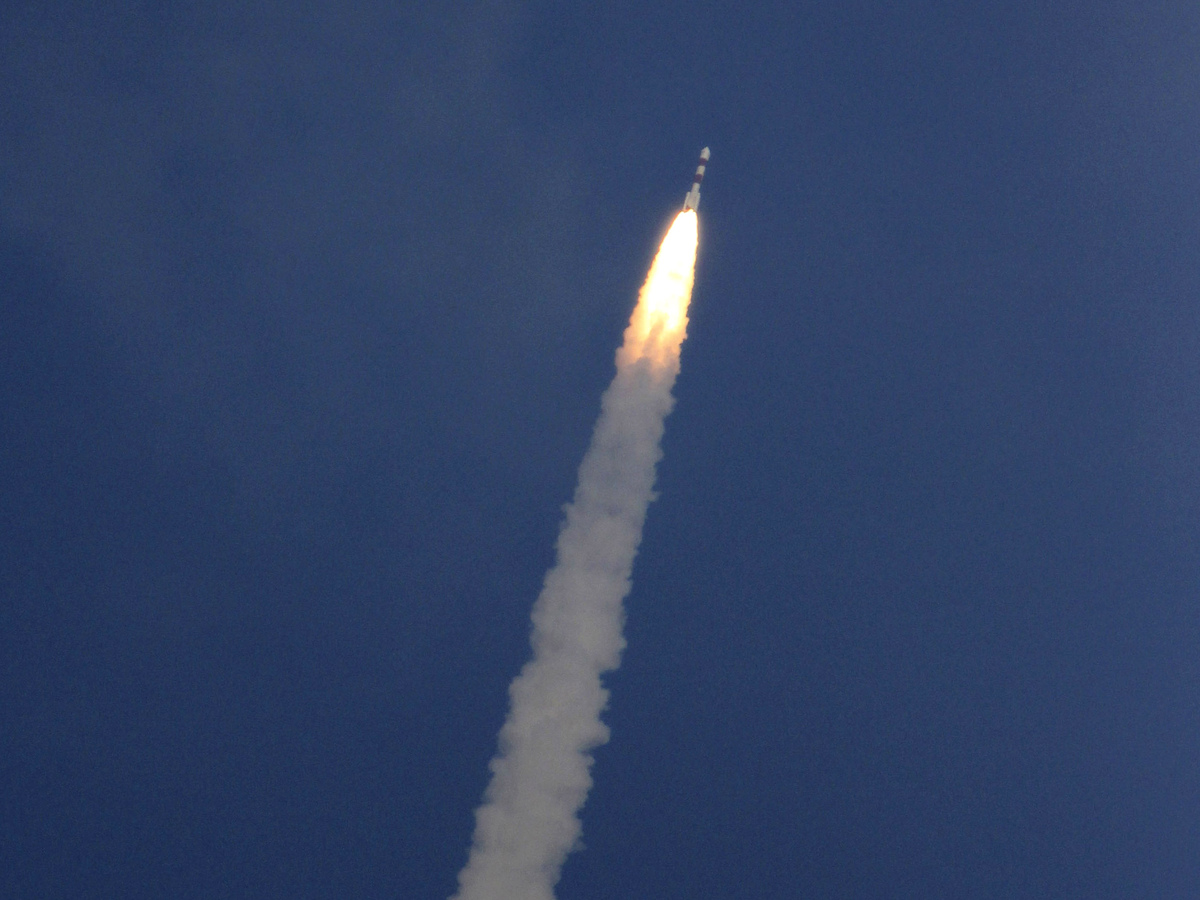 A rocket carrying the Mars orbiter lifts off from the island of Sriharikota, India, on Tuesday.

Former NASA Administrator Daniel Goldin pioneered a "faster, better, cheaper" approach to America's space program, but he would have been hard-pressed to deliver a Mars mission for the bargain-basement price of India's first probe to the red planet, which blasted off Tuesday.

"India's Mars mission, with a budget of $73 million, is far cheaper than comparable missions including NASA's $671 million Maven satellite that is expected to set off for Mars later in November," reports The Wall Street Journal, which is among several publications noting the disparity between the cost of U.S. space missions and India's burgeoning program.

Even the project director of India's Mars orbiter mission has been quick to tout his country's frugality in space: 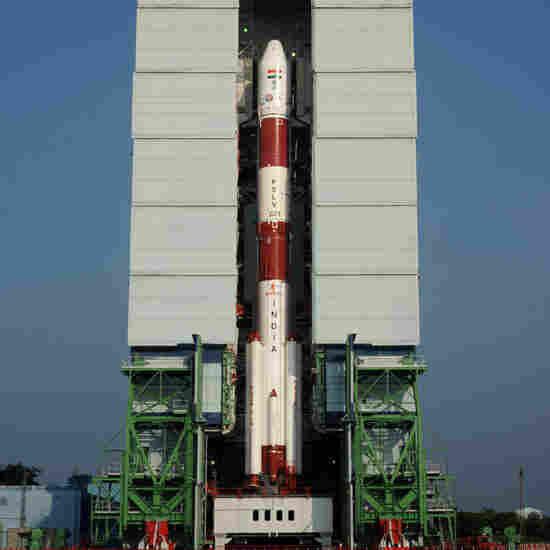 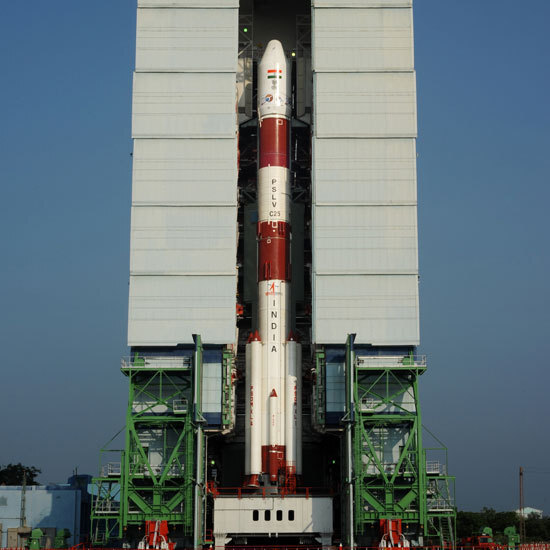 The PSLV-C25, with India's Mars orbiter aboard, prior to Tuesday's launch at the Satish Dhawan Space Centre in southern India.

"This is less than one-tenth of what the U.S. has spent on their Mars mission Maven," S. Arunan told reporters at a pre-launch news conference last week, according to Al-Jazeera, which added that "the cost-effectiveness of the mission is indeed turning out to be the highlight of the project, almost eclipsing the other aspects."

(Arunan's comments may have been directed partly at the critics of India's space program, who The Washington Post says "wonder why the country is spending $74 million on interplanetary travel while millions of its people remain poor and malnourished.")

In any case, there are some good reasons that India can do it cheaper than the U.S., says David Alexander, director of the Rice Space Institute. It basically boils down to parts and labor.

"I think labor is the biggest factor, as well as the complexity of the mission," Alexander tells NPR. "It takes a whole team of engineers."

Those engineers cost much less in India than they do in the U.S. The mean annual income for an aeronautical engineer in the United States is just under $105,000, according to the Bureau of Labor Statistics. While it's difficult to make direct comparisons, a blog that covers the aerospace industry in India indicates that the higher end of the scale for engineers there is less than $20,000.

Similarly, there's a vast gulf between the pay for electronics engineers. The average electronics engineer in the United States makes a little more than $120,000, according to Salary.com, as opposed to India, where Glassdoor.com says he or she might pull in less than $12,000 a year at a company such as Samsung India.

These figures are approximations — given factors such as the differences in experience levels and fluctuations in currency exchange rates over time — but they give an idea of the disparity. In general, it seems safe to say engineers in India make between one-tenth and one-fifth of what their U.S. counterparts do, in absolute terms.

Alexander says it appears that India's main goal is just getting to Mars, and so the probe is carrying "relatively simple" and therefore not-so-expensive instrumentation, he says.

It's a first try at a very complex mission, one that is orders of magnitude more difficult than India's Chandrayaan-1 probe to the moon five years ago. Mars missions have a history of failure. As Alexander points out, fewer than half of them — launched by the U.S., Russia and the European Space Agency — have been successful.

"What the Indians want to know is: Will it survive? And will it get into orbit?" Alexander says. "I think the hope is that even if it fails, they are going to learn something."

The Associated Press notes that no country has reached Mars on the first try. China's 2011 attempt with Russia to send the Yinghuo-1 probe fizzled when the Russian rocket failed to leave Earth orbit. A 2003 mission by Japan got farther but couldn't get into Mars orbit.

And as Reuters points out, a successful Indian mission will have the effect of "positioning the emerging Asian giant as a budget player in the latest global space race."