Accessibility links
Toronto Mayor: 'Yes, I Have Smoked Crack Cocaine' : The Two-Way Rob Ford said it happened during the past year, perhaps during a "drunken stupor." Over the weekend, the embattled politician apologized but vowed to continue on as mayor. 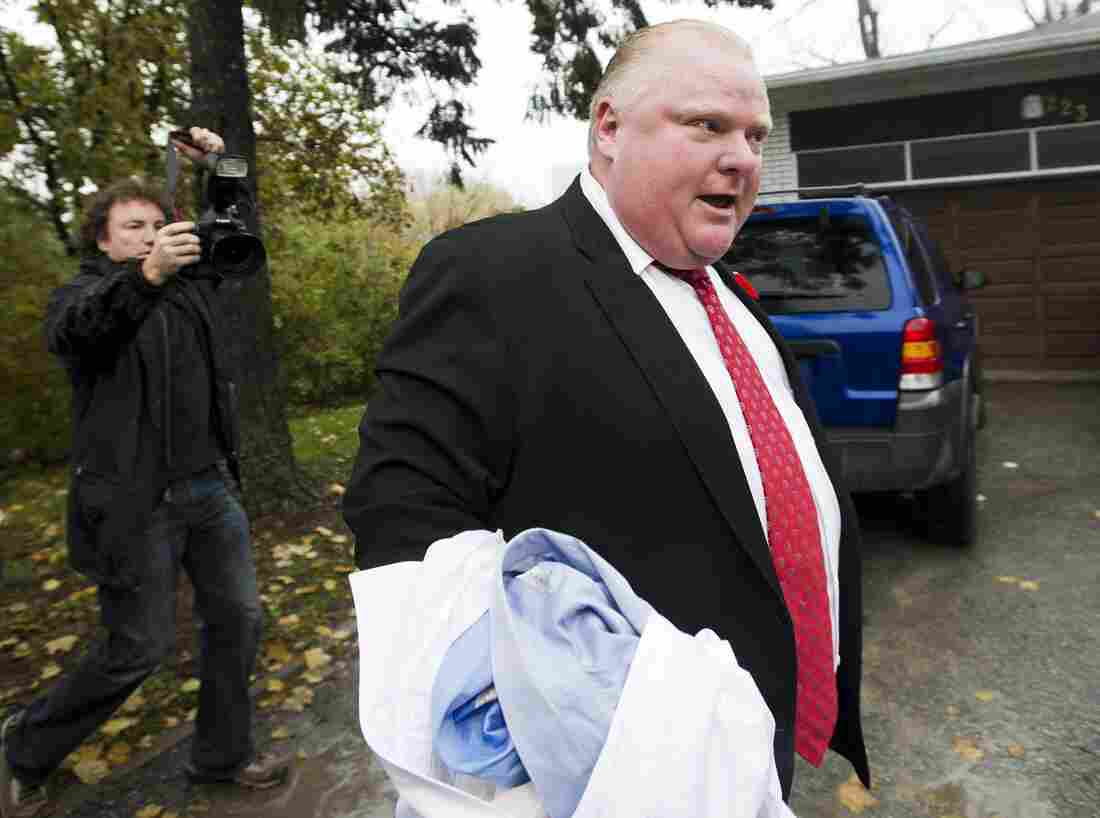 Toronto Mayor Rob Ford told members of the media to get off his property as he left his home in Toronto on Oct. 31. Nathan Denette/AP hide caption 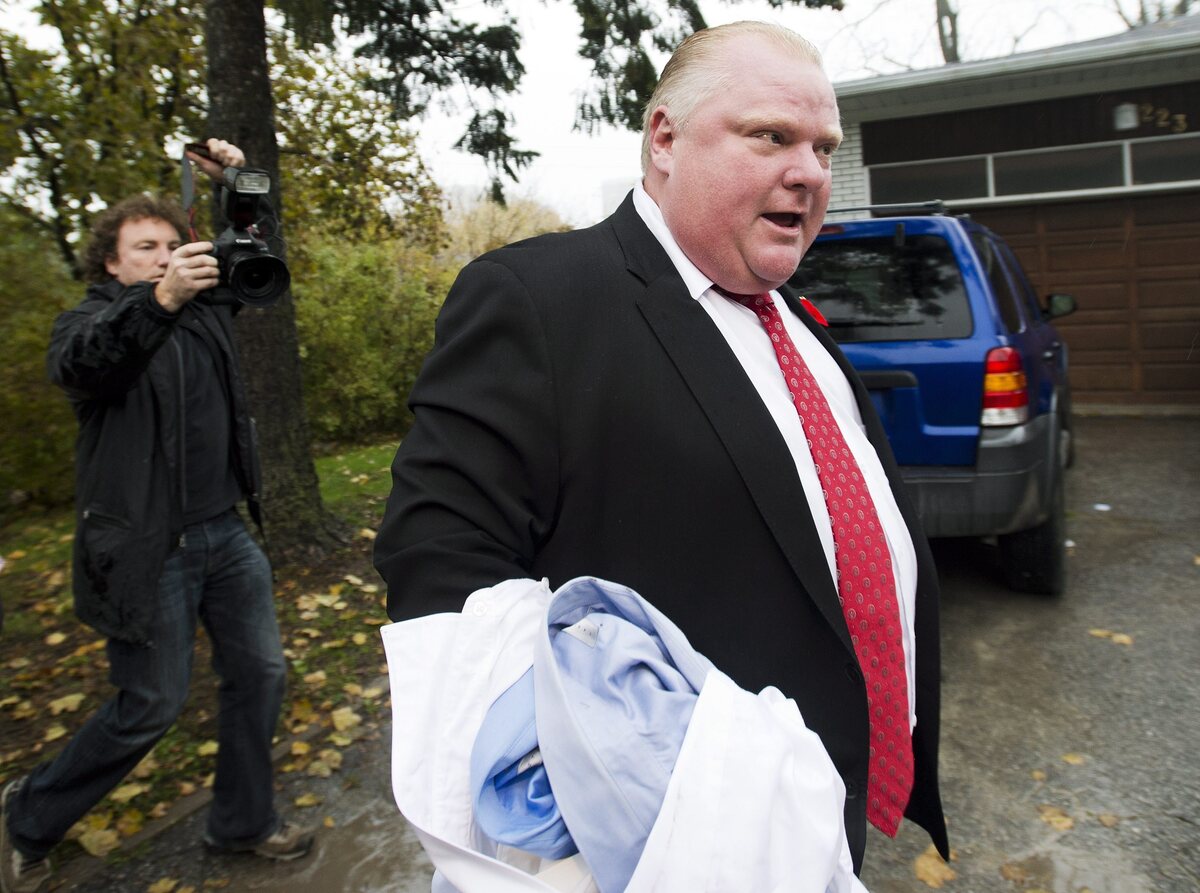 Toronto Mayor Rob Ford told members of the media to get off his property as he left his home in Toronto on Oct. 31.

"Yes I have smoked crack cocaine... Probably in one of my drunken stupors."

That's what embattled Toronto Mayor Rob Ford just dropped on the media during a surprise press conference just after noon ET on Tuesday.

According to The Toronto Star, Ford qualified:

" 'I wasn't lying. You didn't ask the correct questions,' Ford explained to why the admission was so long in coming.

"Ford said he smoked crack about a year ago. 'I don't even remember.' "

As we've reported, Ford has been dogged for months by rumors of a video that allegedly shows him smoking crack. The existence of the video was first reported by the Toronto Star and Gawker back in May, but the story took a dramatic turn Thursday when Toronto Police Chief Bill Blair said authorities now had that video and confirmed that the images of Ford on the video are "consistent with that which had previously been described in various media reports."

Ford apologized over the weekend but stopped short of admitting he had smoked crack.

But Ford also made it clear that he intends to "ride this storm out."

Ford repeated that sentiment during Tuesday's press conference when, as the CBC reports, he said, "I've made mistakes and all I can do is move on."

Delivering a prepared statement at City Hall a few minutes ago, Ford said he will not step down.

"I was elected to do a job and that's exactly what I will continue doing," Ford said.

Ford did open by saying this episode has "embarrassed everyone in this city and I will be forever sorry."

He continued: "There is only one person to blame for this, and that is myself. I know that admitting my mistake was the right thing to do and I feel like 1,000 pounds have been lifted off my shoulders. I can't explain how difficult this was to do."

He added: "I want to be crystal clear, these mistakes will never, ever happen again."

According to his official biography, Rob Ford was elected mayor in October of 2010, after serving 10 years on the city council.

The 44-year-old mayor's father was a member of the provincial parliament from 1995 through 1999. Before entering politics, Ford worked in the family business, Deco Labels & Tags, which produces labels for all kinds of products including food and clothing.

Mayor Ford is expected to make another announcement any minute now. CP 24, "Toronto's Breaking News" station, has a live feed of the stakeout outside Ford's office.

Meanwhile, the CBC reports that there's been backlash against Ford on the city council:

"Coun. Jaye Robinson said that now, Ford does not have even 'a shred of credibility,' and she wants to see him take a leave of absence.

"'The real issue is getting the mayor to address his health issues, step aside [and] take a leave of absence, as I've been saying for six long months,' said Robinson. 'And now he's coming forward and he's admitting that there is clearly a problem here.'"

All that said, a poll released after police chief revealed the video found that Ford's approval rating jumped 5 percent.

CBC Radio has posted audio of the press scrum. A reporter asks Ford, "Do you smoke crack cocaine?"