Accessibility links
Soaring Personnel Costs Threaten Readiness, Hagel Warns : The Two-Way In an interview, the Pentagon chief says adjustments need to be made soon so that spending on health care, retirement benefits and related programs don't leave the nation with "a military that's heavily compensated, but probably a force that's not capable and not ready."

Health care and retirement costs that already account for a large part of the U.S. military's budget and are on a path to go even higher could leave the nation with "a military that's heavily compensated, but probably a force that's not capable and not ready," Defense Secretary Chuck Hagel tells NPR. 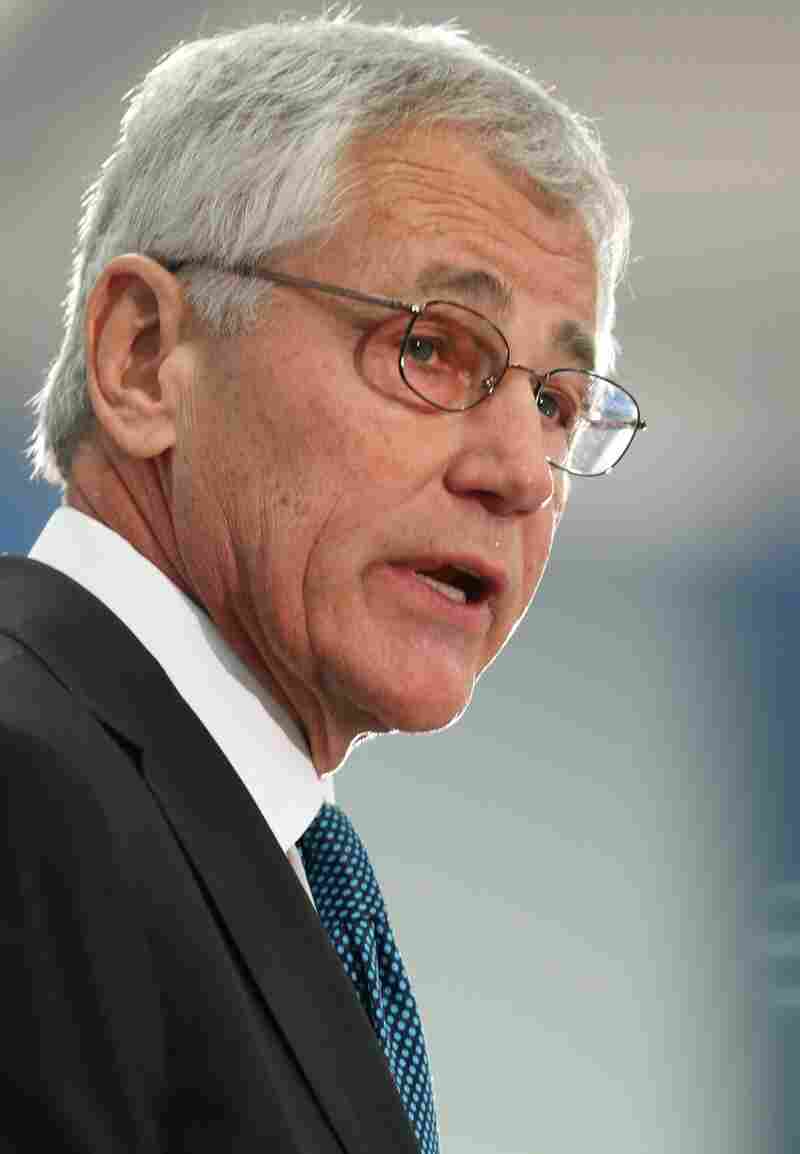 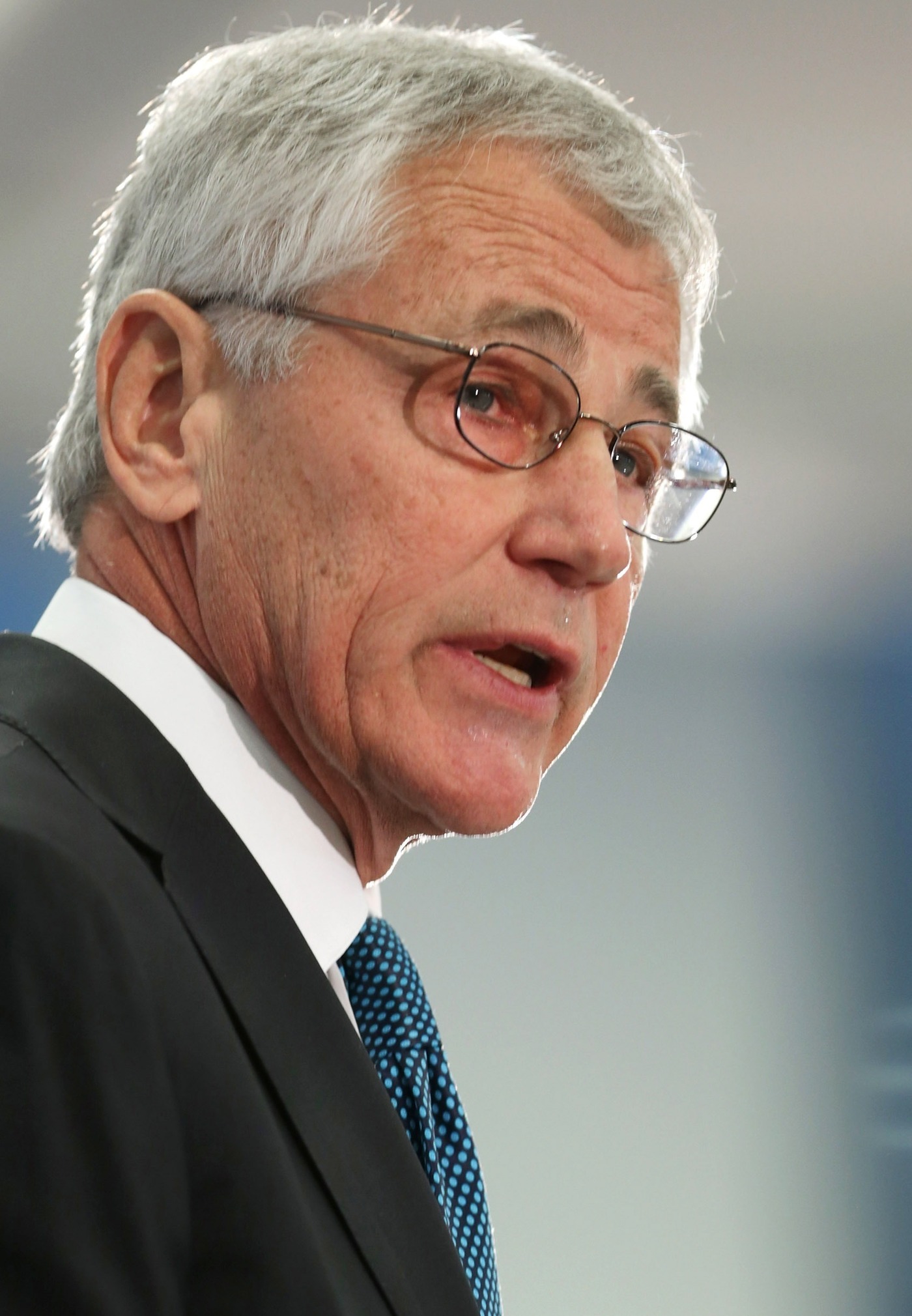 "That's where it's going, that's not a subjective comment," Hagel told Morning Edition host Steve Inskeep during an interview that aired Wednesday.

The Pentagon chief noted that personnel costs — including spending on health care and retirement — account for about 50 percent of the military's budget. "We know we can't afford it," Hagel said, and still be able to spend on equipment and other things that are vital to national security. He hopes the Obama administration and Congress can work together to make adjustments soon that "deal with it, now, in a fair way that doesn't hurt anybody. It's like Social Security reform and Medicare reform, if you start adjusting now."

Hagel also spoke about the effort to bring women into combat roles, saying it has to be done "in a way that makes sense to give women a fair and equal opportunity," without establishing quotas or other numerical goals.

NPR visited him on a day when he hosted six enlisted personnel for lunch.

An enlisted man himself during the Vietnam War, Hagel said that if he had been given the chance to meet the secretary of defense when he was in the Army, he "probably would have stuttered my way through my chocolate chip cookie" to ask "what is our objective in Vietnam?"