Accessibility links
He's 'Extremely Inebriated' In New Video, Toronto Mayor Says : The Two-Way Mayor Rob Ford has now admitted that he smoked crack in a drunken stupor and that he was drunk when he was videotaped threatening to kill someone. He's still saying he won't resign. 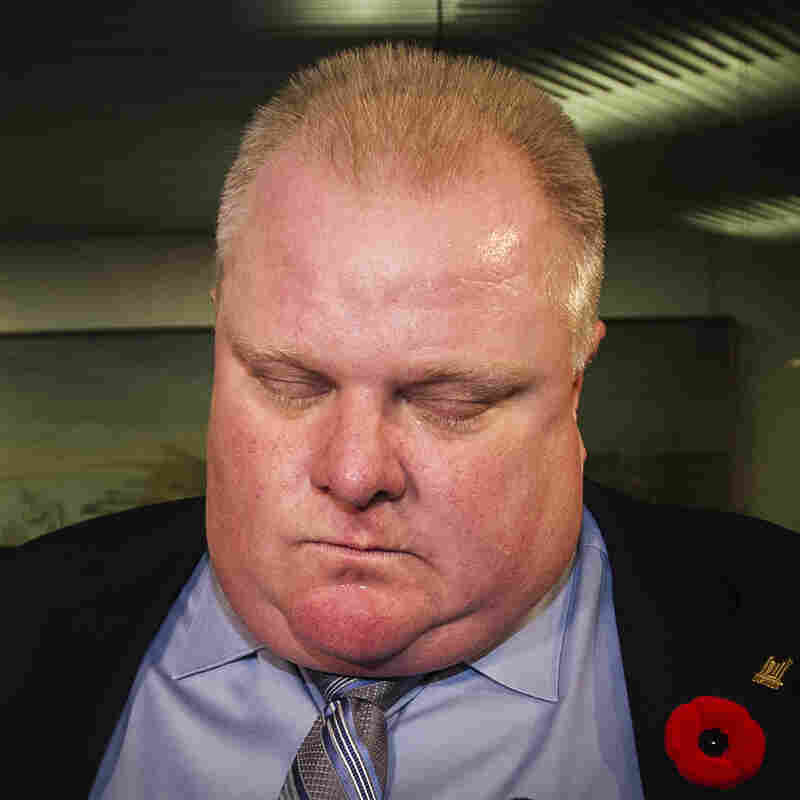 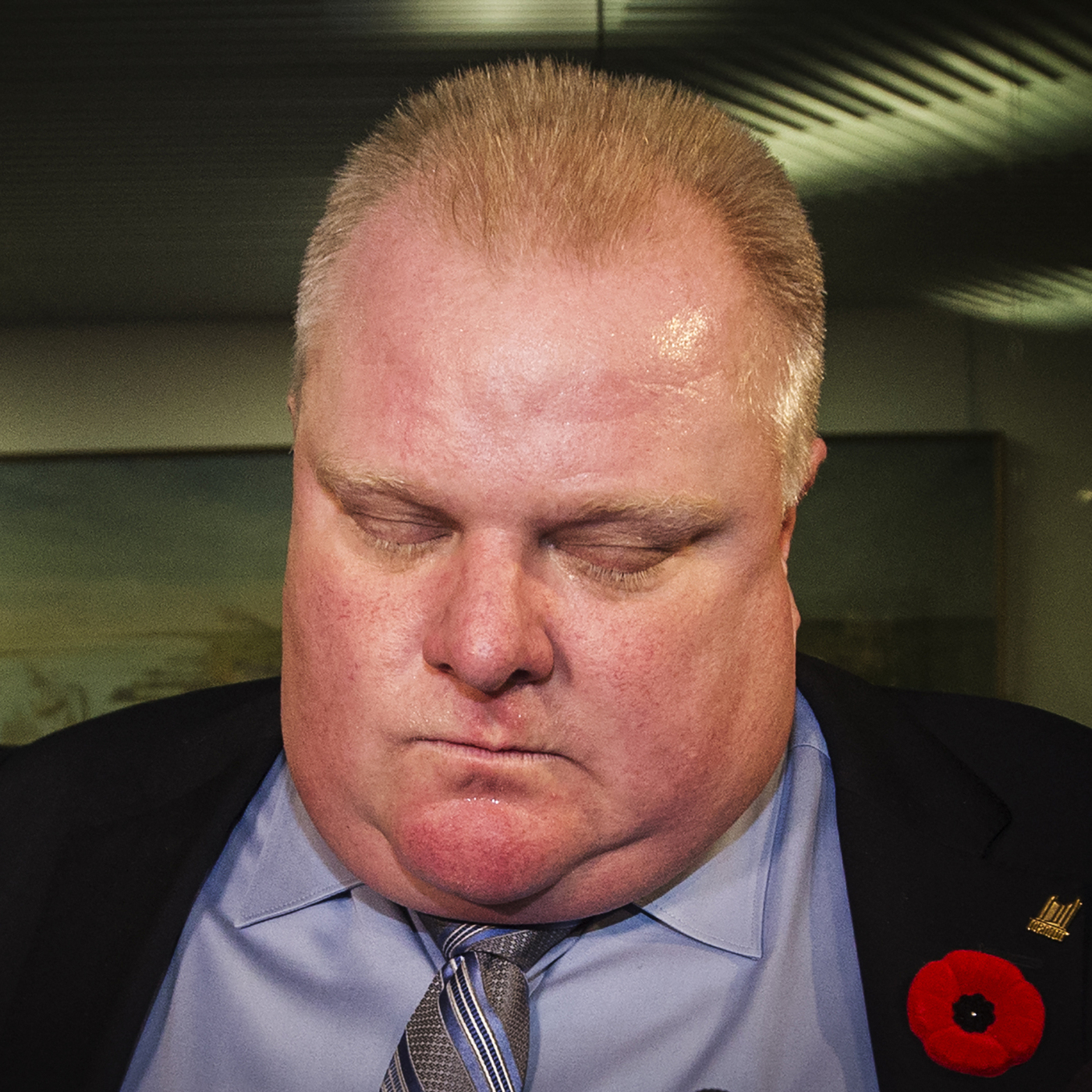 The mayor, who on Tuesday admitted that "yes I have smoked crack cocaine ... probably in one of my drunken stupors" after reports about one video he appears in, issued his "extremely inebriated" mea culpa on Thursday in response to another.

We can't post the newer video here because of the many F-bombs the mayor drops. There are versions on the websites of The Toronto Star and The Toronto Sun.

The CBC sums up what's on the video this way: Ford "yelling wildly, swearing profusely and acting erratically."

The Sun says it's Ford "acting wildly and belligerent and using threatening words including 'kill' and 'murder' with reference to an unidentified person."

The Star writes that Ford, "the mayor of Canada's largest city, has been caught on videotape in an impaired rant saying he is going to kill someone and 'rip his f--king throat out.' "

Ford, a 44-year-old independent, has vowed not to resign. There is no provision for a recall vote. He's also said he plans to run for re-election next year.

In addition to saying he was obviously drunk, Ford said Thursday that the newly discovered video is "embarrassing" and that he's made "mistakes."