Accessibility links
Blockbuster Fades Out, But Some Zombie Stores Will Live On : The Two-Way Dish Network announced this week that it will shutter the 300 or so remaining Blockbuster stores it owns across the country. But in some places, dozens of the video stores will have an unlikely afterlife. 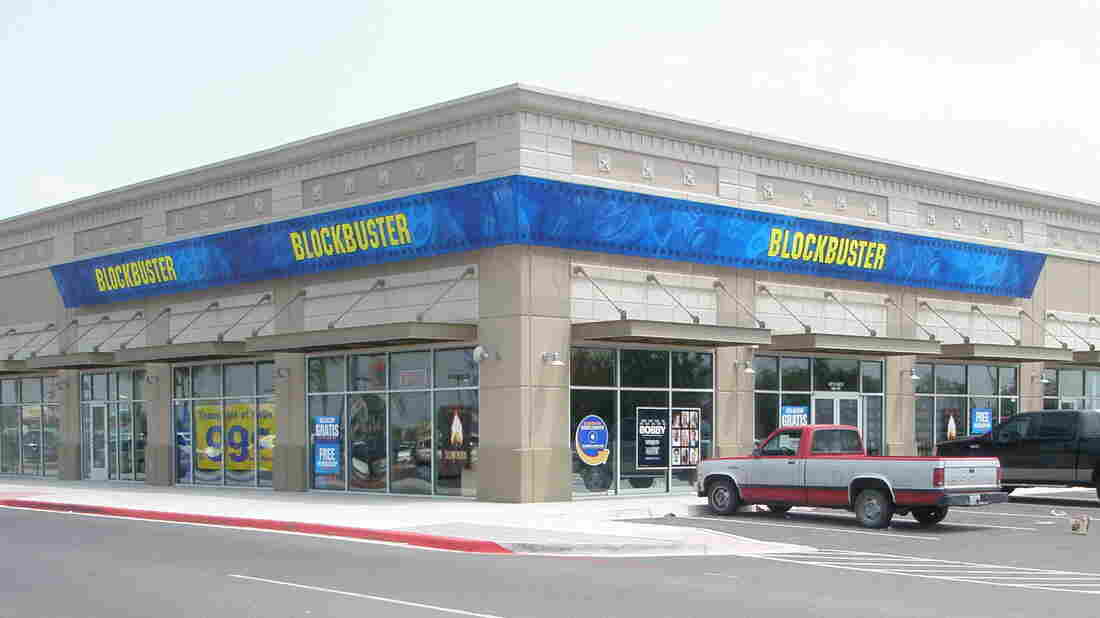 This Blockbuster store in Mission, Texas, is franchised by Border Entertainment. The company has 26 stores across Texas and Alaska that will live on after the last 300 or so company-owned stores are closed by early January 2014. Courtesy of Alan Payne hide caption 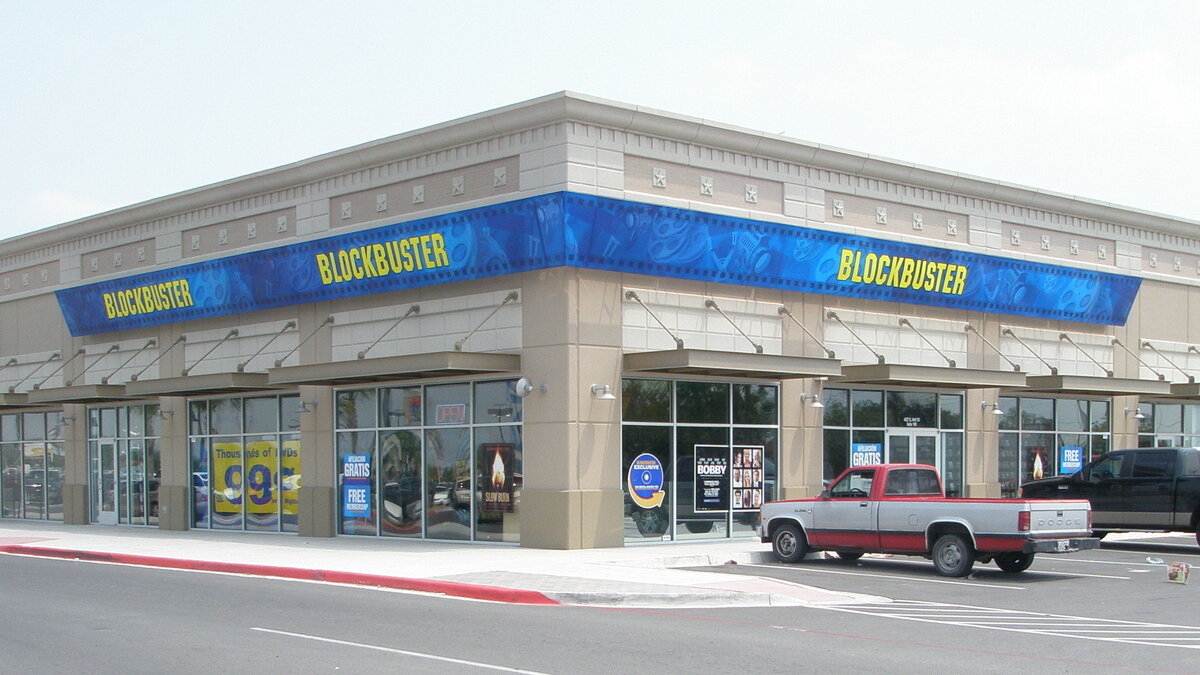 This Blockbuster store in Mission, Texas, is franchised by Border Entertainment. The company has 26 stores across Texas and Alaska that will live on after the last 300 or so company-owned stores are closed by early January 2014.

Blockbuster was once the king of movie rental stores. At its peak, it had about 60,000 employees and more than 9,000 stores.

But after struggling for several years, the chain is breathing its last gasp. Dish Network, which bought Blockbuster in a 2011 bankruptcy auction, says it will close the remaining 300 or so company-owned stores by January.

On Twitter, it put out a call for "Blockbuster Memories."

The last day to rent a movie from a Blockbuster store is this Saturday, Nov 9. What will your last rental be? #BlockbusterMemories

But don't be surprised if you stumble across an open Blockbuster in Alaska or Texas. In those states, 26 stores are owned by the Austin, Texas-based Border Entertainment. They're among roughly 50 franchises or licensees that will live on after the parent company shuts down, becoming what are often called "zombie" stores.

Border Entertainment's president, Alan Payne, tells All Things Considered host Melissa Block that while business isn't what it was a few years ago, his stores are still profitable.

"We've managed to make it work," he says. "We've just been totally focused on what the stores could do that our competition could not do."

That means maintaining a large selection, keeping prices low and knowing your customers. In Payne's stores, an older movie that you wouldn't find in a Redbox kiosk costs only 49 cents a day, or 99 cents a week.

Although Dish Network blamed the downfall of video stores on the rise of digital distribution, Payne says not all consumers have gone online.

"If you're sitting at home right now and you don't want to buy a movie, you want to rent one, the only place you can really do that is online," he says. "A lot of people don't know how to do that. And the ones that do, it would cost them $3 or $4."

And especially for customers in his Alaska stores, expensive Internet access might keep them from streaming movies online in the first place.

Payne says the final closures shouldn't make that big of a mark on his business. The stores will license Blockbuster's trademark, print their own materials and change out their computer system.

Getting movies won't be any harder, he says, because Border Entertainment buys them from a wholesale distributor. And sometimes, the company just sends a store manager out to buy multiple copies.

"It sounds crazy, but most mass merchants that sell movies sell them at cost," he says. "So we can go to Wal-Mart, for example, and we'll pay about the same price to them that we would pay to a wholesale distributor."

Payne estimates his niche business will still be good for at least another two or three years. The company currently has about 40,000 people coming through its stores every week.

"I don't have my head in the sand. I know that we're challenged by all the technology," he says. "But I haven't given up on the opportunity that it might flatten out at some point. So that's what we work toward — but we have to be realistic and realize that it is declining."

Ultimately, Payne says it's not just a good selection and low prices that have kept customers coming back to his Blockbusters as the chain dissolved around them.

"Part of why people come, obviously, is for the community experience of seeing friends and seeing our employees in the stores that obviously know movies," he says. "That's part of why we're still here, because a lot of people like that experience."