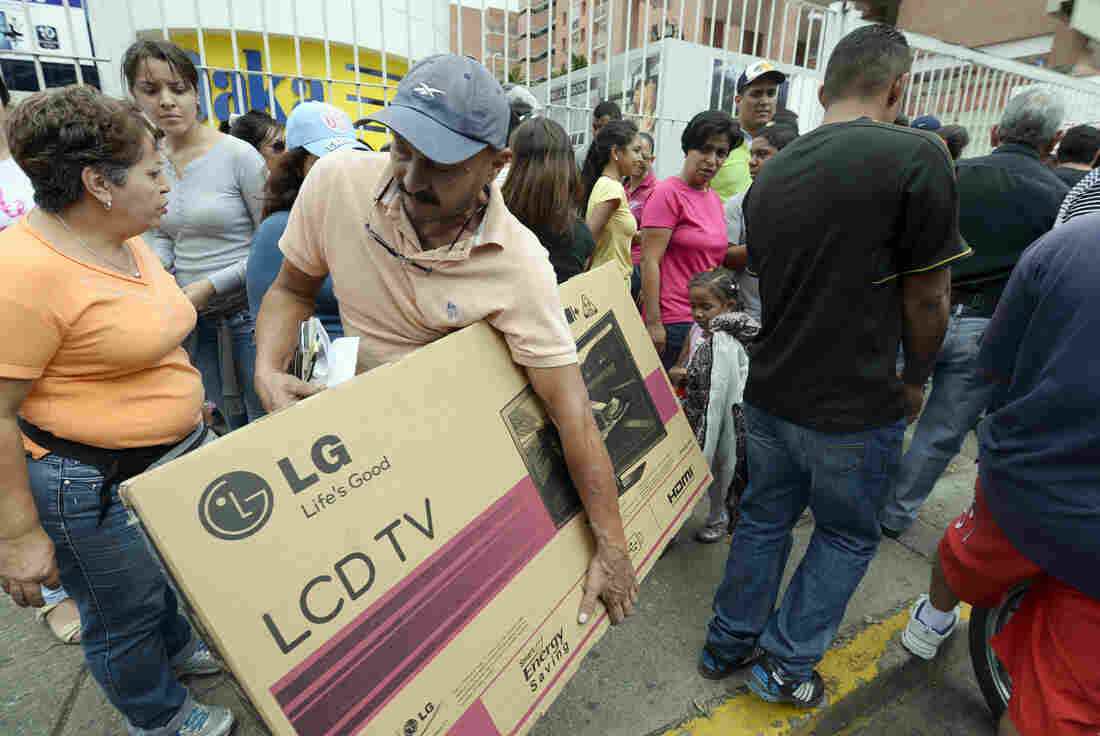 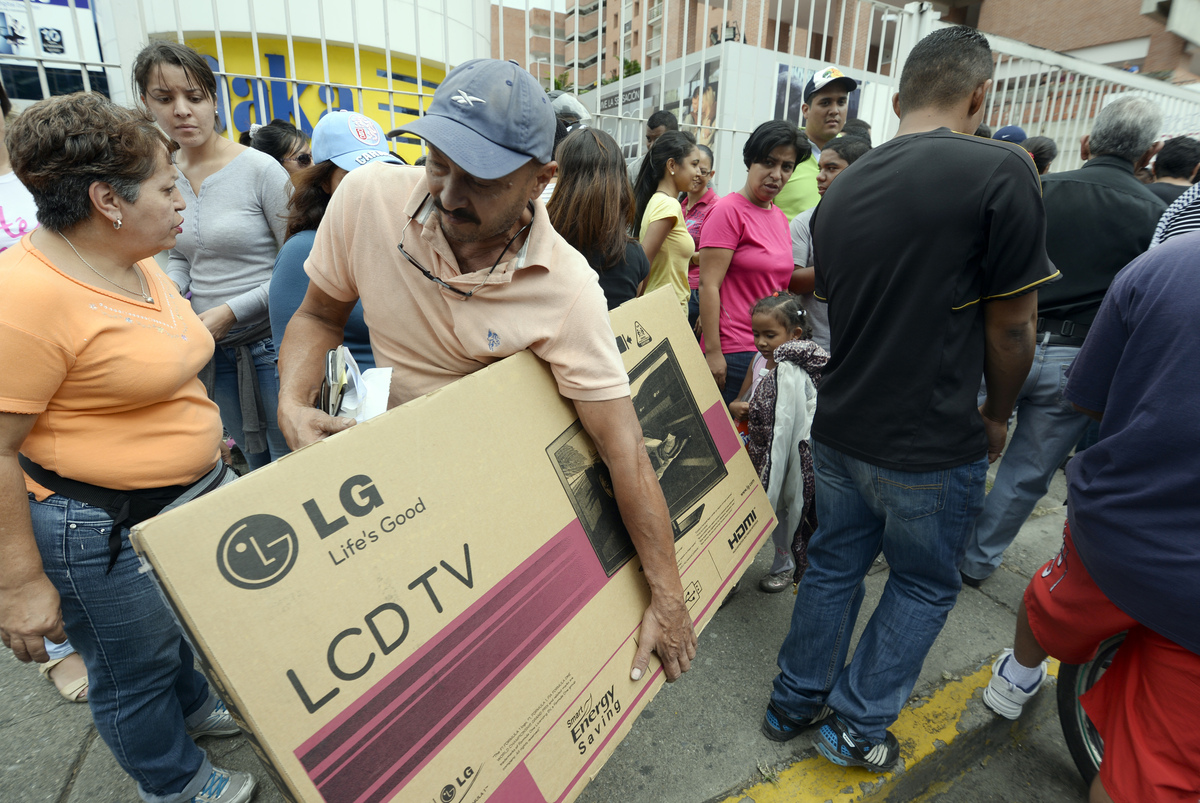 Shoppers loaded with purchases leave a Daka store in Caracas on Saturday.

"When the bourgeoisie feel powerful, they take from the poor to make themselves rich," Maduro said on Friday, according to El Universal. Maduro then ordered the "occupation" of a five-store chain called Daka and said his government would reprice its products so they were fair.

"We're going to comb the whole nation in the next few days," he said, according to Reuters. "This robbery of the people has to stop."

The AP reports that this morning, Venezuelans made long lines at Daka stores, hoping for a deal. The wire service reports:

"Jose Solano, shopper number 223, sides with Maduro and blames an 'economic war' waged by enemies of the socialist revolution started by the late Hugo Chávez for pushing up prices beyond reach. With his son, he plans to spend the night sleeping in line so they can purchase a 46-inch, Sony plasma TV at a quarter of the 54,000 bolivar listed price still visible through the glass store front. The TV costs $8,571 at the official exchange rate and about $1,000 at the black market rate.

"'I heard the owners of this store don't even live in Venezuela, they're in Miami,' said Solano, a 49-year-old salesman of engine varnish.

"'They import at 6.3 but then sell it to the people and six times the amount,' he said, referring to the gap that has opened between the dollar exchange rate some companies are able to import goods at and the black market one used to set prices for everything except the most basic, price-capped goods. 'We can't allow this to continue.'"

Telesur, a news station funded by ALBA states, gives an example of the kind of price gouging the government says is going on: A laptop the store bought for $601, TeleSur says, was being sold at one location for $4,125.

Meanwhile, La Verdad newspaper showed pictures of what it said was a ransacked Daka. But a senior Venezuelan official immediately tweeted that in other parts of the country, the stores were totally normal.

El Universal reports that the owners of the stores have been detained and that Maduro also said that his government is preparing a "special operation to protect the right of our people to buy themselves a little car."

As we noted when we reported that Maduro had started the Christmas season early by decree, his motivations may not be entirely altruistic.

Maduro's party is facing hard-fought municipal elections in December, so he decided to hand out the Christmas bonus just before Venezuelans went to the polls. He said the occupation of this electronics chain is also an effort to protect those bonuses.