Accessibility links
'Ferrari Of Space' Crashing Back To Earth — Maybe Tomorrow : The Two-Way Sometime Sunday or early Monday, a 2,425-pound satellite that ran out of fuel last month and began falling from its already low orbit will plunge back to Earth. About a quarter of the European Space Agency's satellite is expected to survive re-entry and strike somewhere on the planet.

'Ferrari Of Space' Crashing Back To Earth — Maybe Tomorrow

'Ferrari Of Space' Crashing Back To Earth — Maybe Tomorrow 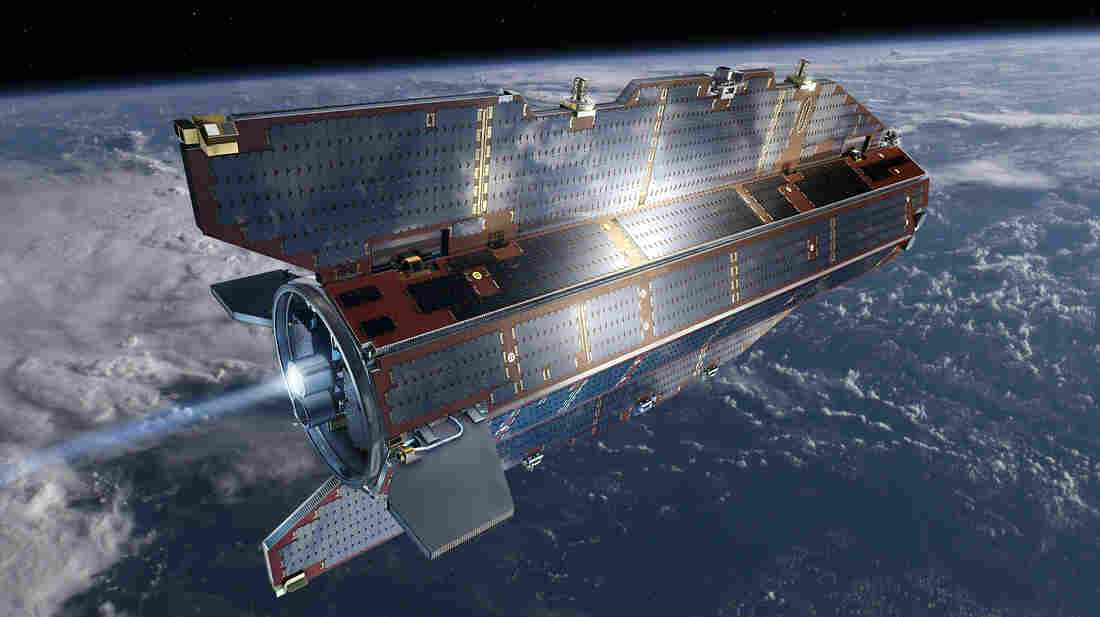 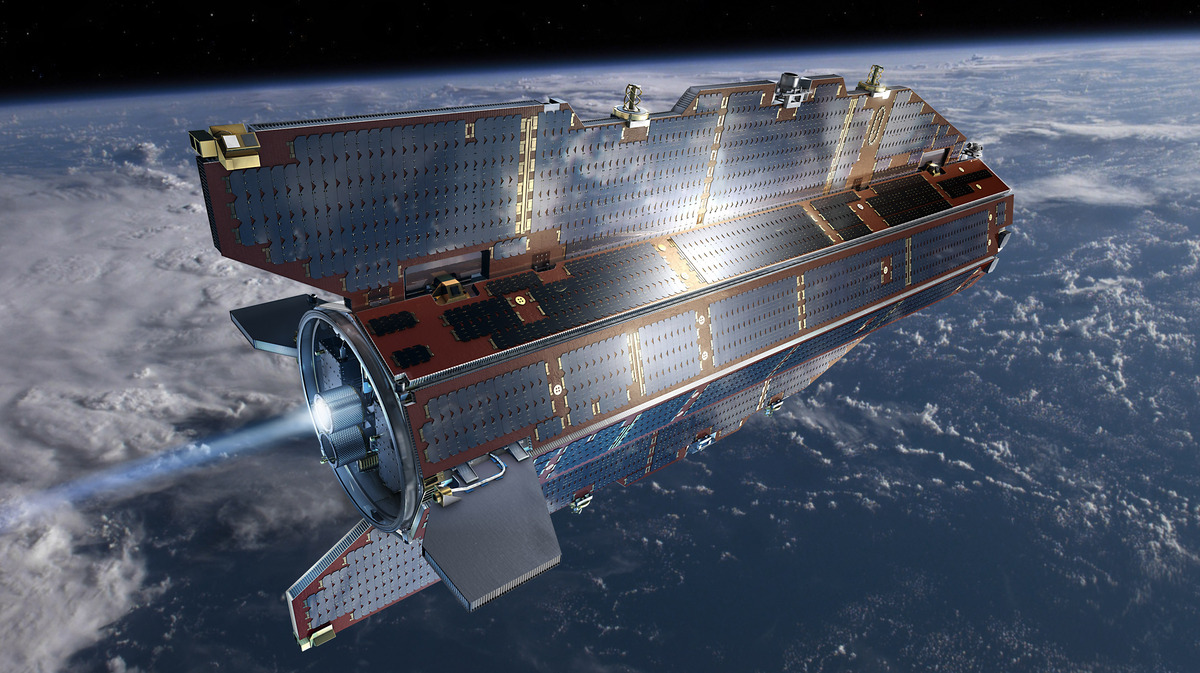 An artist's rendering of the European Space Agency's GOCE satellite, which is now out of fuel and expected to fall to Earth sometime Sunday or early Monday.

Sometime Sunday or early Monday, a 2,425-pound satellite that ran out of fuel last month and began falling from its already low orbit will plunge back to Earth.

The European Space Agency's Gravity Field and Steady-State Ocean Circulation Explorer (GOCE) — so sleek that it was nicknamed "the Ferrari of space" during its mission mapping Earth's gravitational field — is expected to break into hundreds of pieces as it falls through Earth's atmosphere, with a few dozen fragments big enough to make it to the planet's surface or (more likely) its oceans.

Reuters reports that as much as 25 percent of the satellite could survive re-entry.

Scientists say there's little to worry about from the falling debris, at least statistically. (The head of the European Space Agency's Space Debris Office says it's "250,000 times more probable to win the jackpot in the German Lotto than to get hit by a GOCE fragment.") But unlike many other out-of-control satellites scientists have tracked over the years, they have little idea at this point where the chunks of GOCE will land.

That's because, as The New York Times explained this week, "Its orbit goes almost directly over the poles, and as the planet rotates, almost all places on Earth pass beneath it at some point."

As the satellite's re-entry nears, scientists will have a better idea of which areas of the Earth could be in its path.

In a post Saturday on the European Space Agency's blog, GOCE Operations Manager Christoph Steiger said the satellite had descended to an altitude of around 160 kilometers (about 99 miles) above the Earth Saturday morning. "GOCE is expected to fall by over 13 km (8 miles) today, with the final re-entry into the atmosphere probably less than 2 days away," Steiger wrote.

"An uncontrolled re-entry was always the planned fate for GOCE, which was launched in March 2009. Unlike most spacecraft, which use thrusters to adjust their orbits, it has a highly efficient propulsion system called an ion engine. Unlike thrusters, the engine can fire continuously to offset atmospheric drag.

"That allowed GOCE, with its sleek, airplanelike shape, to maintain a low orbit, just 160 miles up and later 140 miles. From that perch, it made gravity measurements that were much more accurate and detailed than previous ones."